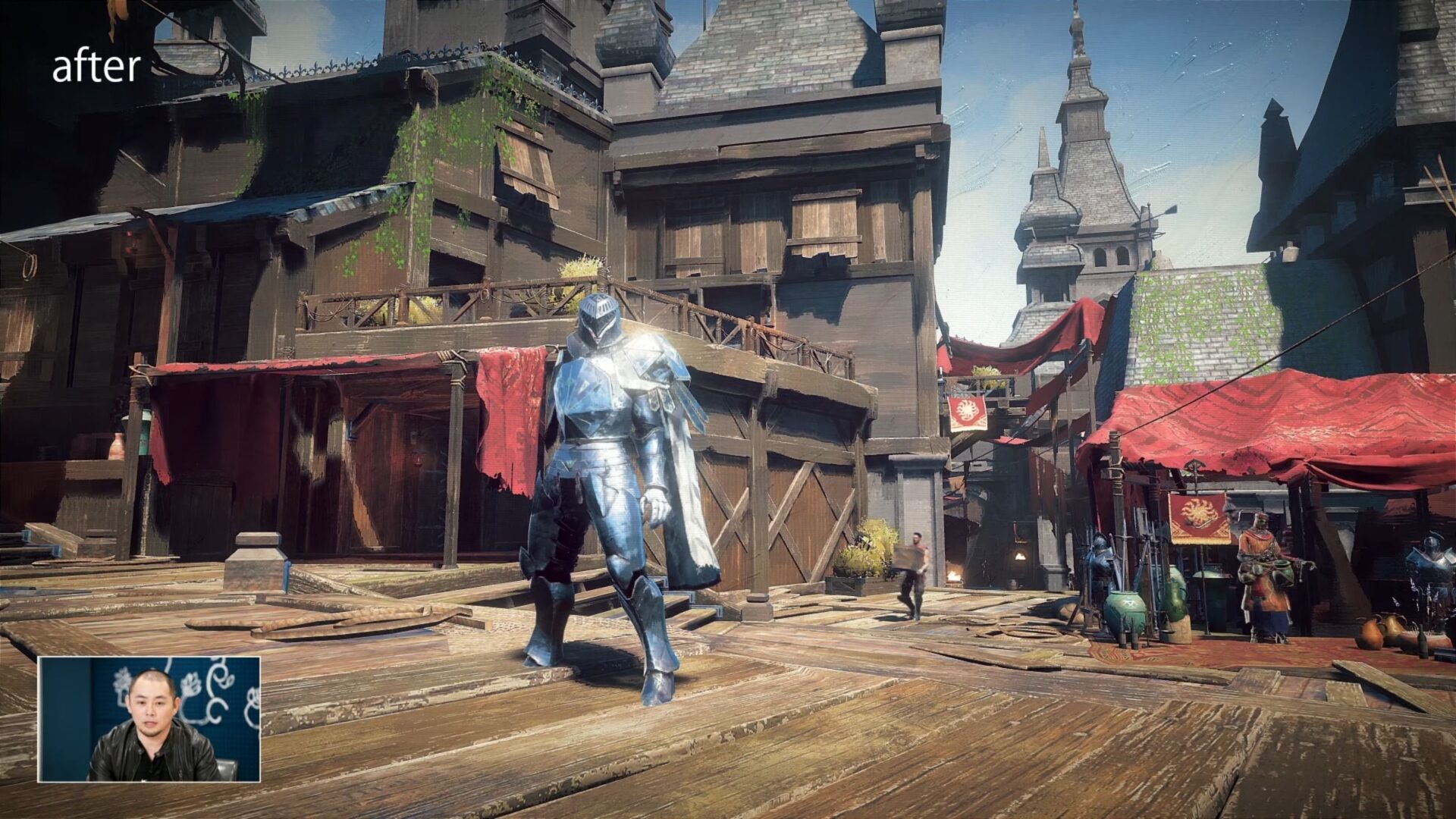 Today Square Enix hosted a livestream dedicated to PlatinumGames’ upcoming title Babylon’s Fall, focusing on elements that have been improved ahead of the third closed beta.

Below you can see footage showcasing visual improvements mostly focused on the Brushwork filter.

We also take a look at tweaks made to the basic battle system for each weapon and at the models of attack.

Further improvements include the dynamic scaling of enemy HP depending on the number of party members, on top of enhanced responsiveness to controls.

You can watch the footage below.

The third closed beta will be hosted between November 15 and November 17, with registrations ending on October 27.

The build will include the character creation, 5 weapon types, and 6 dungeons (which are actually 3 dungeons with two difficulty levels).

Babylon’s Fall will release for PC, PS4, and PS5. If you’re unfamiliar with the game, you can watch the previous trailer, a gallery of screenshots, and read the official description.