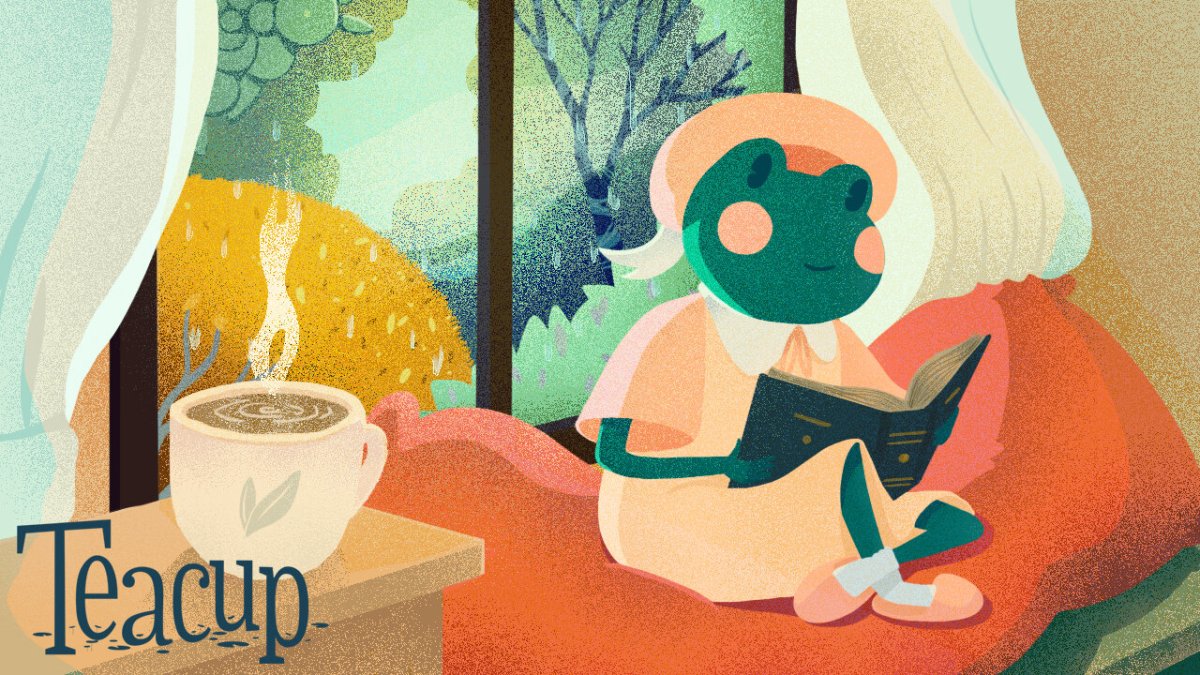 Another day, another cutesy narrative adventure game to keep a keen eye on. Yes, Chile-based indie developer Smarto Club and US-based publisher Whitethorn Games have pulled back the curtain on their charming frog-themed yarn, Teacup.

Specifically, the whimsical point-and-click puzzler will be launching on Sept. 23 for Nintendo Switch, PlayStation 4, Xbox One, Xbox Series X|S and PC for $9.99 or your regional equivalent.

To confirm the new release date, the team dropped a freshly cut trailer showcasing the calm and relaxing experience in all its glory. Go ahead and check out the new footage down below:

With its eye-catching painterly art-style, Teacup boasts quaint charm and eccentric personality in spades. It’ll also feature plenty of delightful animals to chat with, as well as a relaxed, meditative vibe.

From a narrative perspective, you’ll play the role of the titular teacup who’s on the hunt for some herbs for her tea party. You’ll have to solve puzzles, best mini-games and chat to the locals on your chilled journey through the woods.

For more information, here’s a rundown courtesy of the game’s official press release that we received today:

Teacup is a short and wholesome narrative adventure game with a focus on exploration and non-linear progression. You play as the titular Teacup, a shy and introverted young frog who loves drinking tea and reading. The day before she is to host a tea party at her house, she realizes she is completely out of tea, and thus must venture into the woods around her to find the herbs she needs to restock her pantry.

Explore a Beautifully Illustrated World – You are free to tackle the list of ingredients Teacup must gather in any order you wish. Find your own path through the world of Little Pond.

Talk with Whimsical Animals – During your adventure you will meet the charming inhabitants of the forest. Some are talkative, some are grumpy, but all of them will lend you an ear on your adventure.

Help Each Other Out – Most of the animals you meet will be glad to help Teacup… in exchange for a small favor or some help. Organize a (oddly shaped) market stall, win an underwater race and more!