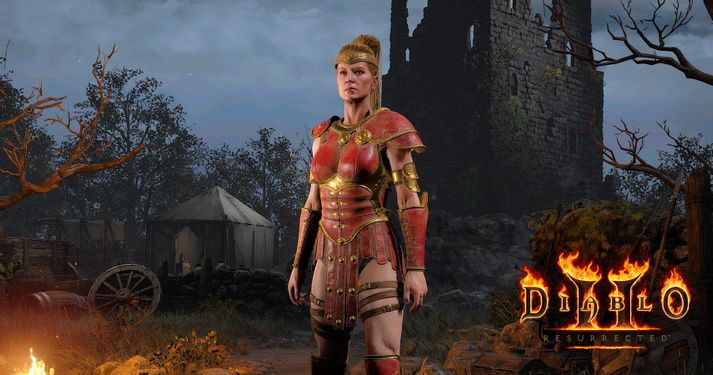 Diablo 2: Resurrected is quickly approaching its Sept. 23 release date. Multiple betas have gone down at this point and many players have gotten a taste of what to expect. Like we mentioned in our hands-on time, Blizzard has taken a very safe and effective approach: make it prettier and don’t fix what isn’t broken.

While the gameplay is very familiar, there are obviously some big visual changes that go along with a remaster like this. The Amazon, like all of the characters, look quite a bit different from their pixely 2000s-era graphics. In a new trailer released today, you can get a peek at what the Amazon (and her other party members) look like and see her in action as well.

The Amazon primarily uses bows and javelins and is lethal at a range and when dealing with large groups of clumped-up enemies. The “Javason” was a favorite of mine when running through the Secret Cow Level many years ago.

The video does have a bit of dislikes, possibly due to the negative opinion that some have of the new Amazon design, which is a sentiment that has been seen on social media in recent weeks. That said, the ratio is still quite positive for the most part. Either way, Diablo 2: Resurrected will release in a few weeks on PlayStation, Switch, Xbox, and, of course, PCs.

New Tomo-Chan Is a Girl! Trailer Shows Off its Zany Cast