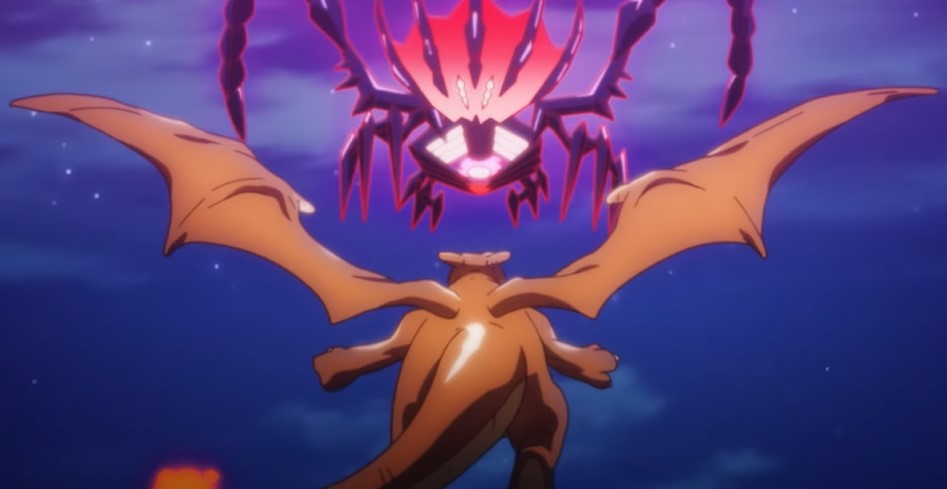 Pokemon Evolutions is finally here with episode one — titled The Champion — debuting on YouTube earlier today. But seven episodes still remain in the limited Pokemon web series. Each episode will focus on a different story from a single region. Galar was up first, and the series will continue in reverse order in Alola and ending with Kanto. Here are seven different things that we want to see in the upcoming episodes of Pokemon Evolutions.

The fact that the poster for Pokemon Evolutions includes Green makes seems to indicate that this series will use the manga names of these characters from the Kanto region. That means Red and Blue will likely also make an appearance at one point. Red will likely show up, but he’s a bit boring. What the people really want to see is the return of everyone’s favorite rival, Blue.

Sure, he’s not Gary Oak, and he’s not gonna end every interaction by saying “smell ya later,” but he’s one of the most recognizable characters across all generations of Pokemon. There’s no indication what story will be told for the Kanto region. Still, the poster shows Blastoise next to Green, indicating Blue could also have his starter (Charizard) from the Pokemon Adventures manga.

The Guardian Deities in the Alola region are some of the first Legendary Pokemon that you encounter in Sun & Moon, but the Ultra Beasts end up stealing the show. Their diverse types and completely out-there designs set them apart from any Pokemon that existed before and any species to be introduced since. You can almost tell if a Pokemon is an Ultra Beast just by looking at it.

Buzzwole, Guzzlord, and Celesteela are some of the most popular Pokemon from the Alola region. And Buzzswole even ranks among the top 10 most popular ‘mons of all time. Since the reveal trailer for Evolutions seems to have a heavy focus on Lusamine and Lillie at Aether Paradise, it would actually be a bit odd not to see any Ultra Beasts when the Alola episode releases.

However, the Evolutions poster features Lugia, which has been more closely tied to the Legendary Birds from Kanto, like in Pokemon the Movie 2000. Yet, one of the Kimono girls is also featured on the poster, which also indicates ties to Ecruteak City, Ho-Oh, and the Legendary Beasts. There are a number of ways the Johto episode could go, and unfortunately, we’ll have to wait until Dec. 16 to find out what happens.

N is one of the more sympathetic villains in the Pokemon franchise. Although he was easily misled and lied to by his adoptive father — Ghetsis — about why Team Plasma was stealing Pokemon, N never lost his love for the creatures. The fact that this villain cared for his ‘mons more than some of the good characters throughout the Pokemon franchise is a major reason why fans still love N to this day.

Ghetsis is seen in the trailer with Zekrom, and the poster seems to feature Alder, the Champion of the Unova region. To this point, there has been no indication that N will be present in the Unova episode. But it’s hard to believe that such a major character in that generation would be left out of Pokemon Evolutions, especially considering N’s familial ties with Ghetsis.

The classic story from Hoenn is all about the battle of the super-ancient Pokemon, Kyogre, Groudon, and Rayquaza. The basic idea of the story is that in ancient times Kyogre and Groudon fought endless battles that wreaked havoc on the world until Rayquaza stepped in and used its immense power to fight back these massive waring Legendary Pokemon.

Both the trailer and the poster for Pokemon Evolutions heavily indicate that this is the story that will be told in the Hoenn episode. On the poster, Zinnia is seen next to Rayquaza, and the trailer features a still frame of May watching Primal forms of Kyogre and Groudon do battle. There’s also no bigger story to tell in the Hoenn region besides that of the super-ancient trio.

There are a few different ways that the Pokemon Evolutions episode in the Kalos region could go. But one of the more exciting interactions we could see is between Lysandre and Diantha. It wasn’t the first time we’ve seen the reigning Champion interact with the leader of the villainous group of the region. Lance took the fight to Team Rocket in Gold & Silver, but it’s not often that you’ll see a leader try to recruit a Champion.

Also, the way that Lysandre tries to appeal to Diantha by offering her eternal beauty is equal parts insidious and creepy. Although Diantha shuts him down fairly quickly, it would be exciting to see them have a little more back and forth, which eventually leads to a Pokemon battle. Unfortunately, we might not get this battle since the trailer seems to feature Calem using Xerneas in a battle with Lysandre.

Name a more iconic duo. I’ll wait. Maybe it’s just me, but Cynthia is the first thing that comes to mind whenever the Sinnoh region is mentioned. And, of course, you can’t feature Cynthia without her most popular Pokemon, Garchomp. Although Cynthia is one of the most iconic and recognizable characters in this franchise, there are still a number of different paths that the Sinnoh episode could walk down.

As the Pokemon Evolutions poster and reveal trailer indicates, Barry and his Piplup will undoubtedly be two of the major characters in the Sinnoh episode. It could easily focus on Barry struggling to be taken seriously and finally making his way to battle Cynthia. No matter what route they go down, the hope is that Cynthia is involved in some manner.