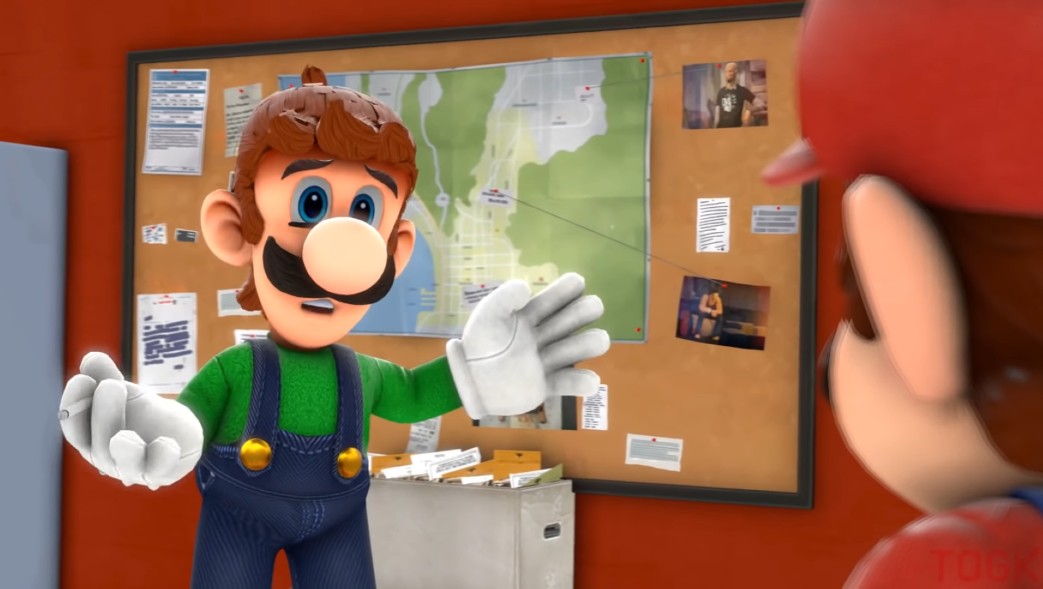 Even if you aren’t a huge fan of movies, you’ve likely heard the news that Nintendo and Illumination are teaming up to bring an animated Mario movie to the silver screen. At the most recent Nintendo Direct, even more news about the film was revealed, as Shigeru Miyamoto presented the all-star cast that would be voicing each iconic role.

Ever since the cast reveal, the internet has exploded with plenty of memes, including everything from Super Mario Guardians of the Galaxy to a Stoned Donkey Kong. One of the most popular memes revolved around Charlie Day being cast as Luigi, with just about everyone envisioning the chaotic energy the actor brings to his role as Charlie in It’s Always Sunny in Philadelphia.

With that in mind, one Youtuber, TOGK, went out of their way to recreate arguably Day’s most iconic scene from It’s Always Sunny in Philadelphia, The Mail Conspiracy Theory, overlayed to an animated Source Filmmaker version of Mario and Luigi. You can see the hilarious result below.

You can find plenty more quality Source Filmmaker meme content from TOGK on their official Youtube channel. If you’re still looking for some more content to make you laugh, be sure to check out all of the other meme posts we have on the site. That includes everything from the most recent gaming meme post to our weekly anime ones as well. We’ve even got some great memes making fun of the Mario movie casting.