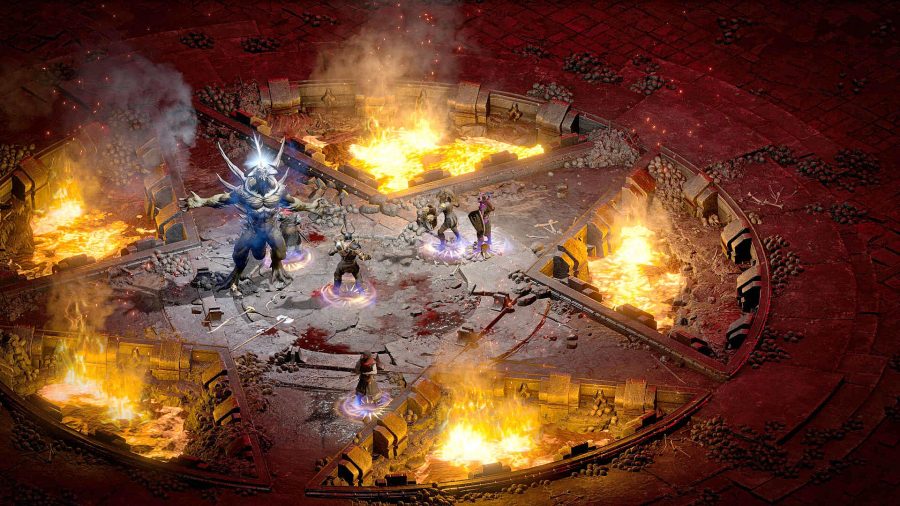 Diablo 2 Resurrected has just been released for PC and consoles, marking the grand return of one of the most critically acclaimed ARPGs in video game history. The game may have received a huge graphical overhaul, but it’s still very much the same Diablo fans will remember from 2000. The core mechanics and systems are still intact, but if you’re new to the game, it might take a while to get used to its quirks and intricacies. Here’s what the Tomes of Identify and Portal do in Diablo 2 Resurrected.

Your journey will begin in the Rogue Encampment, and you can speak with the various NPCs to trade with them and buy some useful equipment. If you speak with Akara, you’ll see that she sells the Tome of Identify and the Tome of Town Portal for a few hundred gold each. If you haven’t already guessed from the names, yes they do work similarly to the Scrolls of Identify and Town Portal, but with one key difference.

These items have multiple uses (though they are limited), and they can help carry your Scrolls, which allows you to cut down on wasted inventory space. Because of this, it’s definitely recommended that you pick them up from Akara as soon as you’re able, as you’ll be using them for the entire game anyway.

You can hover over them in your inventory to see how many uses they have left, and you can also select your individual Scrolls and click on the Tomes to put them inside. After that, it’s just a matter of clicking on the Tomes to use them as per usual, and you’re good to go. You’ll be able to purchase multiple Tomes from Akara, but at least in the beginning hours of the game, you should only need one of each.

That’s all you need to know about what the Tomes of Identify and Town Portal do in Diablo 2 Resurrected. Be sure to search for Twinfinite for more tips and information on the game.