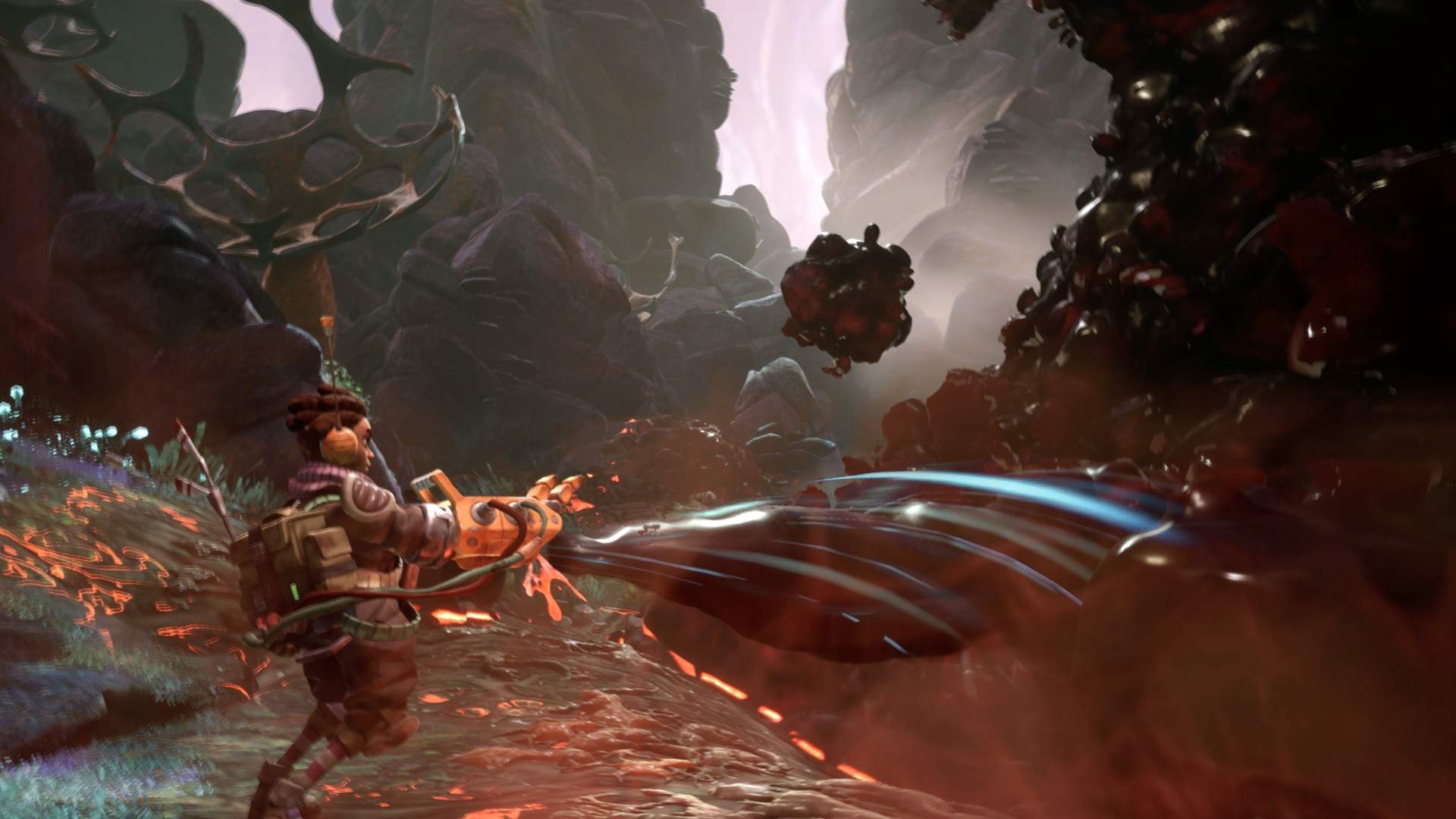 Today, Thunderful, best known for their work on the SteamWorld franchise, showed off brand new gameplay footage of their upcoming adventure game, The Gunk, which you can see down below.

While brief, the trailer shows off some of the mechanics of The Gunk, which includes the ability to vacuum up nasty looking stuff that is destroying the environment of the planet. Alongside this, there were plenty of beautiful and creepy environments shown off for the game, showcasing just how good it will look on next-gen consoles.

An official press release for The Gunk had the following to say about the game:

The Gunk stars a duo of gritty space haulers, struggling to make a buck as they chance upon an untouched planet brimming with life. They’ve come to gather alien plants and other valuable resources, and it looks like they’ve hit the jackpot…

However, as they start uncovering the dormant secrets of a shattered civilization, they realize that they must save the planet from the curse of a corruptive gunk parasite – while desperately keeping themselves from getting caught in a spiral of festering mistrust.

From the creators of the SteamWorld franchise-the actionseries that tells the tales of steam-driven robotadventuresand that has garnered more than 100 awards and nominations -comes a completely new game, “The Gunk”.

Embark on an all-new adventure in a vast and exotic world where you’ll encounter terrifying enemies and challenging puzzles on your quest to unravel the mystery of a forgotten planet, while saving it in the process.

The Gunk is available day one on Game Pass for Xbox Series X|S, Xbox One, and Windows PC December 2021. In the meantime, don’t forget to search the rest of Twinfinite, as we’ve got everything you could want and need for all of the news that is revealed during the Xbox Gamescom 2021 live stream.