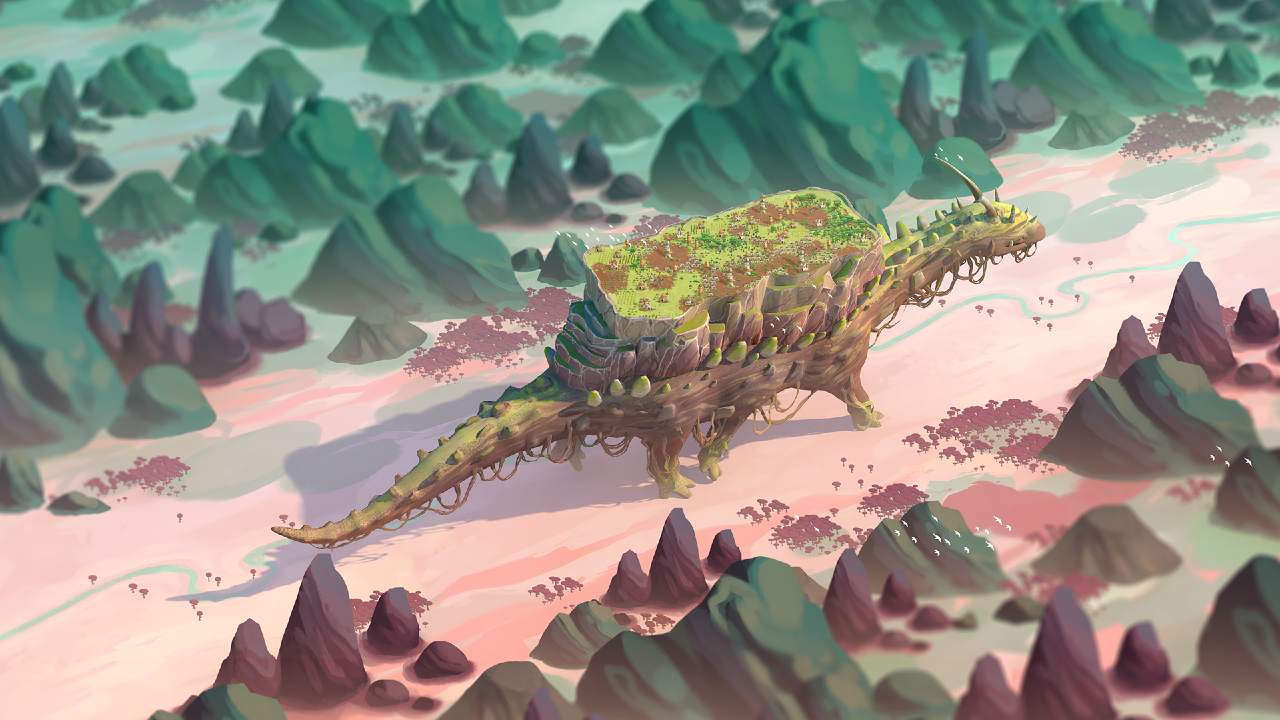 Microsoft’s second official [email protected] indie showcase has just finished airing on Twitch, revealing a boatload of exciting new titles fans can expect from up-and-coming developers and publishers in the industry. So sit back and relax, as we’ve got everything you need to know about the [email protected] indie showcase and more right down below.

Farming and simulation fans are in for a treat with this one, as Lightyear Frontier looks to revolutionize the genre, coupling mechs and a narrative-driven mystery in with crafting, resource management, and base building while supporting four-player co-op. Keep an eye out for this one when it comes to early access Xbox and PC in 2022.

Much like how Lightyear Frontier looks to spice up the farming sim genre, The Wandering Village is a creative twist on city builders, as it takes place atop a huge creature that wanders through the world contaminating everything. As a result, it’s up to you to not only build cities but to also keep them safe while maintaining a good relationship with the creature.

Sam & Max Save the World

Sam and Max are back and looking better than ever. As you can see above, the Sam & Max Save the World Remastered trailer shows all the improvements the 2006 classic has received, sporting updated graphics, controls, and dialogue thanks to Skunkape Games, a small group of original developers with the blessing of series creator Steve Purcell.

Sam & Max Save the World Remastered is available now on Xbox One.

Based on Slavic myths, Black Book is a dark RPG adventure that places players in the shoes of a young sorceress. In order to survive, she must fight the forces of evil in card-based battles of epic proportions. You can try this out for yourself, as it is officially available on Xbox One now.

Ever wanted a top-down version of Portal? Well, Lab Rat is pretty close to that. In the trailer, we hear a Glados-like AI explaining the mechanics of the game while the main character(s) solve puzzles in a maze of different experiments.

The satirical science-fiction puzzle game will be available on Xbox Series X/S and PC in 2022.

Speedrunning, platformers, and cyberpunk aesthetics are all the rage these days, so it makes sense that Xbox would want in on the fun. In Aeon Drive, players are tasked with parkouring through Neo Barcelona alone or with up to four friends while using time and space-bending abilities to help them get ahead.

Aeon Drive is coming to Xbox One and Xbox Series X|S in Fall 2021.

Pathfinder: Wrath of the Righteous

Dungeons & Dragons fans rejoice, as you’ve finally got something to wipe the taste of Dark Alliance out of your mouth. Pathfinder: Wrath of the Righteous is an upcoming epic RPG from the creators of Pathfinder: Kingmaker that lets you save a realm overrun by demons by using a wellspring of awesome abilities.

Alongside combat, you’ll also be able to build relationships with characters in your group, which is just one of the many features that’ll help create an in-depth role-playing experience. Pathfinder: Wrath of the Righteous is launching on Xbox One on March 1, 2022.

Anyone interested in checking out the entire show for themselves can head on over to the official twitchgaming channel. There, you’ll find plenty of commentary and additional clips and insights for all of the games listed above.

Be sure to let us know which ones you’re most excited about in the comments below.