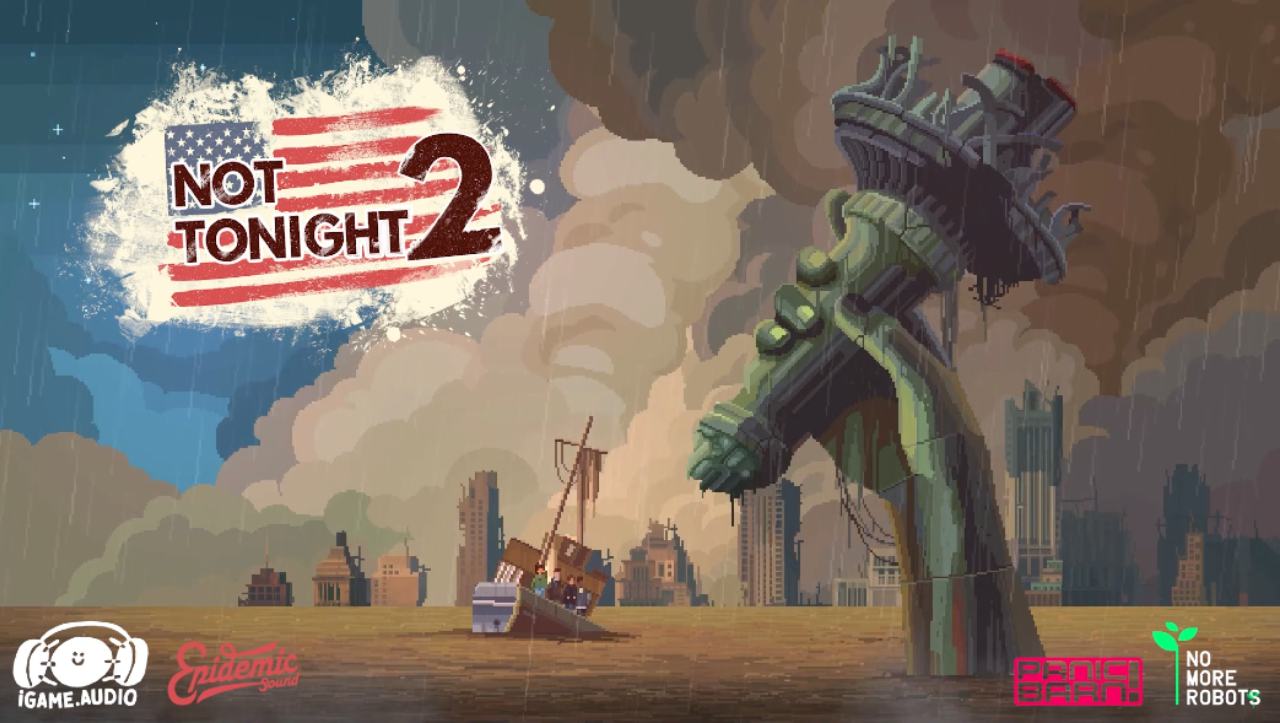 Back in 2018, Panic Barn created one of the most politically intriguing RPGs to grace the PC, as its post-Brexit management game, Not Tonight, was a hit with fans. Three years later, they are back at it again, this time taking the story to an alternate version of America in Not Tonight 2.

As you can see in the trailer below, the sequel will explore similar choice-based political storylines from the original, featuring three branching storylines that take place during a terrifying trip across this

In an official press release for the sequel, Panic Barn gave the following description of what fans can expect from the story this time around.

“Immigration Enforcement Case #112: You are under arrest. Unless your friends can cross a broken America, retrieve your identifying documents and stay out of trouble… this is the end of the American dream for you.”

U-S-A! U-S-A!Publishing label No More Robots (Descenders, Yes, Your Grace, Hypnospace Outlaw) and development studio PanicBarn are excited to reveal Not Tonight 2, a political dark comedy that takes aim at the absolute state that they call The United States.

Nearly 400,000 players picked up the original Not Tonight, the post-Brexit document-checking game–but exploring broken Britain was just the beginning, and now Not Tonight 2 has The Star-Spangled Banner in its sights.

Not Tonight 2 explores an alternative, defective America, where capitalism and political greed have taken center stage, and democracy is a thing of the past. Written and brought to life by a team of POC writers and artists, this US road trip explores every festering orifice of this Land of Liberty.

O Say Can You See, a variety of politically-driven minigames? Check your guests follow the correct religion, then join a cult, tap along to rhythm games, make sure the Colonel’s chickens have enough steroids pumped into them, serve your fellow Canadians with free poutine, work a day or two on the Texan wall…

Not Tonight 2 intertwines the lives of Malik, Kevin, and Mari, as they race across the land of the free, on a mission to save their friend Eduardo from being deported (or worse) by the fascist Martyrs regime.

Anyone interested in more information about Not Tonight 2 can head over to its official website. There, you can check out plenty of updates and background information on the game, which will help keep you busy until it launches on PC later this year.