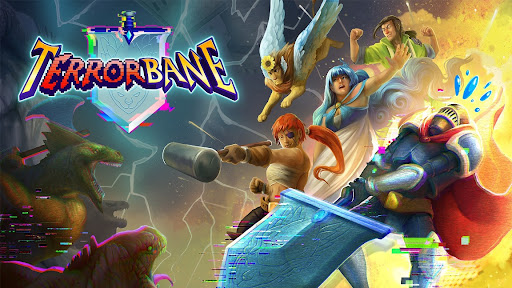 The Awesome Indies Gamescom stream is currently live, and tERRORbane has just received a new trailer to announce its launch window. The JRPG-inspired adventure will be coming to PC and Nintendo Switch during Q1 2022.

In this tongue-in-cheek game, players will take on the role of Terrorbane as they go on the Developer’s journey to destroy all bugs and glitches. You’ll become the Bane of Errors as you witness callbacks and references to other popular games and gaming moments take down enemies in tERRORbane.

You can have a look at the trailer below from IGN’s YouTube channel to see everything mentioned above for yourself, along with all of the wild glitches and unpredictable gameplay moments found in tERRORbane.

The full recording will let you have a look at everything that was shown off during the event today. And if you’re looking for more info on some other indies, check out our roundup of the recent Nintendo Indie World Showcase.