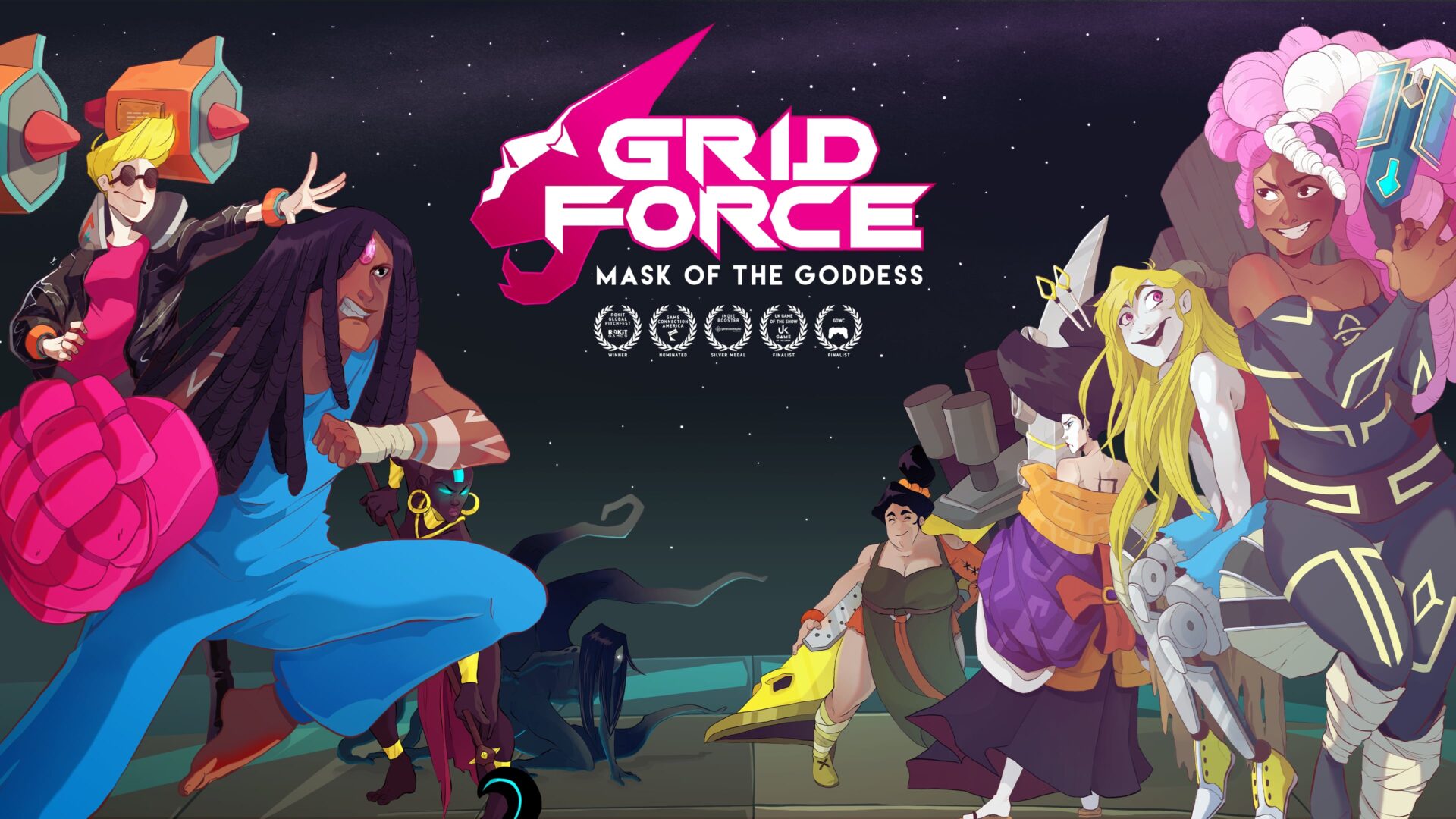 Developer Playtra has released a new trailer for its upcoming tactics-style shoot ’em up title, Grid Force: Mask of the Goddess ahead of its release later this year.

The trailer shows off some of the fast-paced shmup, grid-based gameplay, which looks set to give players the opportunity to strategically combine their characters for devastating attacks.

Speaking about the evolution of grid-based gameplay in Grid Force, Dan Bernardo, Founder of independent studio Playtra Games said “We love the grid-based game genre because of how deeply tactical and character-driven it can be, but we also saw an opportunity to bring more players to the genre with combat that was faster and more dynamic. We’re betting everything on Grid Force, and we’re excited to bring players along for that adventure.”

Grid Force will also feature a deep narrative which will change depending on choices made by the player along the way. Story sections and cutscenes will play out with a hand-illustrated comic book style, also showcased in the new trailer which can be found below.

Grid Force will feature more than 30 playable characters each with their own unique stats, active and passive abilities, and skills. Each character can also be leveled up and equipped with new gear and Masks of Power to help you take on the tougher challenges that lie ahead.

Grid Force is currently set for a 2021 release on PC via Steam.

Will you be keeping a close eye on the game leading up to its launch? Let us know down in the comments below.