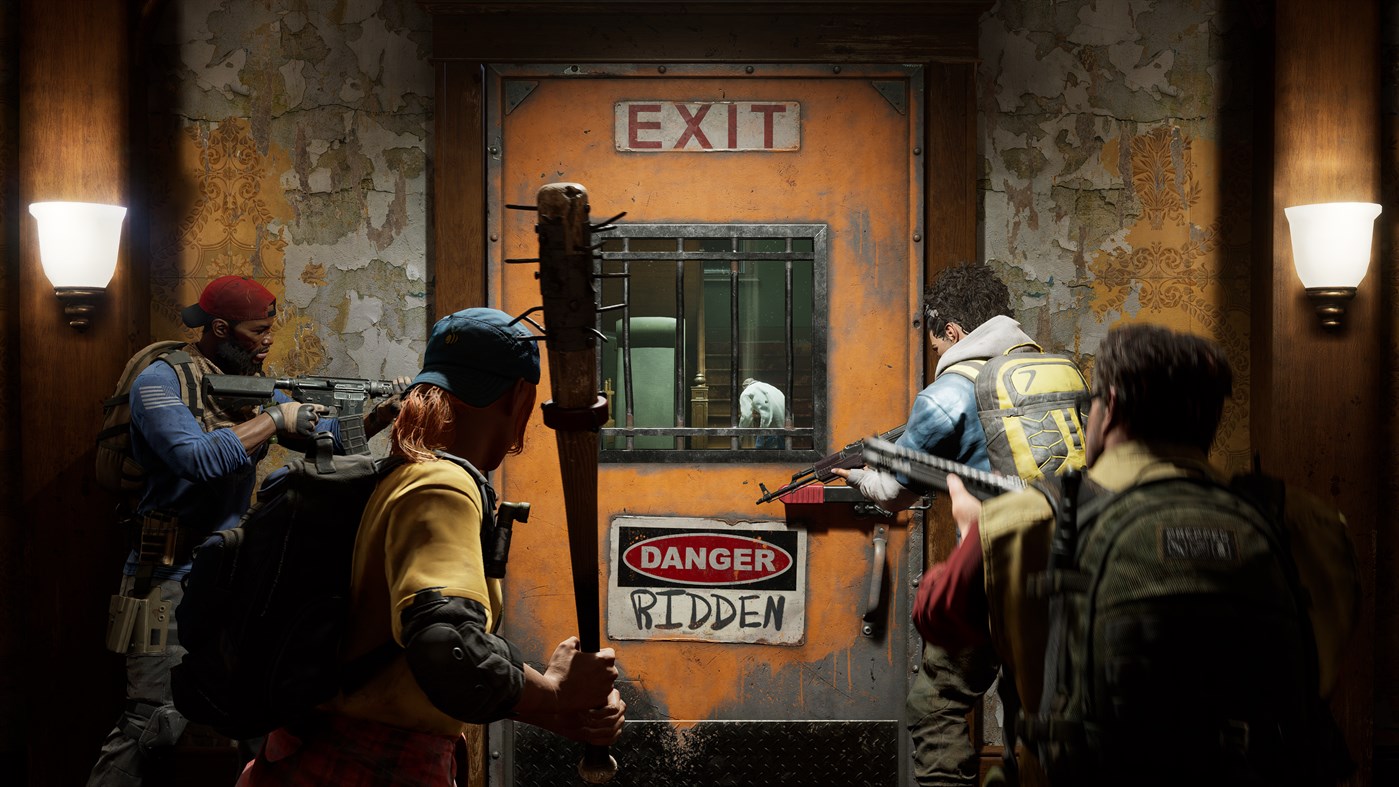 Back 4 Blood is an upcoming first-person multiplayer shooter that has been coined the spiritual successor to the Left 4 Dead series, and it’s easy to see why: the similarity of the titles’ names, the story about four survivors trying to escape while fighting against endless waves of zombies, and most importantly, the fact that it is being developed by the original creators of Valve’s franchise, Turtle Rock Studios.

Twinfinite was recently granted access to play the beta before the early access beta starting today, Aug. 5. Our demo consisted of two Swarm matches and the first act of the campaign.

The War of Attrition That Is Swarm Mode

The game’s player versus player (PvP) mode, Swarm, pits four humans, called the “Cleaners,” against four creatures, called the “Ridden,” in an enclosed area to see how long the humans can survive against waves of enemies. It is a round-based mode switching between the two sides, and the team that survives the longest as the humans takes the round before moving to a different map for a best out of three.

Playing Swarm for the first time without playing the campaign was incredibly daunting as there was a lot of information to take in as the round began. My team started as the Ridden and started off by picking one of three classes with three creatures to choose from. Each class has three creatures which can all be upgraded in various ways with mutation points earned by doing damage and incapacitating Cleaners. There is also a fourth class that simply upgrades the common AI zombies with perks such as adding armored enemies or increasing their strength.

Similar to playing as the infected in the Versus mode from Left 4 Dead, your objective in Back 4 Blood is to find a place to spawn where the humans aren’t looking, jump out to cause as much damage to them as you can before inevitably dying to their gunfire.

In the first round, I chose the Stinger, which can shoot globs of spit at long ranges for damage and blocking their vision while also being able to hang on walls. I watched my team destroy the opposing Cleaners with a series of constricting, charging, exploding, vomiting, and melee abilities at a little over two minutes as I sat on the roof of a house taking potshots. It was entirely my choice to play passively, but it felt too easy to hang back so far from the other team and do consistent, considerable damage.

Switching over to the Cleaner side, we were able to choose from a series of characters each with their own personal and team perks and five cards from a pre-established deck of 15 cards. The cards contained bonuses such as more stamina, more ammo, or perks that would affect the whole team like the team receiving healing when one teammate is incapacitated.

You start out by picking one card from a set of five, the set is refreshed with a new card, and you pick until you have five cards in your loadout. Unfortunately, the order of cards drawn is not randomized between rounds, so I wound up picking almost the same loadout every round even between different games. It felt stale, but perhaps that was just a bug. This is followed by a minute of scavenging the map for better weapons, attachments, healing items, and other equipment before the waves start.

My Back 4 Blood team killed wave after wave as the small map would enclose us in a toxic bubble that would damage us if we stepped out, and the round ended after we were alive one second after the other team’s time. The entire time we were pelted with poison, smacked around, and just generally abused for over two minutes. It is exciting in a frantic sort of way, with split-second decisions of whether to heal or to shoot, but there’s very little time to breathe and strategize making those small choices almost meaningless.

The next round took place on an industrial-looking map, and my team won the round and the game in a very dominant fashion. Both of the Swarm games took about 15-20 minutes to compete against the same group of players, and my team was able to last the longest as the Cleaners at about five minutes in one round. Even though there was not much communication within my team during the matches, we all agreed after it was a pretty one-sided affair to the point of being unfair.

Perhaps the teams would last longer with better syncing between characters and cards picked, but the small maps that get even smaller over time do not leave much space to breathe. It feels good on the Ridden side to quickly put the opposing team into a corner, but not great on the Cleaner side because a quick defeat can be extremely demoralizing. I am afraid of what the mode will look like months after launch when newer players are against experienced players who continue playing in the same group and know the maps.

I spoke with Phil Robb, Turtle Rock Studios co-founder and creative director, about the post-launch support for Swarm. While it will be the only PvP mode at Back 4 Blood’s launch, the studio does have plans for “new stuff” coming to the mode after release. There are also no confirmed plans for additional PvP modes after launch, though he did not completely rule it out.

“Obviously, ideas come and go,” Robb said. “Players will connect with certain parts of the game and stuff like that, so we always like to try to leave a little bit of wiggle room in there for anything that there’s a big outcry for.”

Similar to the Left 4 Dead campaigns, the four players in Back 4 Blood start in a safe room and must traverse areas filled with common and special zombies to the next safe room. The final level would cap off with defending an area before reaching the end, but unfortunately, my team could not reach the end of the act due to a few failed attempts and we were up on our demo time.

It feels like Left 4 Dead, though, in that you start out with a primary weapon and a secondary weapon of either a pistol or melee weapon, and there are slots for one healing item like a medkit or pills, a grenade, and one for equipment such as barbed wire or a tool kit that can open certain locked chests or doors.

One big difference in Back 4 Blood is that a shop is located in each safe room where players can buy weapons, attachments, items, and even heal themselves. The store uses an in-game currency called Copper that can be picked up around the levels and earned by completing Corruption Cards, which are enabled before the level, and set optional objectives such as completing the level with a certain time and not setting off any alarms that trigger the hordes. Our team was constantly finding stashes of Copper throughout the levels, so it was possible to splurge a little on better equipment for an easier time after failing.

Another huge difference from the Left 4 Dead games is the Ogre boss we encountered in the second level. The two to three-story monster had its own health bar and almost wiped out our unsuspecting team by slamming the ground and throwing boulders. As the last one, I used all my ammo on the hulking tank before running into the enclosed tunnel that one of the characters yelled before the team got blindsided and it disappeared. It did reappear later in the level and we took it out, though I wonder if it was possible to defeat it at the first outing.

The card system is also used in the campaign, but you start off with fewer cards at the beginning and can pick more up throughout the environment with Copper or for free if lucky. While the card system provides nice benefits, it did not make much of a difference so early in the campaign. Communication was the biggest key to survival to call out threats and pick up teammates quickly. Other than the key differences, this should be a fun adventure if you were a fan of the gameplay of the Left 4 Dead campaigns.

Back 4 Blood’s campaign looks to be a fun romp when grouped up with friends, and more than serviceable when playing with random players in a solo queue. The competitive multiplayer is also entertaining for a short burst of mindless action, but it either needs more substance, balancing, or a bigger map to offer a deeper sense of strategy to succeed. Otherwise, I fear it will become abandoned rather quickly.

We will see if any changes are made when the game finally launches on Oct. 12 for PC, PlayStation 4, PlayStation 5, Xbox One, and Xbox Series X|S.