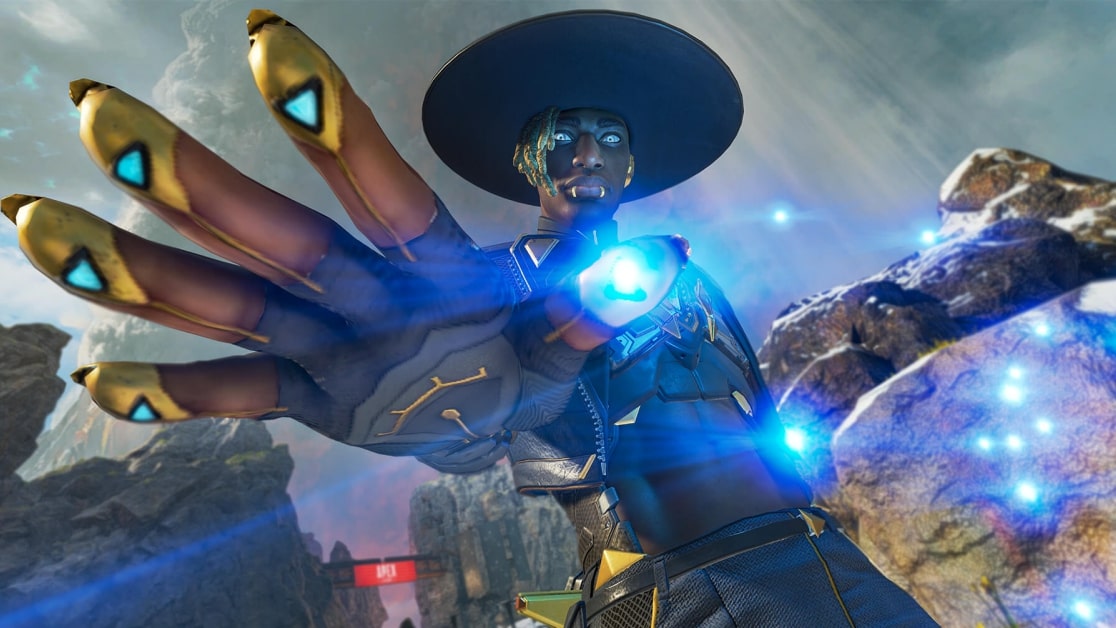 Apex Legends Emergence is just a day away, and this Season 10 update is bringing plenty of big changes that’ll shake the game up in significant ways.

Twinfinite participated in a roundtable interview alongside a few other publications in order to find out more about what’s to come in this new season. Several members of the team at Respawn answered questions about Seer, World’s Edge map changes, the new Rampage LMG, and more.

Ethan: How did you decide which POIs to change in World’s Edge for this update? Because there are a lot of pretty significant changes to larger areas like Sorting Factory and Refinery.

Garret Metcalf (Senior Level Designer): So for the northern region, you found through data and just from playing the game a lot since Season 3 when World’s Edge dropped, that Refinery…people wouldn’t land there much. So we wanted to just kind of mix up the northern region and try and bring some more incentive for players to land there by creating a bigger POI and providing a lot more loot for squads to fight over.

And then, just overall, like for Sorting Factory, we just wanted to bring a fresh new gameplay experience like that kind of breaks away and brings something new from the preexisting POIs in World’s Edge. So Sorting has been there since day one and we thought it’d be nice to kind of change up one of the more popular, central POIs just to bring something new that stands out from everything else in the map.

Ethan: So this is more of a design decision for Seer, but I was thinking it looks really cool. I’m curious, why and how do the micro-drones come out of his chest? Like what was the decision-making process behind that design?

Amanda Doiron (Lead Writer): They don’t come out of his chest, they come out of that chamber that comes off, [that he] removes from his chest. They’re not actually embedded inside his body.

Ethan: Thank you for the clarity (laughs).

Amanda Doiron (Lead Writer): (Laughs) You see him throw it off in his Ultimate in the trailers. And they come out of that when he does that. Unless, Rose, you want to speak any more to why certain choices were made.

Hafid Roserie (Art Director): Yeah, I think, doubling down what Amanda said, we always want to make sure that it is grounded in some form of technology. And so…it’s more kind of embedded in his clothing so that he can reach for and take it out, throw it out.

So it was around finding something that was really interesting that would provide us opportunities [that] artistically would look cool, but at the same time would offer something really interesting for players when they were running around and he would use his abilities, where they kind of originated from. And so the chest was a great opportunity that we aligned on as a team and it worked out quite well.

Ethan: I know things are always constantly changing because, obviously, it’s a live game, but are there any Legends on the roster that you think you’ve almost maybe sort of hit a sweet spot with, in terms of balancing?

Steven Ferreira (Team Director): To your point, it’s a live game. So nothing is ever permanently in that sweet spot. I think, for the most part, you know, whenever we launch a Legend, for example, we think we’ve got it there. And I don’t think that’s been true forever for any character — even characters that have been high pick-rate characters from day one.

I don’t think that they’re necessarily in the best spots. It’s just that, obviously, the more used the character is, the more tricky it is for us to adjust things and not to break the expectations that players have already built around that.

That’s not to say that that would stop us anyways, because we’re always looking to do what’s right for the game. And if the right thing is to change, you know, something that’s been consistent from day one, then, you know, we’ll try it. Because it can always change again. So I wouldn’t say that there’s any characters that I would say are perfect and that will never move.

But I think for the most part, the majority of the roster…we’re pretty happy with where those are. We could come up with at least one thing for every character that we would want to change. But it all comes down to, you know, it takes time to balance those things and test them and actually, you know, prove out some of our assumptions — both through data in the game, but also through playtesting. And feel balancing between casual and pro players.

All of that stuff makes it a pretty dynamic kind of environment to balance in. And I think it’s always season to season, as one thing is introduced, it naturally shifts everything else around. And then we have to adjust again, whether it’s Legends or weapons. But yeah, I wouldn’t say that there’s any given character that I would say is like, “that’s the one that’s perfect.”

Ethan: That Thermite [charge] we talked about is kind of crazy for the Rampage, but I was wondering, does it only last for a full magazine or does it ever lose its charge? Like when the gun isn’t firing.

John Ellenton (Game Designer): It functions the same as a Sentinel. So..it deprecates, or drains, on a timer. So you can’t just hold it forever. But it drains faster as you shoot. I think it’s a little more than a full clip depending on your mag size. And then, I think, if you’re up to like a purple mag, then it’s basically like a full clip. But if you kind of charge it too early and then you’re waiting for a long time before you engage in a fight then it could be, you know, halfway charged or almost nearly done by the time you engage.

So there is kind of a fine balance where knowing when to charge it is important. And it’s, you know, a good chunk of time to charge. So it’s also not necessarily the safest thing to do right in the thick of combat. So it’s kind of like, “we know someone’s there. All right. We’re going to push. Let me charge up my Rampage and then let’s go in there.”

Ethan: Were there any new POIs — thinking of Landslide, Lava Siphon, and Climatizer in World’s Edge — that were maybe more difficult to implement than others?

Garret Metcalf (Senior Level Designer): Landslide, that used to be Train Yard, that one was, kind of, I shouldn’t say a no-brainer, but it was something that we all thought of at the very beginning that we wanted to tackle because we just thought the fights over there were very like prolonged and lasted too long, which would then end up in third-parties and fourth-parties. So that one was pretty simple to kind of just simplify the layout.

I think Lava Siphon was my biggest challenge because Sorting Factory is so massive. When I was looking at it, (laughs) I was like, “how am I going to fill this whole space up?” Right? It was so massive. And so, you know, I really pushed that sinkhole and really honed in on the metamorphosis theme of Emergence and really pushed it.

And the sinkhole really helped me kind of just space out the giant POI. And then I just kind of went from there and started honing in on like the gondolas that we wanted to do and how the gondolas interact with the sinkhole and travel over the sinkhole.

That POI definitely was by far the [most] challenging, just due to the overall size. I had a lot of real estate to work with and it was definitely a challenge at the beginning of just, how am I going to make this look epic from the sky and just really make that POI pop.

Ethan: So you’re adding the gondolas in the update as a mode of transportation on World’s Edge, but would you ever consider adding more mobile vehicles, like the Trident, into other maps? Or would that be true too tricky to balance on larger maps?

Garret Metcalf (Senior Level Designer): We’re always open to try new things. And I’ll never say never like that’s not a possibility. It’s tough too, because Olympus was really designed around with Tridents in mind and the space to use them. So, you know, like throwing in Tridents into World’s Edge, I think we’d run into a lot of challenges in terms of spacing in certain areas and POIs.

So it’s something we could definitely look into and I’ll never say never, but, yeah. We have no plans right now to look into that.

Ethan: So Seer’s lore specifically says that he really thrives in the Arenas. Is there a lore-related reason as to why he gravitated more towards Arenas than the Apex Games at first?

Amanda Doiron (Lead Writer): Arenas is just what he had found in his town. He kind of stumbled across it one night and was just really drawn to the theatricality of it. So that’s where he got his start. That’s where he got his enormous following. So yeah, it was just circumstances, I guess. So now he’s moving on to the bigger time with the Apex Games where he can have even more visibility and grow an even larger fan base.

Travis Nordin (Software Engineer): And I think he’ll be a strong pick for Arenas too, so that’ll fit thematically.

Ethan: So this is another art design question. So what was your favorite thing to work on when creating Seer’s design? Because honestly, I really love it. So I’m curious.

Hafid Roserie (Art Director): Oh that’s a good one. I think for me, I’d probably say my favorite thing…there’s something about his heart chamber that’s really interesting for me in terms of how that tuned out. Just the style and aesthetic of it and the way we’ve been able to tie it all together. There’s something about that I just keep gravitating towards.

Steven Ferreira (Team Director): (Laughs) I was waiting for that. For someone to say “hat.”

Apex Legends Season 10, Emergence, goes live on Aug. 3. Be sure to finish up any leftover Season 9 challenges along with the Battle Pass if there are any cosmetics that you want, before time runs out.