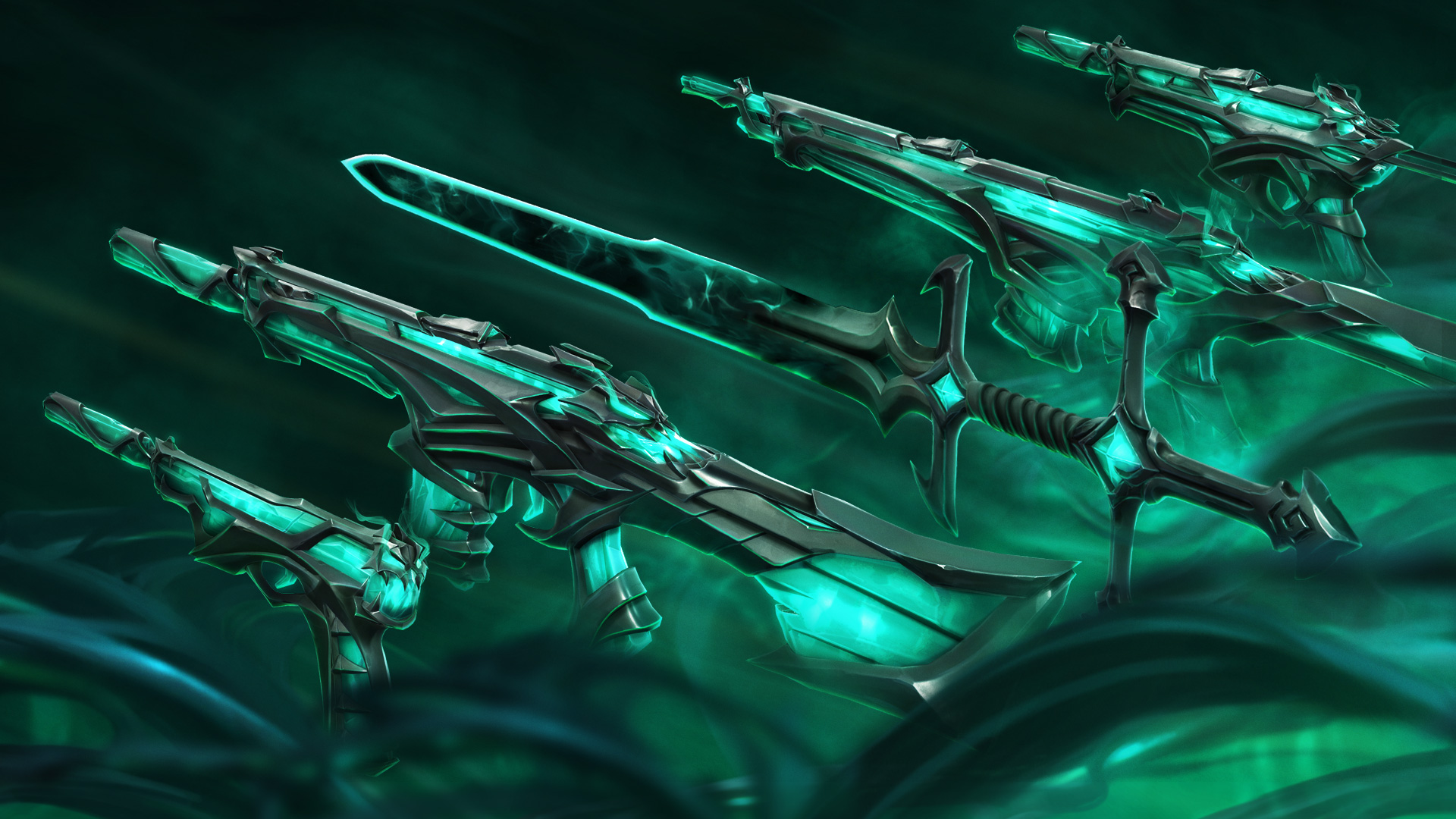 After the launch of a whole new Episode of content, it’s perhaps no surprise that Valorant’s latest patch 3.01 is a small one. As revealed today in the patch notes, 3.01 comprises only fairly minor bug fixes.

On a more exciting note, fans of Valorant’s impressive weapon skins can look forward to the launch of a brand new bundle. Called Ruination, the bundle is the first to feature a League of Legends theme, tying into the current in-game event that is taking place right now over on Riot’s hugely popular MOBA.

Full credit on the reveal goes to Hitscan’s YouTube channel, which details the bundle’s design and animations in a detailed video you can watch below. As you’ll see, the bundle’s aesthetic is somewhat reminiscent of the Reaver set, which has proven very popular.

Ruination will be the next premium bundle featured in the in-game store after the “Give Back” bundle expires.