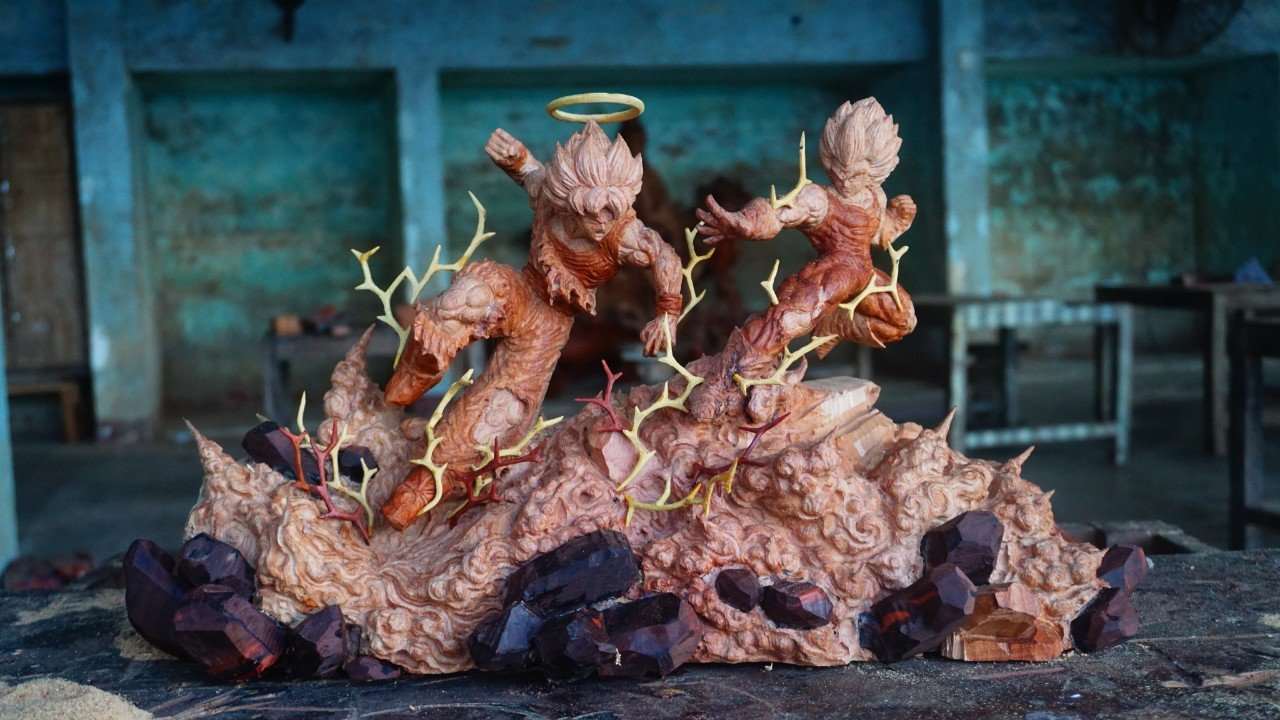 Dragon Ball Z has a lot of legendary fights and rivalries, with most of them involving Goku. Of all of the villains Kakarot has faced, though, none measure up to the enemy/frenemy/friends relationship he has with Vegeta.

Ever since the first season of Dragon Ball Z, these two Saiyan warriors have either been fighting one another literally or fighting to best the other in the form of competitions, getting stronger, or defeating stronger opponents. Arguably the best of these – outside of maybe their first set of interactions – occurs when Vegeta turns into an antagonist again for the sake of power, becoming Majin Vegeta in the process.

The betrayal results in another epic storyline between the two, as Vegeta tries to prove he can best Kakarot even now. To commemorate this classic fight, Youtube channel Woodart Vietnam crafted an epic wood carving, which you can see below.

Taking 30 days to make, the carvers crafting this insane piece of Dragon Ball Z art, which they are calling Dragon Ball: Goku vs Majin Vegeta. Anyone that would like to get their very own version of this artwork can purchase it right here.

Just beware that it isn’t cheap, costing $980 to $1,800 at the time of writing this. On the site, you’ll also find plenty of other amazing carvings from your favorite anime, comics, and movies, including plenty of Demon Slayer, DC, and Marvel-based ones.