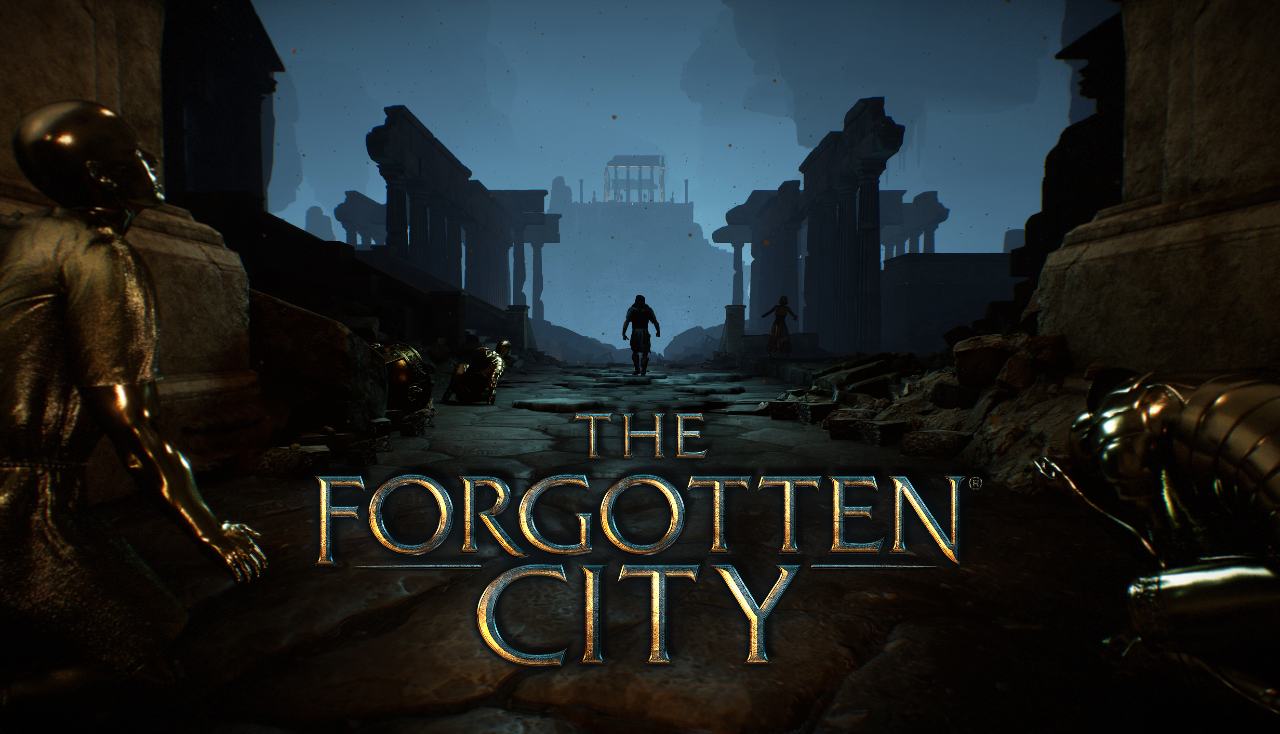 The Forgotten City for PC

Before I get too far into this, let’s make one thing clear: The Forgotten City is not Skyrim. Yes, certain aspects of the game clearly look and play like the beloved action RPG, but that is simply due to the foundation it built itself upon when it was created as a mod in the game.

So, since it isn’t Skyrim, does that mean The Forgotten City is a bad game? By no means. In fact, it’s the complete opposite, as the game’s narrative-focused mystery is a breath of fresh air.

The Forgotten City begins its journey in the modern-day, placing you in the shoes of a man or woman that finds themselves on a riverside with very little idea of who they are or how they got there. Right as they awaken, your character is greeted by a mysterious stranger that seeks your help.

This brief conversation not only helps set up the exciting mystery that is to come but also serves as the basis of your character’s traits. Picking between a handful of the backstory options presented opens up new opportunities, dialogue options, and abilities that are helpful in specific situations later on in the game.

For example, the Fugitive comes with the perk of being 25 percent faster when sprinting, which comes in handy when you run into a situation that occurs quite a bit when first learning the rules of The Forgotten City. As someone who is always dialogue first, I ended up going with the Archaeologist’s perk, which grants insight into the ancient world.

After character creation is complete, I was tasked with finding a missing man named Al who had gone missing in an ancient Roman ruin. It didn’t take long to realizes that something was wrong while exploring this site, and that wasn’t simply because of my archeological knowledge.

The further into the ruin I got, the more golden statues started to appear, each with their own different form of a pained expression. It isn’t too long into the search that I was able to find Al, along with the note that he left.

It turns out that every single statue in this ruin was actually once a person, and that each of them was turned to gold as punishment for violating something known as The Golden Rule, including Al. In order to escape this terrifying situation, your character must travel through a portal 2,000 years in the past and stop this rule.

As soon as I arrived in The Forgotten City, I was greeted by a helpful citizen named Galerius, who helped give a bit more context into the situation at hand. While I was the only one not from this time period, everyone who found themselves in The Forgotten City did so through mysterious circumstances.

On top of not knowing how they arrived, no one was able to leave. While I fished for more information from everyone I ran into, it wasn’t until I spoke with the head of the community, Magistrate Sentius, that things started to have some direction.

According to the Magistrate, The Golden Rule is something that is put in place to keep members of this community from committing sins. What exactly counts as a sin, outside of the obvious, is a common topic of debate. The only thing that is known is that your character is the only one that can stop this rule from turning everyone to gold because of your ability to use a time loop portal that resets everything back to when you first arrive.

From here, The Forgotten City’s mystery really blows open, as it is up to you to figure out how to work out the parameters of The Golden Rule with the help of the time loop. Thankfully, you’re given various dialogue choices that will help give you clues that will point you in the right direction.

Just about every character now has a topic of conversation to jump off of that helps unravel the mystery while also adding in other mysterious bits of information. Seriously, just about every single person you run into in the city will either add a new questline or will provide a different path for one that is currently operating.

Honestly, it can be quite intimidating to see at first. The sheer amount of things to do that are presented to you within the first hour of The Forgotten City can result in a lot of confusion.

Should I go down this path first? Can I trust what this specific character is telling me? These are just a few of the questions that were racing through my head with each new interaction in The Forgotten City.

The sensory overload doesn’t last too long, though, as there is plenty of information divided out through dialogue that helps build the world and its characters. In fact, thanks to the game’s time loop mechanic, your character actually ends up being the one that knows more than anyone else via the blessing of hindsight.

This mechanic is one of the coolest parts of the game, as situations and dialogues evolve to mirror the knowledge your character has picked up along the way. The Forgotten City is essentially a roguelike but for dialogue options. Instead of carrying over abilities or buffs, you’ll get to bring over the knowledge you’ve accrued through previous attempts and use it to your advantage.

This is apparent as soon as Galerius greeted me again upon stepping back out of the portal for the second time. Our conversation options were not only completely different at first, but they eventually branched out because my character already knew what was going to be said. Due to this slight change in conversation, I was given a zipline tool that I was unable to unlock prior. That example is just one of the many situations that evolve every time the time loop mechanic comes into play.

I will say that the bits of action that make up The Forgotten City are not great. Any time I fired a weapon or engaged in combat, it somehow felt sluggish and weighty. That obviously has a fair bit to do with being built around a game that was made in 2011, but there really isn’t much of an excuse for a 2021 game to feel as awkward as this game sometimes does.

While I didn’t mind, the overall ending was also something that also didn’t really shake my foundation. I know that mystery movies, shows, and games are always pretty hard to execute ending-wise, even with rock-solid ideas, but that still doesn’t take away from the fact that once you figure out the main twist of the game, it doesn’t get too much crazier from there.

With that said, I still highly recommend that anyone who loved the original mod that inspired The Forgotten City or anyone that just likes a good story-driven title play this game. The time loop mechanic, evolving dialogue, and myriad of choices and scenarios that occur make for one hell of a narrative ride, just keep your expectations of the combat low, or else you may be disappointed 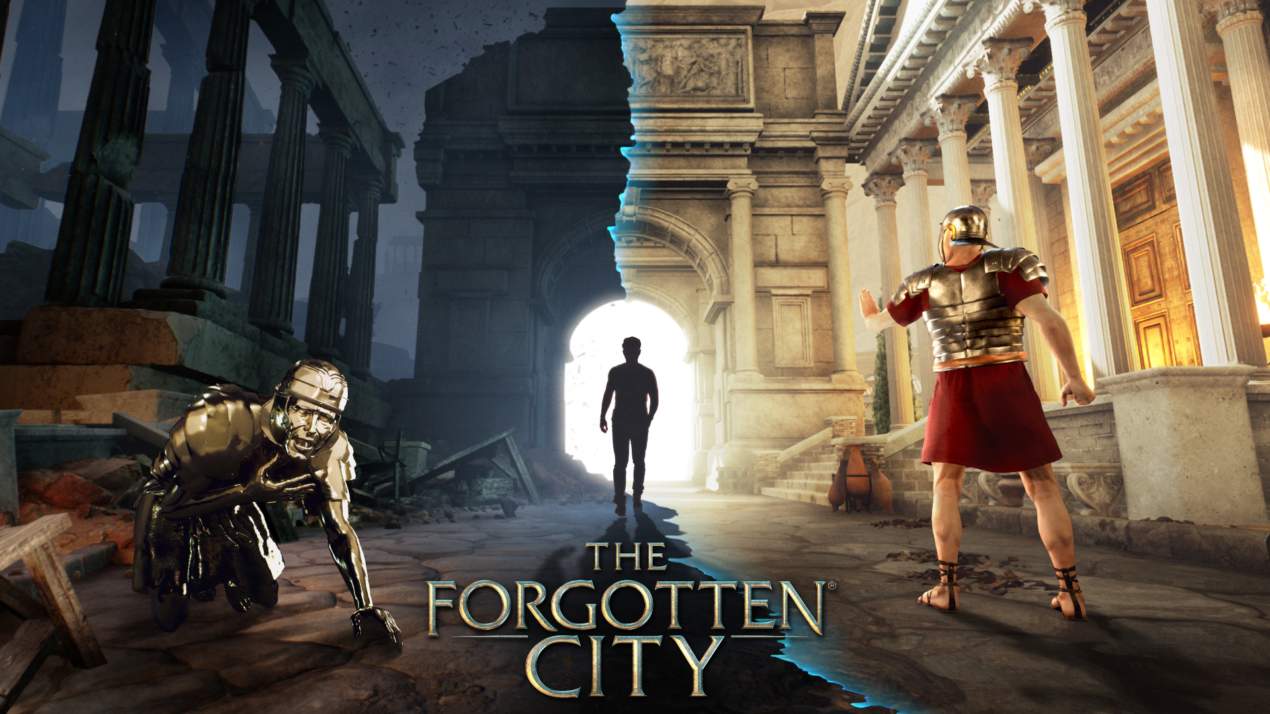