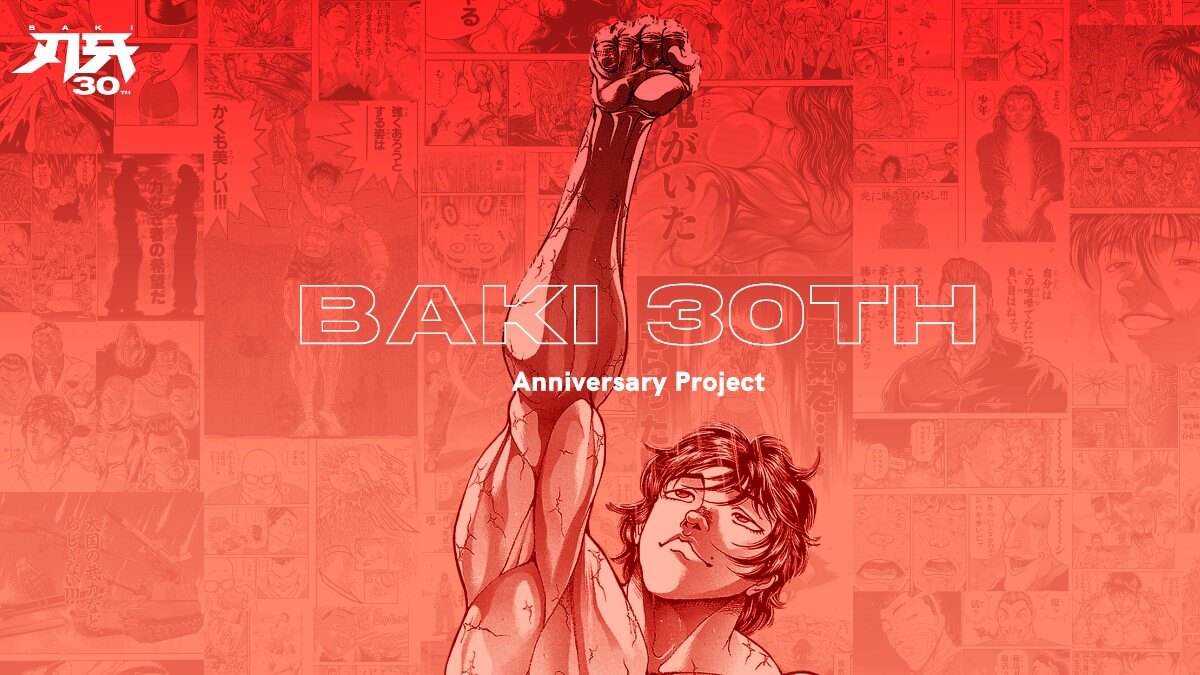 Today, a brand new trailer for Baki Hanma released, revealing that a worldwide release of the sequel series would be airing exclusively on Netflix this fall. To help mark the 30 year anniversary of the manga, an anniversary website has also been created.

On this website, fans can find all sorts of useful Baki-related content, including history, news, and even an art contest where people can submit art, cosplay, videos, or original manga. To submit to the contest, you can follow the instructions listed on the website here.

Most importantly, the anniversary website will detail a schedule of upcoming events for the series, including an eventual release date reveal for Baki Hanma. Fans can see a little bit of what they can expect from the upcoming season in the trailer below.

For anyone who hasn’t seen the anime, Netflix provides the following description:

The story finally unfolds into a full-blooded clash between Baki Hanma and his father, Yujiro Hanma, who is known as the “strongest creature on earth.” The climax of the universe, which depicted the “strongest parent-child brawl in history of the world” in the original manga, has been adapted into the long-awaited anime!

Anyone looking for more information on Baki Hanma should check out the anniversary website for themselves. Twinfinite will also have plenty of updates as they are released, so be sure to check back here as well. If you’re on the hunt for more anime content, there is plenty of that here too, including lots of news, features, and quizzes you won’t find anywhere else.