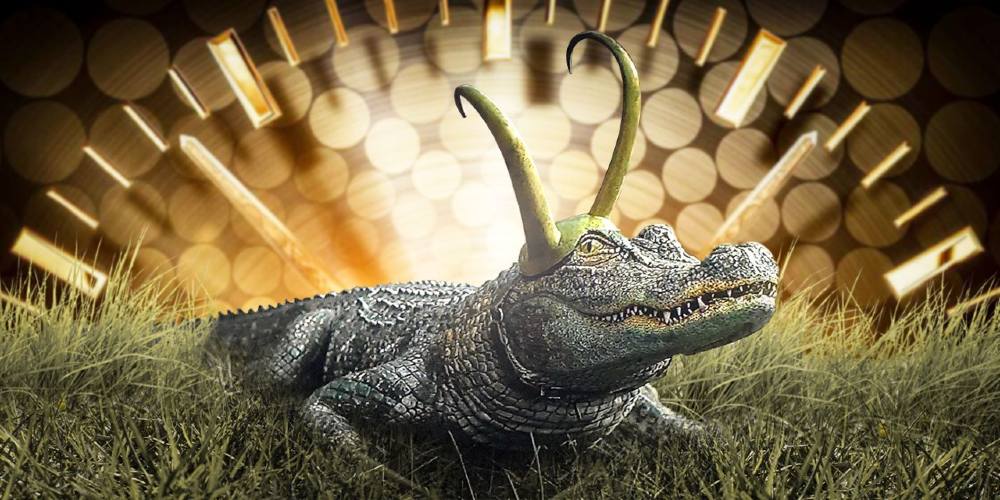 Warning: The following article dives into spoilers for Disney’s Loki up until episode 5. If you haven’t seen the show up until this point and don’t want anything spoiled, come back when you’ve caught up. Otherwise, enjoy!

Disney’s Loki has been a strange and wild ride so far, as the show follows the variant Loki that escaped during the events of Avenger’s Endgame. That crazy events include everything from time travel to items that can rewind a person to their last location.

Easily the most interesting part of the show comes about when the show’s main Loki begins to meet other variant versions of himself. These include versions that are considerably old, a female, a president, and even a child version that killed Thor. All of these pale in comparison to the might that is Alligator Loki.

This variant is introduced alongside a few others, though there isn’t exactly evidence to discern that he actually is a Loki outside of the helm he wears. It also doesn’t help matters that he can’t talk. Luckily, Youtuber Supercuts Delight has fixed that issue, adding in some helpful subtitles, as you can see in the video below.

While unofficial, the fan-made edit not only helps bridge the conversation gap for some situations but is also downright hilarious. What do you think? Is Alligator Loki an actual variant? Can Classic Loki actually understand him? Be sure to let us know what you think in the comments below.

And while you’re here, be sure to check out all of the other Loki and Marvel content we’ve got to offer you down below. That includes how Variant Loki closes the original’s MCU Arc, a Captain America Shield that bounces back, and things Marvel needs to keep doing in its upcoming shows. We’ve also got plenty of personality and trivia quizzes for your enjoyment as well.