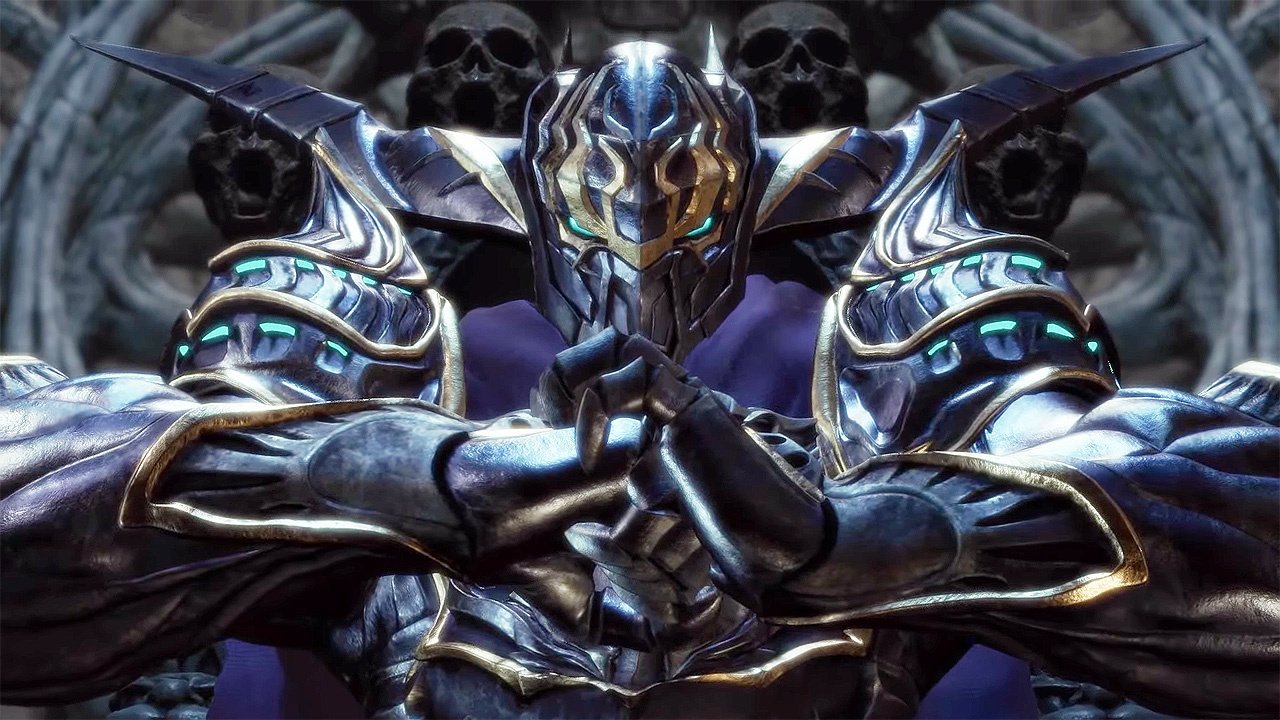 It’s safe to say that Stranger of Paradise: Final Fantasy Origin, a new Souls-like action title that uses the original Final Fantasy as a motif, didn’t make the best first impression upon its reveal.

The game’s reveal trailer was an awkward disaster people couldn’t look away from, putting its generic and edgy protagonist front and center alongside his angsty obsession with chaos. To its credit, it did give the new title plenty of publicity; albeit for the wrong reasons, and through a stream of memes at the game’s expense.

Muddying the reveal further was the demo released alongside it. Launching in a broken state, it wasn’t even playable for the first few days after it was supposed to be available.

Needless to say, this all didn’t inspire confidence in the current state of the full product. And yet, after finally getting the demo up and running, I was happily surprised to find that there is something to this new take on the Final Fantasy mythos.

The demo’s set-up is simple enough: As Stranger of Paradise: Final Fantasy Origin’s protagonist Jack, you’re tasked with delving into the lair of “Chaos.” You’re accompanied by his two friends Ash and Jed, and you’ll need to fight your way to the heart of the lair to put an end to its shadowy ruler.

Of course, this is easier said than done. The lair is filled with classic Final Fantasy monsters, and I do mean classic. Simple and straightforward foes like Skeletons, Wolves, and Goblins make up the bulk of the enemies that’ll come at you, with spawn points scattered around the map that you’ll need to disable to keep them from respawning constantly.

They won’t be pushovers that you can dispatch with ease, though. In true Souls-like fashion, each enemy is capable of wiping the floor with you if you aren’t careful. Should you die at their hands, you’ll be sent to an earlier checkpoint, forced to make your way through repopulated areas again in the hopes of learning from your mistakes and finding a checkpoint further into the dungeon.

Fortunately, you’ll have plenty of tools at your disposal to help you succeed. Both through enemy item drops and treasure chests, you’ll find a number of new pieces of gear to choose between. Not only that, but these drops will appear at a rate one would expect from something like a looter-shooter.

Though there isn’t much aesthetic variety or weight to different weapons. There is, however, a noticeable increase in damage output between a basic sword and one with a +5 rating. Armor, meanwhile, carries more substantial differences. In addition to notable stat increases, each new armor piece or set feels in line with the design aesthetic of the original Final Fantasy, with plenty of high fantasy influences in everything from robes to gauntlets.

This mash-up of elements from other genres gave the demo an interesting feel. I ended up enjoying the loot grind more than I thought I would, and looked forward to picking up a new sword or robe upon defeating a new enemy. However, this did mess with the sense of difficulty the game tried to provide. Most times, it felt more like the enemies were difficult because I was underequipped for a portion of the area as opposed to difficulty coming from a lack of skill.

Speaking of which: There are a number of different combat mechanics for you to take advantage of in Stranger of Paradise: Final Fantasy Origin.

All of the mainstay mechanics you’d expect from a Souls-like are there, including blocks, dodge rolls, and parries. These will all feel serviceable to anyone who has played a Souls-like before, as they get the job done in most combat encounters.

However, this isn’t the limit of what’s available to players. Alongside these mechanics is the Soul Shield ability, which allows you to take an enemy’s attack and throw it back at them. Using the Soul Shield against a Goblin’s thrown rock, for example, allows you to catch it and toss it back at them, avoiding damage and dealing some out in the process.

In addition to being flashy, these can be useful for countering most any enemy type with a special counterattack that doesn’t require you to be right next to the enemy. Like a parry though, it requires exact timing, and you won’t be able to spam it to succeed.

Needless to say, there’s a lot of potential for a solid game in Stranger of Paradise: Final Fantasy Origin. However, this is also one of its biggest flaws: As it stands, there’s almost nothing about the gameplay that stands out as special or groundbreaking.

While it handles almost all of its gameplay mechanics well enough, none of them feel substantial or high-quality in a way that shows they were made for this title specifically. They’re serviceable imitations and takes on gameplay from other big titles, and don’t strive to be anything more than that. To be sure, the Soul Shield is a worthwhile exception, but it can be easy for it to be lost in the deluge of other mechanics at play.

It’s a title that doesn’t know whether it wants to be its own original creation or a chimera of other games’ elements. As a result, it’s a bit of a mess in terms of focus and doesn’t look like it’ll exceed expectations in any areas.

Fortunately, this is an early build of the game, meaning there’s still plenty of time to hone the gameplay into something its own. Hopefully, the developers at Team Ninja can take the game’s potential and make it shine like a crystal worthy of the Final Fantasy moniker.

Stranger of Paradise: Final Fantasy Origin is currently slated for release on PlayStation 5, PlayStation 4, Xbox Series X, Xbox One, and PC in 2022. For more on the game, check out its initial reveal trailer here.