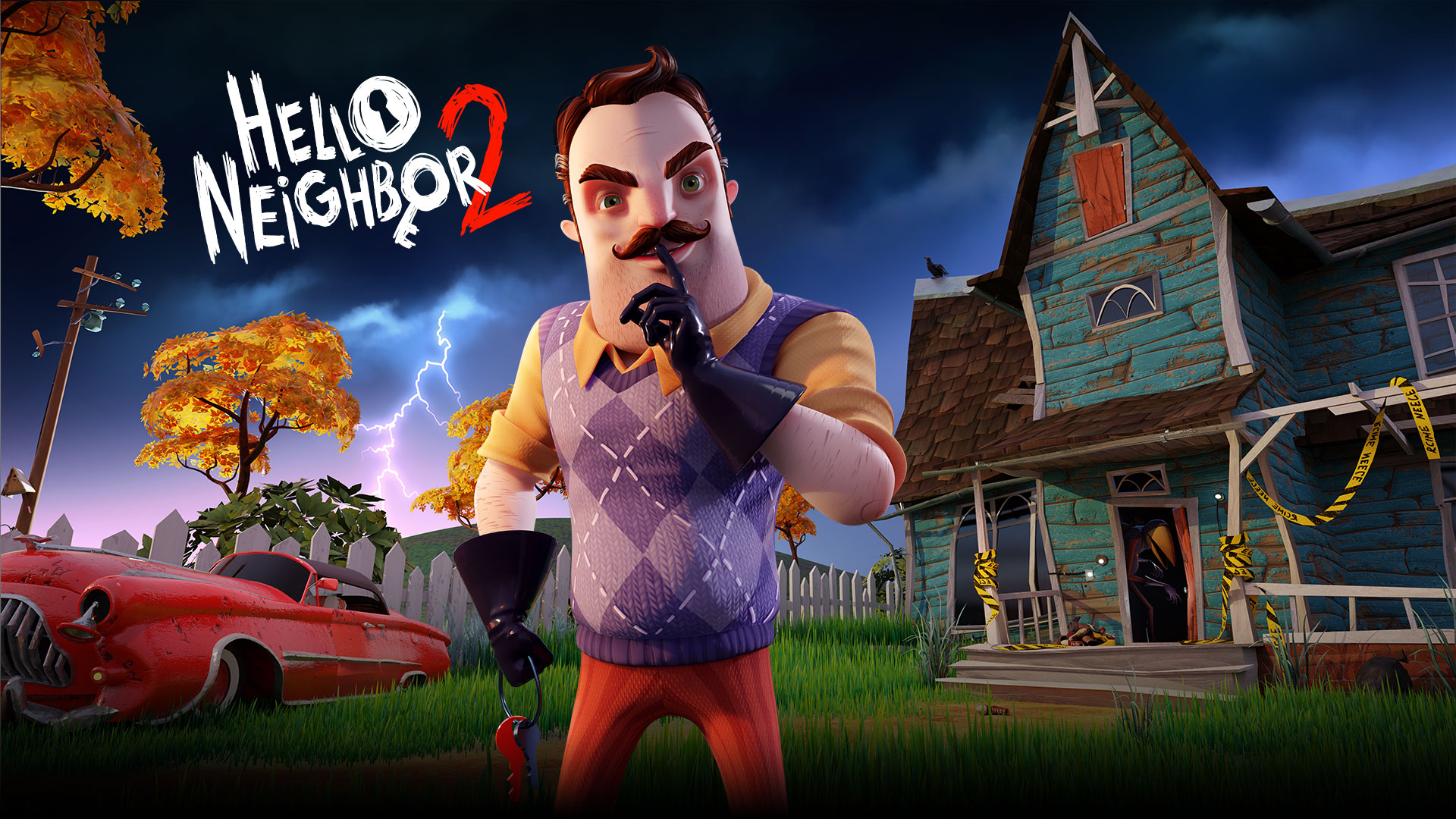 Hello Neighbor 2 has received another new trailer, and this one makes it clear that all is not right with the titular character from across the street.

Streamed during the E3 2021 PC Gaming Showcase livestream held on June 13, the trailer is a blend of cinematics and gameplay. Both elements show off the creepy and unsettling nature of the sequel, while also revealing the inherent danger the protagonist will face over the course of the game.

It starts with Hello Neighbor 2 protagonist Quentin driving along a dark and lonesome road. The few people he passes along the way are cops investigating a ramshackle house, and they shoot him a look that is a mix of indifferent and hostile. Before long, he arrives at the Neighbor’s house, and breaks in with a crowbar.

Not long after, he sees the Neighbor come up out of the basement covered in a black substance. He then follows him into the bathroom to obtain a wrench needed to advance further into the house. Quentin succeeds in getting the wrench, but almost immediately afterward the Neighbor catches him. After that, Quentin’s fate is unknown.

It’s a short, but effective trailer, and it sets up the cat and mouse stealth gameplay that’ll be integral to Hello Neighbor 2’s overall experience nicely. Those looking forward to the game will want to check out the full trailer for themselves down below.

Hello Neighbor 2 is currently slated for release on PC. For more on the game, check out our coverage of a recent video detailing how the Neighbor’s AI will shift and change according to how every person plays the game when it releases. There should also be some more related articles for you to peruse down below.

For more on all the latest news coming out of E3, stay tuned to Twinfinite. We’ll be covering every announcement, reveal, and trailer as they’re released.