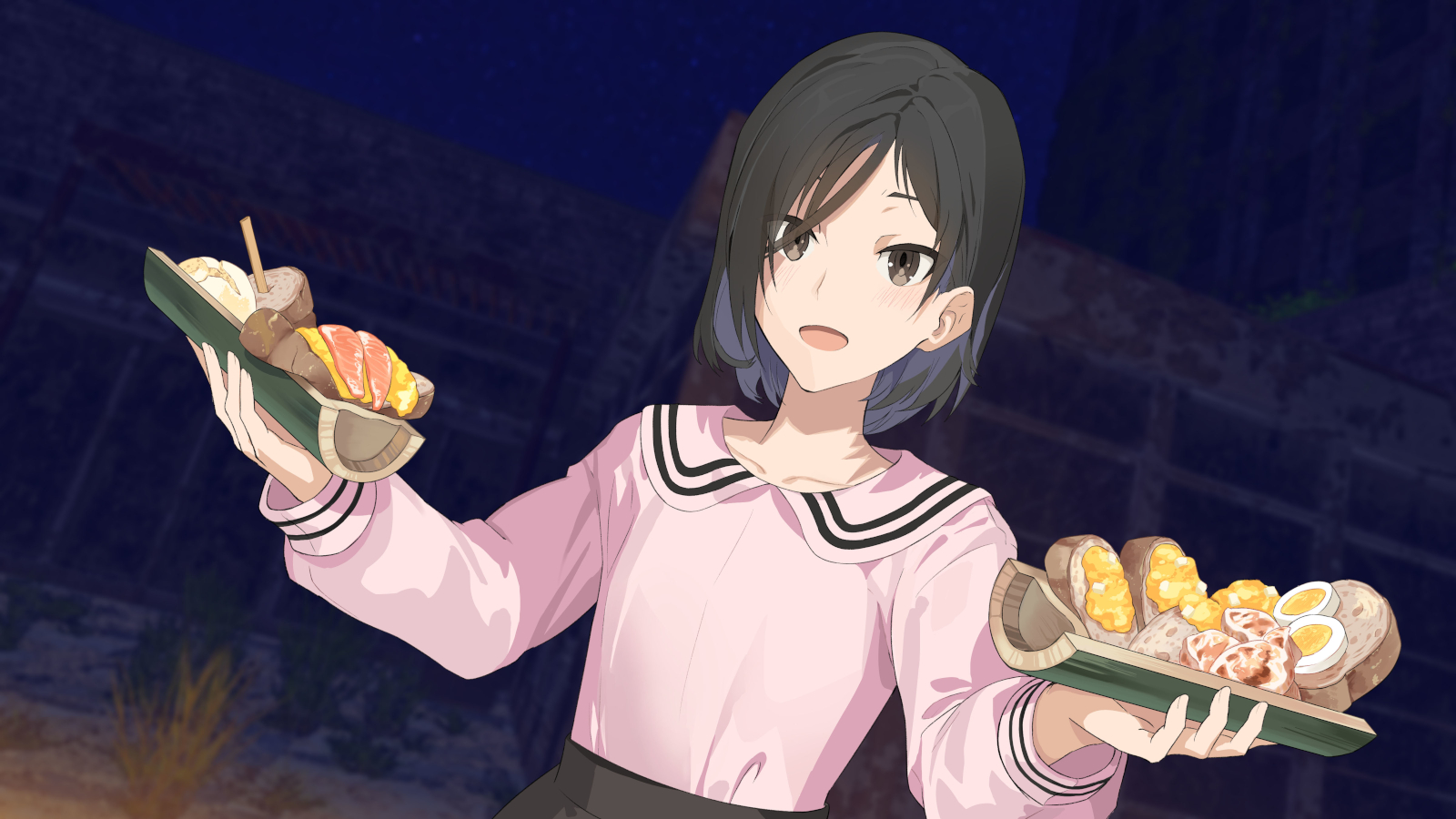 The game will release in Japan for PS4 and Nintendo switch on Oct. 28, 2021. The title translates as “This way, From the Mother Star” and it’s the new game of a line dedicated to Yuri games launched by Nippon Ichi Software

The character design and the game itself may prove familiar to those who remember Jinrui no Minasama e, as it shares the art by Yuu Akinashi, the relevant production staff, and basically the setting.

While Jinrui no Minasama e was set in an abandoned and overgrown Akihabara, this time the setting is shifted to Ikebukuro.

The story is about six girls surviving in a world in which no one else is left after a virus that allegedly came from space devastated the world.

The girls will have to learn to survive on their own in a world where no one else can help them, while supporting each other.

They wake up in an empty cruise ship, but when they leave they suddenly find themselves in the Ikebukuro district of Tokyo.

While they focus on surviving day after day leaving questions aside, a certain event provides hints about the nature of this strange world.

Below you can watch the trailer of Kochira, Hahanaru Hoshi Yori, alongside the first screenshots and artwork.