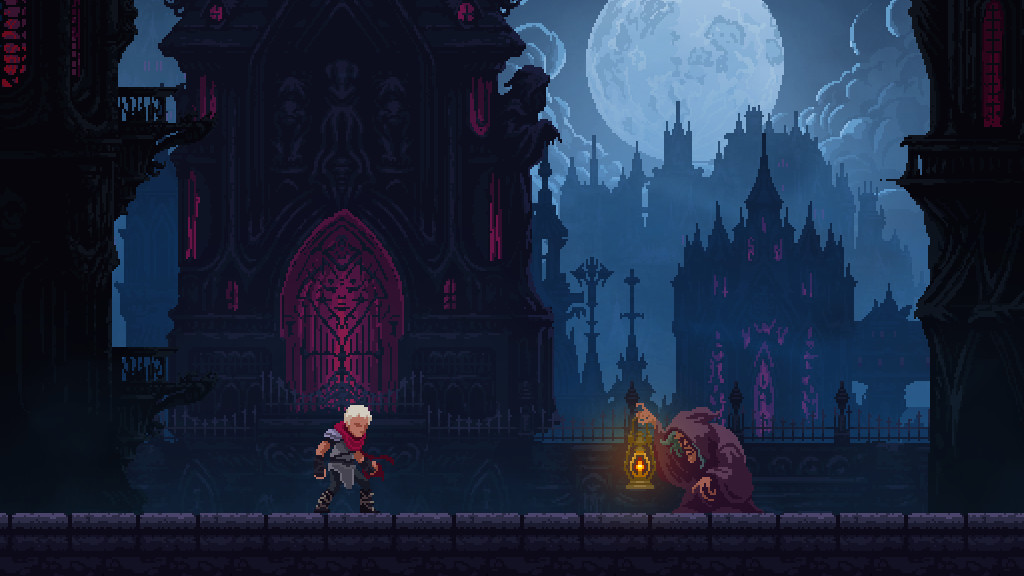 Developer Graffiti Games revealed the first gameplay footage of its upcoming Metroidvania title Elderand over the weekend, and it certainly appears as though its gritty combat and pixelated visuals will appeal to mega-fans of Konami’s storied franchise, Castlevania.

“Elderand is a love letter to Castlevania with modern elements that fans will enjoy,” said Will Fernandes, founder of Mantra. “We think it will be the next great game in the genre and we’re excited to partner with Graffiti Games to release it next year. Graffiti has a strong track record of successfully publishing indie games and Elderand will be their next hit.”

Elderand is said to feature a punishing, skill-based combat system that rewards careful timing and positioning. Locating treasures and loot is a key aspect of the game’s progression loop as a myriad of items, unique relics, potions, weapons, and shields help players upgrade their character.

As seen in the trailer below, Elderand takes place over a number of levels that depict an epic journey to distinct lands filled with ancient mysteries to unravel. Players will apparently be rewarded for exploration, as hidden passageways and a host of NPCs to interact with revealing themselves to those who take the time to look.

You can find out more about Elderand on the game’s Steam page.