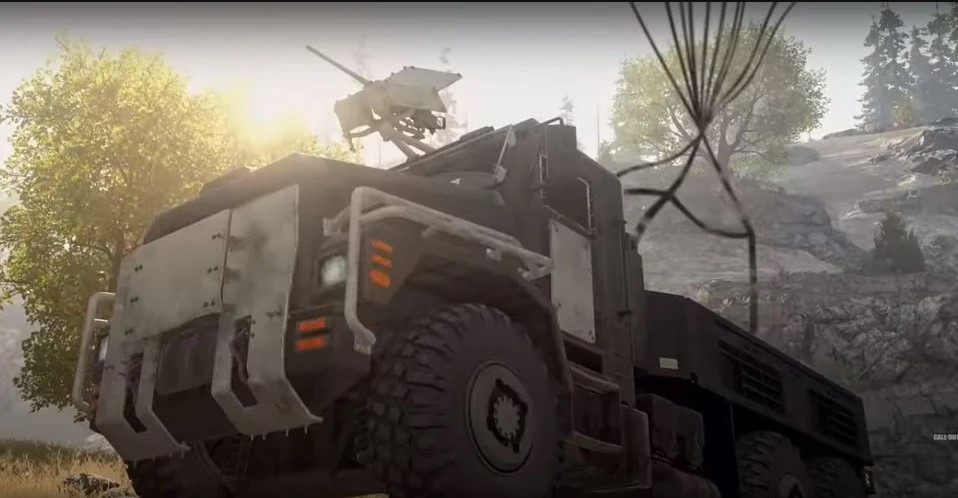 With the release of the Season 4 update this week, Activision has chosen to introduce the Armored Truck into CoD Warzone. This joins the cargo trucks that have been in the game for some time and has plenty of upgrade options that make this an unstoppable killing machine. Here’s how to get the armored truck in CoD Warzone.

First things first, you’ll need to find satellites in order to call one in.

How to Find Satellites in Warzone

To call in an Armored Truck, you’ll first need to find one of the smaller satellites that crash into the map during the game. These are random and can be seen (and heard) when they’re up in the sky.

When you see one of these satellites, wait for it to drop and head over to it. Interact with it to ‘capture’ it, and this will trigger a Satellite Cache to drop somewhere nearby.

How to Get an Armored Truck in Warzone

Head over to the Satellite Cache marked on your map and interact with it again. You’ll now be given either a HARP or an Armored Truck. Given you’re reading a guide on getting the Armored Truck in Warzone, the choice is pretty self-explanatory.

The Armored Truck will now be dropped onto the map in your nearby vicinity. Hop inside and you’ll have the option to choose between driving the car or using the turret.

How to Upgrade the Armored Truck

To upgrade your armored truck, head to the back of it and interact with the little terminal screen. Interact with it and you’ll be able to purchase any of the upgrades listed below:

Where Is the Armored Truck?

At the time of writing, Raven Software has announced that the Armored Cargo Truck has been removed from Warzone due to an ongoing issue with players becoming invisible.

According to the official Trello board where fans can follow the status of bug and glitch fixes, however, a fix has been released for the armored truck’s invisibility woes, so it should be back in the game soon.

That’s everything you need to know on how to get the armored truck in CoD Warzone. Be sure to check out our wiki for more tips and tricks, or see more of our coverage on the game below.