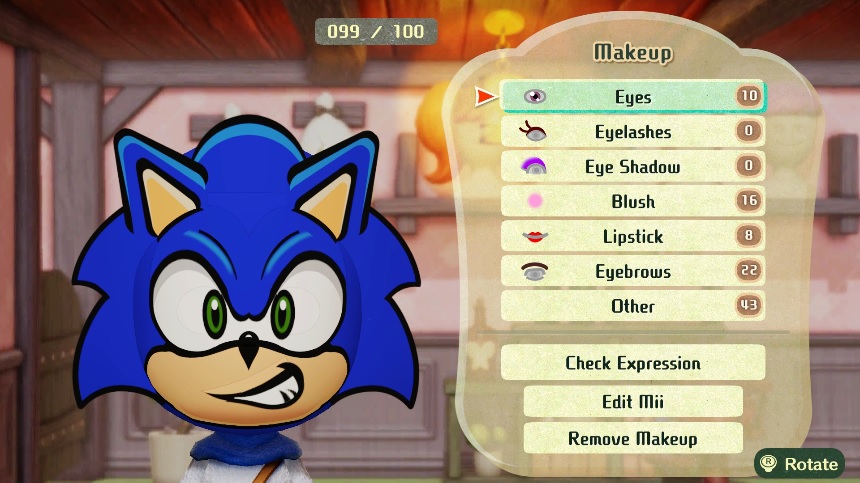 Never underestimate the power of artists, even when it’s inside of a game. Players have been getting extremely creative with the Mii character creator in the demo for the upcoming Switch game Miitopia.

Even though it’s just a demo for the adventure RPG that releases later this month, Miitopia features a Mii character creator that goes way beyond what you remember from the days of the Wii. In fact, Nintendo has added more customization options than what Miitopia had when it originally released on the 3DS.

The creator is so in-depth that players are creating actual works of art as their Miis to use in the game. From well-known video game characters to memes, there seems to be no limit to what is being made.

Here are some of the most impressive Miis we’ve found so far. If you want to download them into your own game, some of them have access keys in the tweet or within the tweet’s replies.

This Inkling looks like she’s straight out of Splatoon 2:

We might never see Geno as a fighter in Super Smash Bros., so this person too matters into their own hands and created him for Miitopia instead:

I bet you didn’t expect to see Jammer Lammy and PaRappa the Rapper with 3D bodies today, did you?

Duchess from Foster’s Home for Imaginary Friends might be one of the most impressive of all, using negative space to give her head the right shape:

Okay, these Daft Punk Miis look a little too realistic:

This one isn’t even a real character, but it’s too ridiculously impressive to not include it here:

And of course, this list wouldn’t be complete without a meme:

Miitopia releases for the Switch on May 21, and you can download the demo now to try out the game’s Mii character creator.