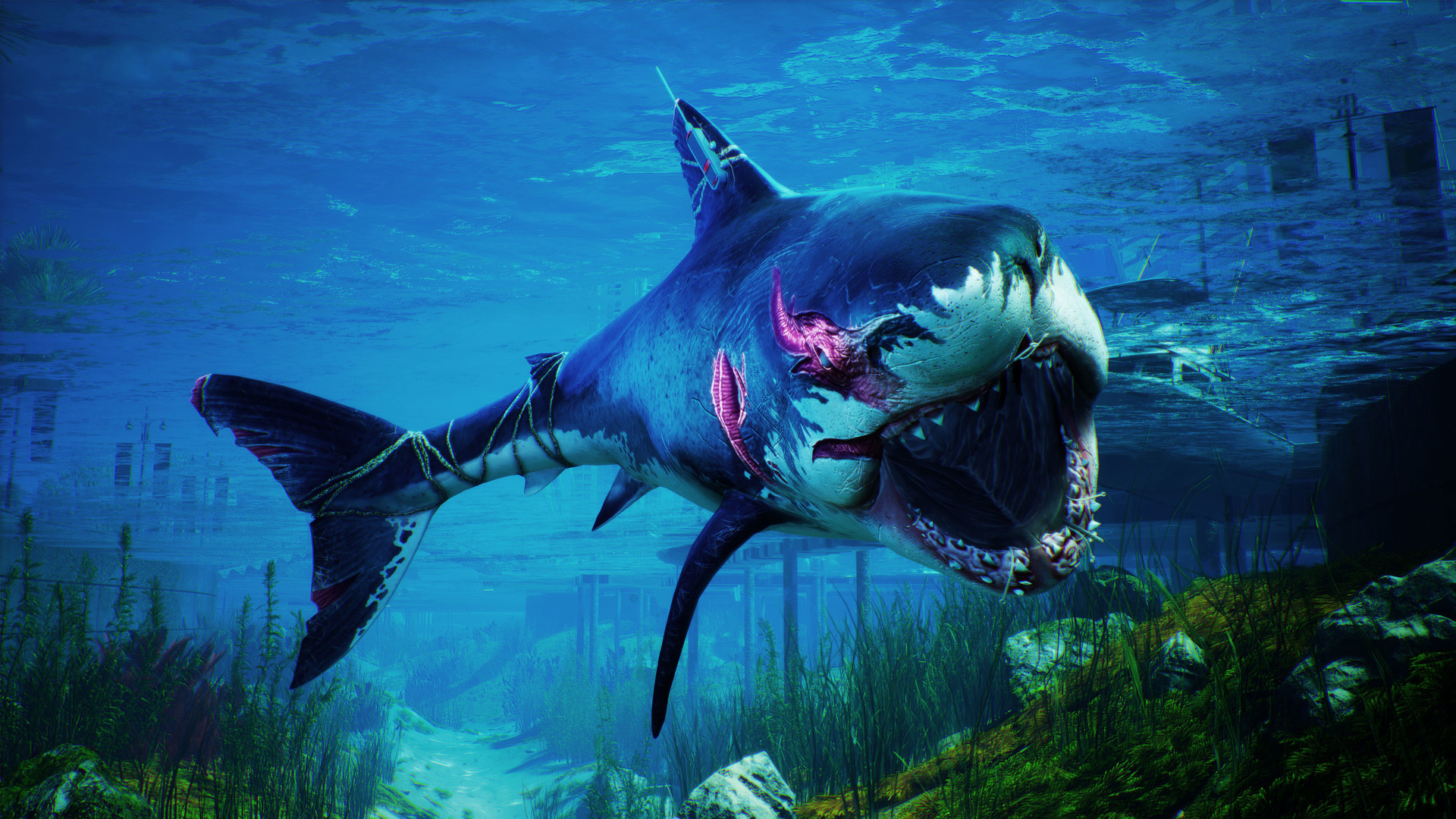 Going into playing Maneater on the Nintendo Switch, I had pretty low expectations, as the game didn’t blow us away when we reviewed it on PlayStation 4 last year. The gameplay loop was repetitive, and its graphics and framerate somehow got worse as things progressed.

Yet, even though these issues are still somewhat present in this Nintendo port, I still enjoyed playing Maneater on the Switch. Honestly, playing through the game on this console just made me feel like it should have released on it from the get-go.

A lot of that has to do with the fact that the Nintendo Switch as a whole isn’t really a console known for technical masterpieces. As such, the low framerate and poor graphics that stood out on the PS4 fit the mold of the Switch, especially when it only had to perform in handheld mode.

The smaller screen helped a lot when it came to performance, as there was less on the screen to have to worry about rendering, resulting in a consistent framerate. There were very few times in this mode where I was playing and noticed that frames dropped considerably.

With that said, there is a reason I played most of the game in handheld mode. The few times I did decide to play Maneater while docked lowered the performance noticeably, causing more rampant instances of issues the game constantly ran into while running on the PS4.

Whenever there were too many enemies on screen at once while docked, the game felt like it was swimming through milk, making boss fights very difficult. And while it may not have crashed at any point during this, it still wasn’t nearly as fun to play in this mode.

That wasn’t really a big deal, as I enjoyed playing it in handheld mode more anyway. Regardless of what mode I had the game in, though, I will say that nighttime sections and poorly lit areas of deeper sections of the map were a bit of an annoyance.

Unless I turned the brightness up significantly, it was very hard to see where I was going. The lower graphical quality didn’t help this matter either, as there was very little detail to help guide me out of the darkness.

Again, I didn’t go into playing this game on the Nintendo Switch thinking that it would have good graphics, so turning up the brightness at times didn’t take me out of the experience too much.

I was honestly more focused on the gameplay, which is still fun as hell. Maneater does a great job at making me feel like Jaws, as the shark rip through anything that stands in its way by the end of the game.

The RPG mechanics were great, as grinding to level up the shark felt really rewarding. Getting the bone fins was especially satisfying, as it allowed me to rip up boats like a knife through butter.

In terms of play style, I also think that the game is best enjoyed in small doses. Playing any longer than an hour at a time throughout the eight-hour campaign does make the repetition set in a little quicker than I would have liked.

Playing the game in bite-sized chunks, though, gave me the perfect amount of carnage I was looking for each day I played. It was especially fun to play out by the pool with a bunch of screaming kids, as it gave the game even more atmosphere.

When it comes down to it, this is definitely one of those games that isn’t going to appeal to everybody. If you’re looking for a goofy concept and a fun time on the go, Maneater on Nintendo Switch is just that.

If you’re looking for a technical masterpiece, then the slight changes probably won’t be enough to make you want to play this just because it is on a different console. Either way, this port is certainly a step up from its original release, even if it is only a small one.