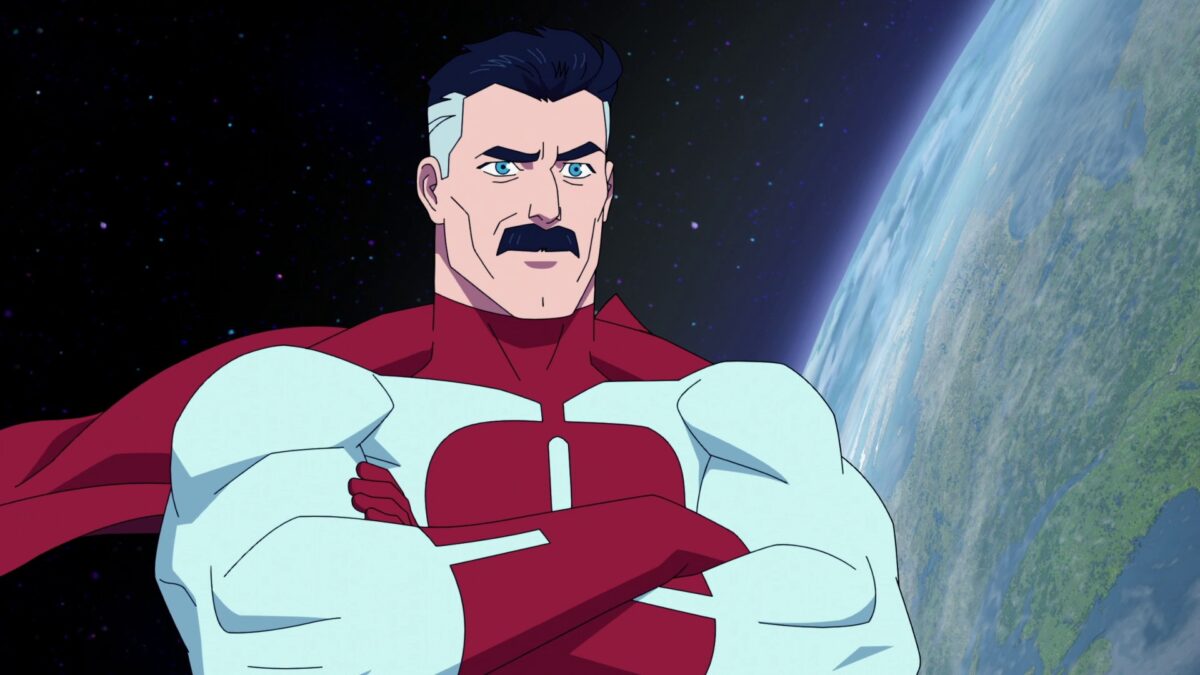 Warning: This article goes into heavy spoilers for Invincible’s final episode, as it discusses a moment that spoils the entire story of the first season when talked about. If you want to experience this craziness for yourself, come back after you’ve seen all eight episodes.

Invincible’s first season just wrapped up, and all fans can talk about is what a wild ride those eight episodes were, as it featured an insane amount of twists and turns that no one could have seen coming. Arguably the most shocking moment came in the show’s finale, which saw Mark and his father, Omni-Man, fighting each other.

Anyone who has seen the battle knows it wasn’t really even a fight at all, as Nolan absolutely decimates his son, throwing him through buildings and using his body to kill an entire train full of people by simply standing in one place as it plows through them. As the beating comes to a climax, you see Omni-Man frustratedly yelling at his son, telling him to think about the choice he is making.

While this is indeed a shocking and impactful moment, as you hear Nolan angrily yelling at his son’s almost unconscious body, one fan took it upon themselves to turn it into the perfect meme template.

In the post above, you can see this template being born the moment Omni-Man points at his head, as a slew of other similar characters throughout entertainment are drawn using the exact same format, set to the tune of Electric Light Orchestra by Mr. Blue Sky. The video has characters from any video game, movie, or tv show you could possibly think of reenacting the moment, including Catdog, God of War, and Dragon Ball Z just to name a few.

Be sure to tell us which of these hilarious memes were your favorites in the comments section below. If you’re still looking for more Invincible articles, we’ve got plenty of that to go around in the related contents section below.