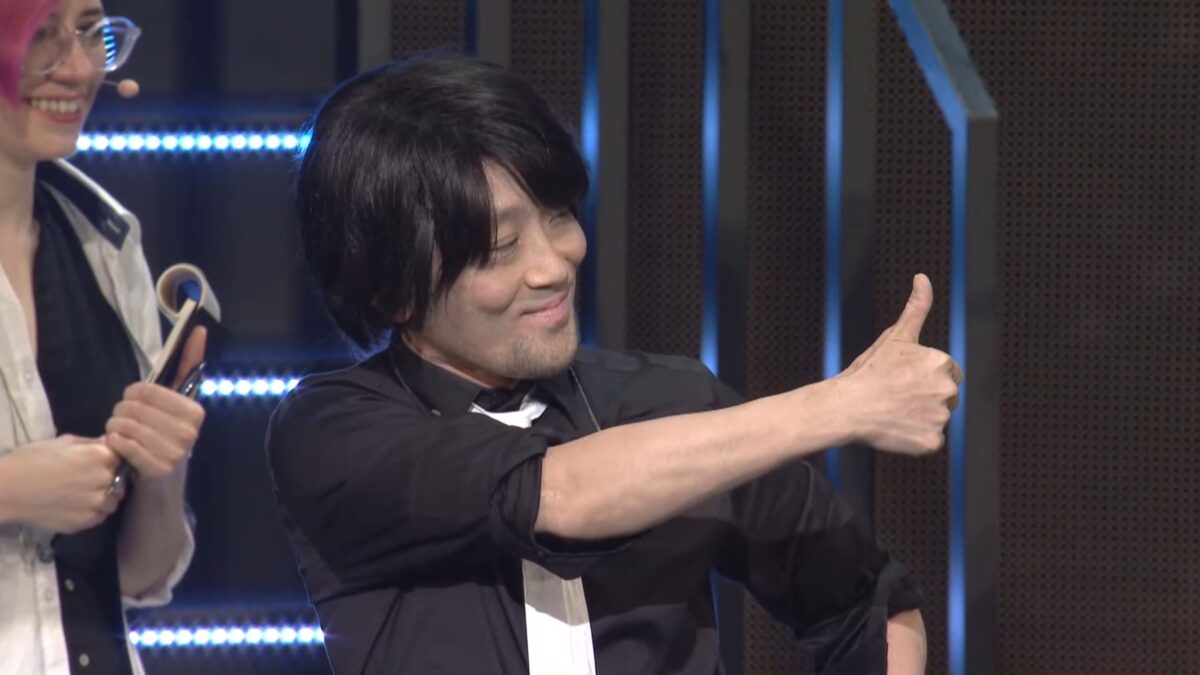 The Final Fantasy XIV Fan Festival has just concluded, and among the joy and celebrations, players witnessed a moving moment through the words of composer Masayoshi Soken.

During the closing ceremony following an absolutely fantastic performance of the game’s official band, The Primals (led by Soken-san himself), the prolific composer and musician took the stage to deliver a message about his personal life to the fans, among whom he’s extremely popular.

Soken-san thanked the fans (throught the translation by Michael-Christopher Koji Fox) for their support and explained that last year in March he was diagnosed with cancer.

Since then, until October 2020 he spent several months in a hospital battling his condition. Yet, he did not want to stay idle, and he spent that time working despite the hardships created by the chemotherapy. As a result, he and the team managed to deliver update 5.3 and the song “To The Edge” (Featured in the Warrior of Light battle). Seeing the reactions from the players all over the world helped him to conquer his cancer.

Soken-san then explained that the cancer is almost in full remission, which is why he was able to take part in the celebrations of the Fan Festival. He added that the player’s support and love are what brought him back.

He promised that from now on he’s going to continue to do his best to continue making great games for the fans.

Soken-san had not mentioned his condition to most of the Final Fantasy XIV development team, as he did not want to affect their performance. Yet, he explained, the fact that he was not treated differently and was given the same amount of work as usual, made him feel like nothing had changed, allowing him to get through the hard times.