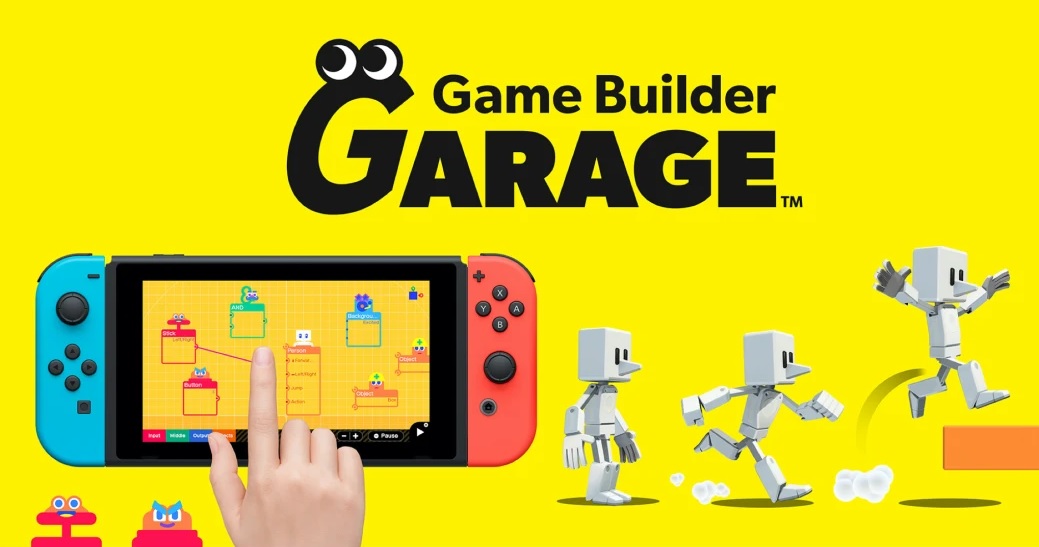 If you’ve ever dreamed of creating your own video games, Nintendo has just announced new software for the Switch that can teach you the basics of game design and visual programming. It’s called Game Builder Garage, and it releases next month.

This software allows you to create your very own games through interactive lessons that are broken into parts so you can learn at your own pace. The lessons walk you through how to program seven different types of games, such as tag, rolling a ball through a maze, and racing.

Each of the lessons uses fictional beings called Nodons to walk you through the steps of game design. You can create the player controls, design an environment and characters, choose an objective, and more. The game design seems similar to what we saw from Nintendo Labo.

The lessons are designed for people who are completely new to game design, so you don’t need to know anything before jumping in. It seems like the perfect introduction to programming for kids or for people who aren’t sure if they should pursue game design. It helps you “learn to make games from the minds at Nintendo.”

There will also be a free programming mode that you can take everything you’ve learned to bring your ideas to life. It lets you choose music and themes to express your creativity to its fullest.

Game Builder Garage will also let you share your creations with your friends. You’ll be able to exchange codes to download and play each other’s games.

Nintendo’s website says that the builder will support up to eight players and is meant to be an educational game. It also says there are in-game purchases, though it’s not yet clear what will be purchasable.

Game Builder Garage will release for the Nintendo Switch eShop on June 11 for $29.99. You can watch the announcement trailer below and read more about it on Nintendo’s official website.