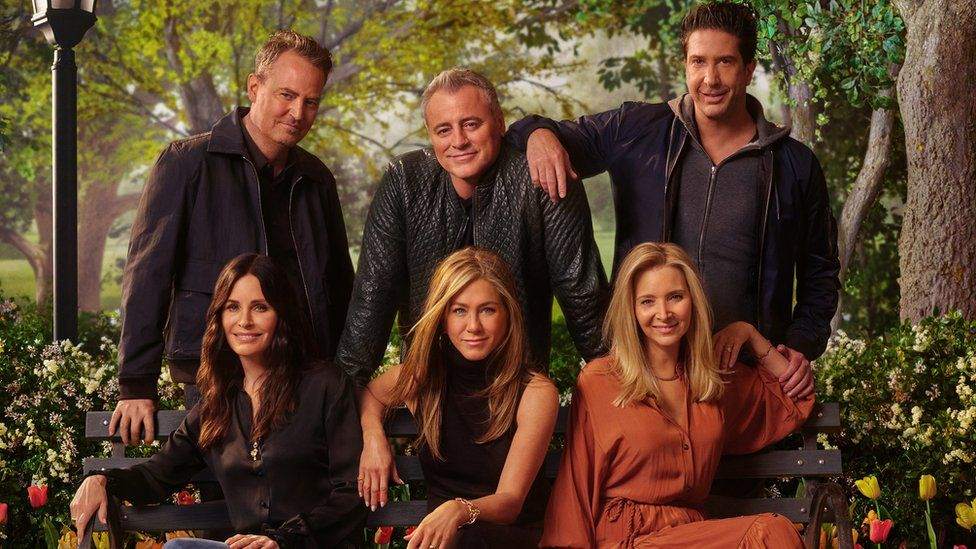 It has been a long time coming, but fans no longer have to wait to see their favorite sitcom group back together again, as Friends: The Reunion has finally aired. In this event, the cast members got together to talk about their favorite moments in the show and share some behind-the-scenes knowledge.

There are honestly so many great moments in the reunion that it is hard to keep track of all of them. That is why we’ve compiled a list of them for you right here.

So get ready, as it’s time for The One with the Best Moments From Friends: The Reunion.

It goes without saying that the main cast of Friends is the reason fans love the show. The chemistry between Ross, Rachel, Phoebe, Monica, Chandler, and Joey is so natural and relatable that it still holds up to this day.

Like any great sitcom, though, each story, and the group’s overall dynamic, is always made better by supporting characters. Whether it is Chandler’s romance with Janice, or Gunther and his unrelenting love for Rachel, Friends had some fantastic side characters that added depth to the plot.

Thankfully, fans got to see the return of many of those characters during Friends: The Reunion. A few of those returning personalities include Jack and Judy Geller, Richard Burke, and even Mr. Heckles, back from the dead.

Jennifer Aniston and David Schwimmer Had Feelings for Each Other

Even people that have never watched Friends before know that Ross and Rachel were the show’s core romance. The duo’s will they/won’t they love affair makes for some classic sitcom television.

Yet, while fans may have always known the two were meant to be together, no one could have guessed that the actors behind the couple were secretly crushing on each other as well. During Friends: The Reunion, each actor admits that they both really liked each other.

“At some point, we were both crushing hard on each other, but it was like two ships passing,” Schwimmer said. “One of us was always in a relationship, and we never crossed that boundary.”

In the end, the cast admits that the tension behind their crush made the situation feel even more honest and real, resulting in one of the most memorable first kisses ever seen on television.

If the Friends: The Reunion gave any unique incite into the actors that play the main cast, it’s that Matt LeBlanc really is as uncoordinated as Joey. The actor admitted that he suffered not one but two considerable injuries around the time he auditioned and filmed Friends.

The first one occurred the night before his final audition for the series. To prepare himself for the role, LeBlanc went out drinking with his friends.

The night ended with him smashing his face into a toilet, resulting in a bloody nose. The best part is that he showed up the next day, messed up nose and all, and still got the part.

The other injury came while filming the scene in The One Where No One’s Ready where Joey jumps into the chair that he and Chandler are fighting over. On the fourth take, LeBlanc falls and dislocates his shoulder.

He reveals on Friends: The Reunion that this injury is why Joey falls off his bed in the next episode and has to wear a sling. Fans also get to see everyone’s reaction to the injury, including Courtney Cox not being able to stomach it 25 years later.

One of the most interesting bits of continuity that occurs throughout the first season of Friends is that Ross has a pet white-headed capuchin monkey named Marcel.

This unique pet results in many comedic moments throughout the debut for the series, including one where Phoebe gets shot with a tranquilizer dart attempting to save him. It’s also rather sweet to see Ross’s love for Marcel, especially when he has to give him up in The One With The Fake Monica.

It seems David Schwimmer didn’t share Ross’s love for Marcel, though, as he states in Friends: The Reunion that he hated the monkey. He reveals the reason for this is that it would always smear the live grub that it ate all over his shoulder and hair whenever they filmed.

As such, it isn’t too surprising that Friends got rid of Marcel near the end of Season 1.

The Return of the Trivia

The One with the Embryos is arguably one of the best Friends episodes. It features a trivia contest to see if the men or the women know more about each other. This contest results in a lot of hilarity and even has some significant consequences, as Rachel and Monica have to switch apartments with Chandler and Joey.

As a way of celebrating this episode on Friends: The Reunion, the group played their own version of the trivia. The quiz saw the return of Ross as the Quizmaster, some special guest stars, and a handful of questions that are from the original episode.

The most important thing fans learn is that not even Matthew Perry knew what Chandler’s actual job was in the show.