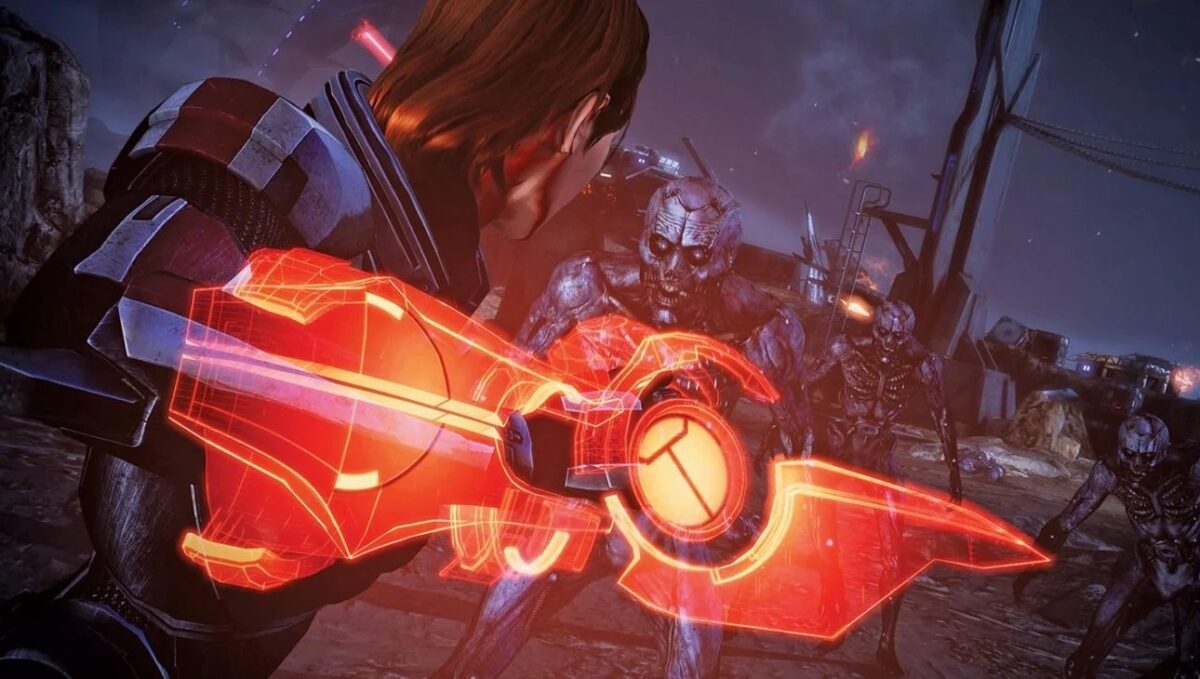 Mass Effect Legendary Edition might not seem like it is all too different if you didn’t put much playtime into the original trilogy. For anyone that has spent some significant time with Shepard and the crew of the Normandy though, there have been a lot of pretty big changes. Here are the five most significant changes in Mass Effect Legendary Edition.

One of the most frustrating features that plagued the original Mass Effect back in 2007 was its long load times, especially when you were riding in elevators. Every single time you had to hop in an elevator in the original game, there was a good chance that you put your controller down to go use the bathroom.

This was especially true when you were on the Citadel, as elevators or fast travel were the main way of getting around and always took forever. Sure, Bioware made sure to at least entertain us by having whichever squadmates you were engage in an interesting conversation here and there, but the rest of the time was filled with awkward silence.

In Mass Effect Legendary Edition, not only are the overall load times much better, but you even have an option to skip elevator rides after a certain point. This reduces the time you spend in these lateral transportation pods from minutes to seconds. You don’t even have to worry about missing out on those fun companion conversations either, as you can listen to them play out and then skip to the end of the ride.

It Looks and Sounds Way Better

Let’s face it: Regardless of how good you thought the original Mass Effect games looked and sounded when they originally released, they don’t compare to how titles are presented nowadays.

Mass Effect Legendary Edition fixes this and then some, improving everything about each games’ visuals and audio. Alongside modernized graphics and improved framerates, each title in the trilogy received numerous re-works to its animations, graphical user interface, and visual and audio effects.

These are all noticeable from the first mission. Eden Prime and your characters’ spacesuits are far more detailed, guns and conversations sound far more realistic, and effects like improved muzzle flashes help to make fights feel more immersive.

Misplaced menus and heads-up displays are also now a thing of the past, as everything is nice and organized on the screen now, eliminating unnecessary clutter. All of these changes might not seem significant to anyone playing the game for the first time, but it is certainly something that veteran players will notice and appreciate.

As the games have gone on, Mass Effect has definitely leaned more into its sci-fi abilities when it comes to combat. Classes like Adept and Engineer became more fun to play than the weapon-based Soldier class in Mass Effect 2 and Mass Effect 3 thanks to the revamped ability design, While a good bit of that has to do with the way wielding biotics looks and feels, weapon accessibility also played a large role, at least in the first game.

Mass Effect Legendary Edition switches this up considerably, taking away these requirements and allowing players to access each type of weapon from the get-go. Alongside this, they’ve also improved aim down sight mechanics a lot. Take one look at how the sniper rifle used to sway like Shepard was drunk, and you’ll really appreciate the difference.

Galactic Readiness was one of the most frustrating parts of Mass Effect 3. This feature made it so that players had to accomplish a set list of goals in order to get the best possible outcome for the game.

This sounds like a great idea on the surface, as it embodies everything the series has strived for when it comes to providing players with plenty of different choices to make. Decide that you don’t want to put effort into doing missions and making your squad loyal? Well, then you’re going to get a worse ending.

The problem was that the game also decided to tie in its new multiplayer hoard mode into Galactic Readiness. That meant that anyone who wanted to get their readiness percentage to the game’s minimum for a good ending was pretty much required to play through multiplayer.

This decision seemed odd, as it pushed multiplayer on fans that fell in love with the series for its single-player-based campaign content. Thankfully, Mass Effect Legendary Edition not only does away with this – as multiplayer isn’t even in the game – but also improves upon it.

Now, the decisions players make throughout the entire trilogy will have a hand in preparing their Galactic Readiness for Mass Effect 3. This means you won’t have to worry as much about doing every single side story the third game has to offer – unless you decide to start from Mass Effect 3 of course.

Back when Mass Effect was released in 2007, it was pretty much impossible to reach the game’s max level cap of 60 in one sitting – at least, not without significant grinding. To accomplish this, you actually had to play through the game again with the same character in its new game plus mode.

This wasn’t too big of an issue back in the day, as most players didn’t really have too many complaints about having to go through a game they loved more than once in order to reach its max level. Nowadays, though, many Mass Effect fans simply don’t have the same amount of time to put into playthroughs.

Anyone who doesn’t mind the old way is more than welcome to switch it back over to Classic Mode in the options, which doubles the level back to its original 1-60 range. If you want a quicker playthrough, as well as not having to worry as much about possibly killing Wrex on Virmire, then you’ll love this new change.