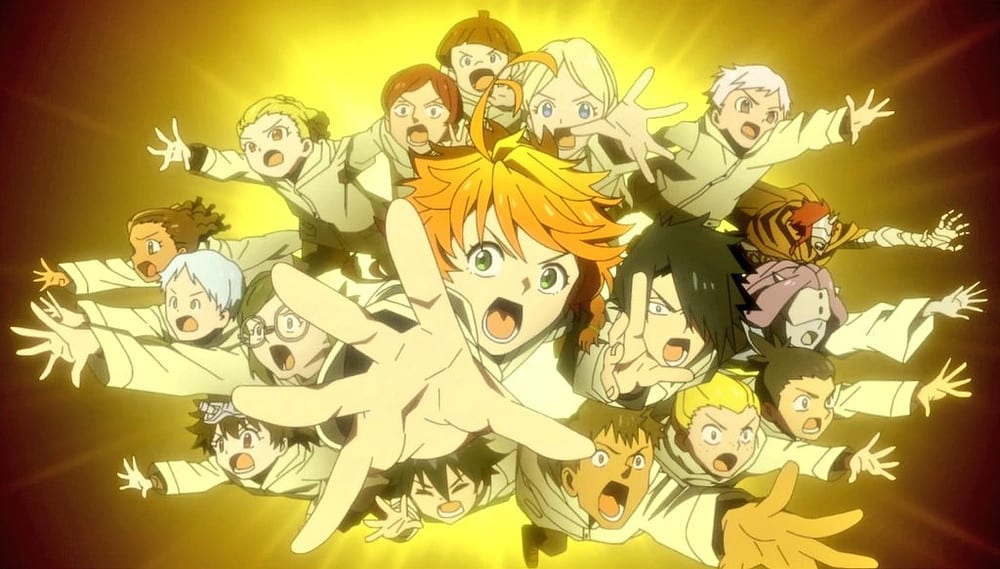 If you’re an anime fan, then you’re probably well aware of how disappointed people are with The Promised Neverland Season 2.

After a phenomenal first season, the show garnered a sizable fanbase. New fans were excited to see what came next in a story that masterfully twisted and turned around a simple premise. Fans of the source material, meanwhile, couldn’t wait to see how the rest of the series would be adapted, especially since the manga had completed its run before the second season was even announced.

It was an ideal scenario for a second season to come into. And yet, after only a few episodes, it became clear that the show might well squander all of this goodwill.

New fans found the story that drew them in with its thoughtful pacing rocketing toward a sudden and messy conclusion. In just a handful of episodes, they saw the children speed through their adolescence and track down the world’s big bad, with barely any mention made of how they did so and how they planned to save the new world they entered.

Fans of the manga, meanwhile, discovered that the vast majority of the source material would be skipped over, with fan-favorite characters erased entirely from the anime’s story. In particular, The Goldie Pond arc , which is regarded as the manga’s best arc, was skipped over entirely.

This meant that key mentor characters like Yugo and Lucas, and the formidable villain Lewis, were completely taken out of the series as a result. As such, the main cast never got some crucial moments of character development that came with them, and felt underdeveloped as a result.

Things didn’t get any better by the end of the season. The final arc it tried to adapt felt just as rushed, with key events and moments from the finale even being shown through a slideshow instead of actual animation.

Needless to say, people weren’t happy with the final product. One can find plenty of opinions about how disheartening the whole situation has been, and the more dedicated fanbase of the series has been left hoping it might one day get another, more story-faithful adaptation ala Fullmetal Alchemist Brotherhood.

There is one upside to The Promised Neverland anime’s exceptional failure, though, and it comes in the form of a reinforced lesson for the industry as a whole: Anime studios shouldn’t rush to get an adaptation out, and should trust that their fanbases will be willing to wait for the best one possible.

It’s a concept that isn’t exactly foreign to anime as an industry. There have been plenty of shows which had massive, years-long breaks between the release of their seasons in spite of the massive popularity they enjoyed. More often than not, this didn’t deter fans in the slightest, with shows maintaining the popularity they had upon their initial release.

Some of the biggest examples include Durarara!! and Mushishi. Each saw their second seasons release well after their initial booms in popularity, but still managed to garner the same appreciation from fans they would have had with an earlier release.

And yet, this strategy is something that still isn’t as widely embraced as it should be, especially among shonen anime like The Promised Neverland. Shows in this genre have frequently seen seasons rushed out in order to capitalize on their popularity, glossing over source material or rushing to get whatever is available out as soon as possible.

More often than not, this only causes the fanbases to get tired of the property. The reasons why can vary. It could be because there’s not enough source material, leading to filler arcs or excessively drawn-out storytelling. Or, it could be due to the massive drop in quality that comes from the studio not taking the time to polish the show to the first season’s standards.

Regardless, the result remains the same: A promising anime adaptation loses all of its momentum, leading to a subpar ending and a tarnished legacy.

This is exactly what happened with The Promised Neverland. Immediately after the end of its first season, the second season was announced to be in development. It was then slated for release during the Fall 2020 anime season, only being delayed into 2021 due to the Coronavirus pandemic.

This gave Cloverworks only a year and a half to adapt the next part of the series, even though the goodwill from the first season could have afforded them one or two more years to properly hone it into something amazing. Likewise, they might have feared they couldn’t retain their sizable fanbase over the course of several seasons, instead opting to rush out the full story to capture as many immediate viewers as possible.

As a result, it became the rushed and incomplete final product that fans now know and loathe, and the series’ popularity has been gutted irreparably.

Needless to say, it’s a pretty clear-cut cautionary tale. And yet, even with The Promised Neverland anime’s failure, there would normally be the chance of studios not learning from it and repeating its mistakes.

Fortunately, this might not be the case. In a stroke of luck, The Promised Neverland’s failure happened during the same season that another anime continued to succeed despite taking years-long breaks between its many seasons. Not only that, but it took its time adapting each and every arc, ensuring nothing was skipped over.

That show is none other than Attack on Titan.

First airing in April of 2013, Attack on Titan became notorious for taking extensive breaks from airing new episodes over its ongoing four-season run. Between its first and second season alone, there was a nearly four-year gap, leaving fans anxiously awaiting new content.

Despite these long breaks, it maintained its foothold as one of the most popular anime adaptations ever. Every arc from its source material has been adapted almost to the letter, and the story has been paced in a way that feels natural and easy to watch. As a result, fans have returned for each new season, and it has remained a juggernaut all the way up to its now final story arc.

This has been good news not only for Attack on Titan, but for anime in general. There is now indisputable and lucrative proof that taking the time needed to put out the best adaptation possible pays off, and that other series could see more success by opting for patience over immediate gains.

In a perfect world, The Promised Neverland anime would have been the adaptation its source material deserved. It would have continued to be revered as one of the best anime on the market, and could have served to draw in even more fans with each new arc from the manga it brought to life.

This isn’t the case though, and instead, fans will have to be happy with a silver lining. The Promised Neverland may have failed, but with any luck, this failure could serve as a warning for other anime studios to learn from.