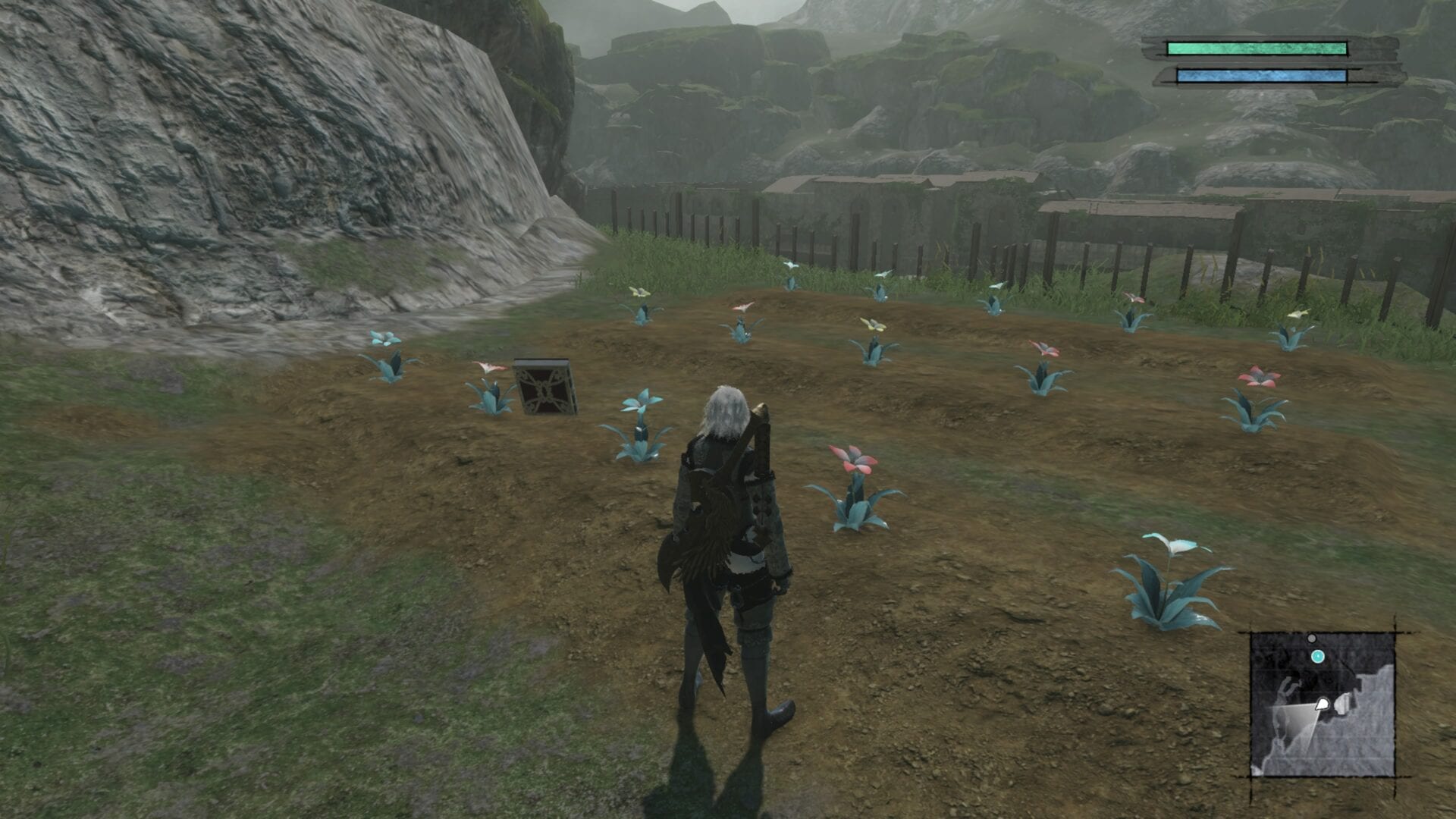 Nier Replicant is a dutiful recreation of the original game, right down to the inclusion of the notorious Moonflower cultivation mechanics. If you’re looking to complete the game, you’ll need to understand them in and out, despite the fact that the game will explain next to nothing about them to you. As such, we can’t blame you for wanting some help wrapping your head around Nier Replicant’s Moonflower cultivation, crossbreeding and Seed creation mechanics.

Fortunately for you, we’ve slaved away at this part of the game and found the answers you’re looking for. Read on to find out what it takes to get every strain of Moonflower, how long it takes to get them, and what you’ll get for your efforts.

In Nier Replicant, you can grow several different types of Moonflowers in the field next to your home.

While you’ll only be able to grow Red, Blue, and Gold Moonflowers at the start of the game – via the seeds you can buy from the Grocery store in Seafront – there are four other types you can eventually grow via crossbreeding, or planting different types of Moonflowers next to each other. These include: Indigo Moonflowers, Peach Moonflowers, Pink Moonflowers, and White Moonflowers.

Every variant varies in the length they take to grow, but the safest bet is to wait 24 hours in real time. Water the seeds one time right after you plant them and they should grow without issue.

All of these Moonflower variants have different uses and levels of importance in the game as well. Red, Blue, and Gold Moonflowers can be used to heal 30 percent of your health. Indigo, Peach, and Pink Moonflowers are needed to complete certain side quests, and the White Moonflower is needed to unlock one of the game’s hidden Trophies and Achievements.

How to Get Moonflower Seeds

With this in mind, you’ll want to maintain a steady flow of every type of Moonflower and get as many Moonflower Seeds as possible.

While this is easy enough to do with the Red, Blue, and Gold variants via the Seafront store, you’ll need to create your own Indigo, Peach, White, and Pink Moonflower Seeds. This can be done by planting a seed for any given variant and then waiting twice the amount of time it takes for it to grow. This will result in the flowers wilting, and when you try to harvest the remains, you’ll be given some seeds for the Moonflower instead.

Like with their growth time, the amount of time it takes for each Moonflower to wilt varies. All the same, the safest bet is to plant the seeds, water them once, and then wait 36-48 hours in real time for them to drop their new seeds, checking in on them periodically.

How to Crossbreed Moonflowers in Nier Replicant

Now, on to the trickiest part of cultivating Moonflowers in Nier Replicant.

By planting certain strains of Moonflowers next to each other in the same field row, you’ll have a chance to create new strains. For example: Planting Gold next to Blue creates Indigo Moonflowers, while planting Indigo next to Red makes Pink Moonflowers.

To be clear though, this is never guaranteed to occur. Corssbreeding Moonflower variants relies on RNG. As a result, it’s a coin toss on whether you’ll get something new or the same type of Moonflower as the seed you planted.

Regardless, we’ve compiled a list of all the different ways to create each Moonflower variant down below for your reference.

The White Moonflower in particular will be the hardest to cultivate, as it has the lowest chance to appear. However, it’s also necessary to make one if you want to complete the game. This is because it counts as a Lunar Tear, which you need to obtain to unlock the Legendary Gardener Trophy and Achievement.

More on that can be found in our dedicated guide on how to get a Lunar Tear.

Hopefully, this helped you make sense of Nier Replicant’s Moonflower Cultivation, Crossbreeding and Seed creation mechanics. For more on the game, check out our guide wiki. You can also check out our related articles down below for everything from news coverage to the latest trailers.