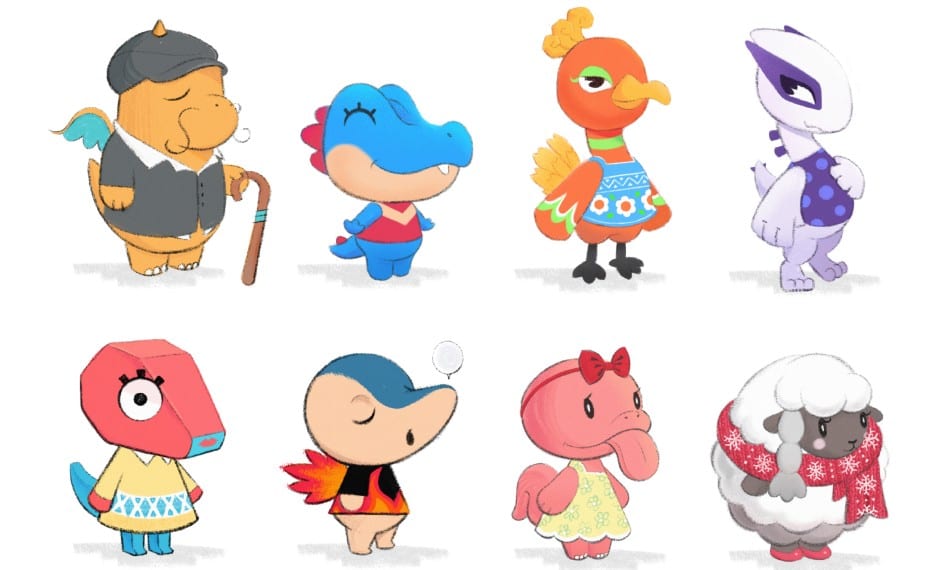 Pokemon and Animal Crossing are two of Nintendo’s most well-established franchises, as each of them have been around and successful for a very long time. And while each of the characters in these respective series are adorable in their own right, it is even cuter to see them combined.

That is exactly what Redditor drdoy123 has been doing over the last year, combining characters from both series to make some amazing Pokemon x Animal Crossing sticker sets. Earlier today, they posted the final set of stickers they’ve been working on for the project, which can be seen right below.

As you can see, there are plenty of imaginative combinations, including an Eevee and Isabelle mash-up that might just be the most delightful thing we’ve ever seen. Based on the title, it is assumed that this is the last set of stickers that they will be working on, at least for now.

If you’d like to see more of drdoy123’s work, they have two other posts that show off different Pokemon and Animal Crossing villager combos here and here. Alongside that, you can also support them by visiting the following website and purchasing a set of stickers of your very own.

If you’re still on the hunt for more cute and interesting Animal Crossing or Pokemon content, be sure to check out all of the other fun articles we have. Those include a Pokemon and Zelda mashup, Rainbow Road recreated in Animal Crossing New Horizons, and much more down below.