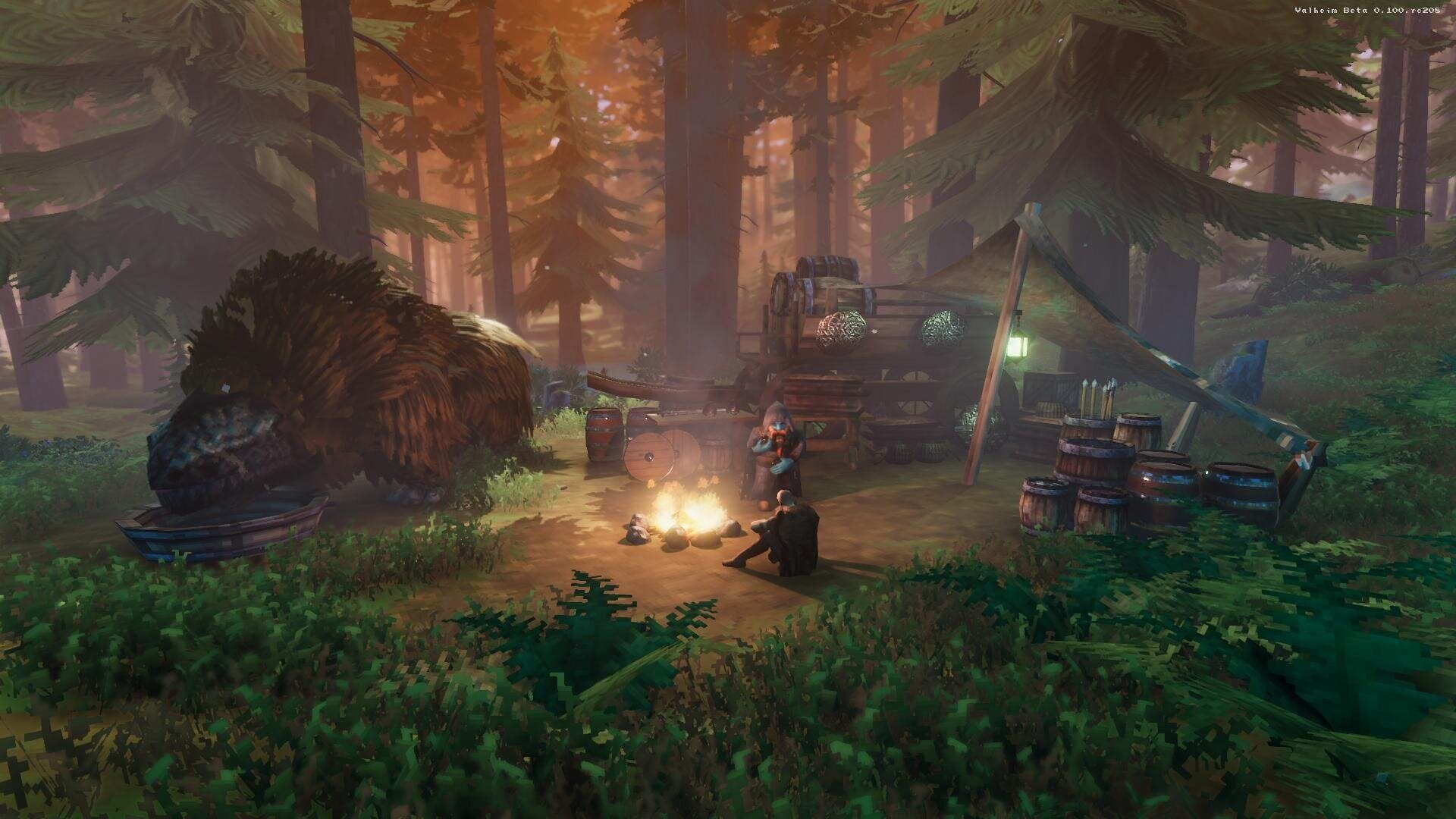 There are all sorts of nasties lying in wait for you across your Valheim seed, and some of them you might anger without ever having noticed they were there. Here’s where to find Stone Golems and how to beat them in Valheim.

Where to Find Stone Golems

Stone Golems are found in the Mountain Biome area of your seed, which means you shouldn’t be encountering them until you’re either on the hunt for Moder, or have defeated her already.

The trick with Golems is that they won’t actually appear as an enemy type until you’ve more or less walked right by one. They appear as a cluster of stones while “sleeping,” and will only aggro when you get near. They’ll also aggro when other creatures pass by their location, too (Wolves, Drakes, etc).

There are two different varieties of Golem: Boulder, and Spike arm-types.

How to Beat Stone Golems in Valheim

Once awake, you’re in for a bit of a nasty surprise when it comes to fighting Golems, as they’re able to sustain a huge amount of damage. Most weaponry is fairly useless against them, in fact, except for one unlikely tool: the Pickaxe.

Just as the Pickaxe is effective for mining stone, so too is it effective at smashing through Stone Golems. Unfortunately, it’s rather difficult to wield since a missed strike will result in your character mining the floor and leaving themselves open to attack.

For that reason, it’s advisable to jump when striking with the Pickaxe.

Another trick is to jump on top the Golem if it’s viable to do so. You can smash downward with the Pickaxe and stay relatively safe from harm.

That said, you should be able to learn the timing of the Golem’s attack pretty easily if you pay attention, and then simply dodge its attacks as they come in.

Both types of Stone Golem have only two kinds of attacks. The Boulder-armed Golems either slam with one or two hands, denoting either a fast or slow attack, with the latter doing more damage.

Meanwhile, the Spike-armed Golems either shoot a spike forward, or they’ll swipe their arm 180 degrees, which is their heavy attack.

Try to position yourself behind the Golem, and hit them where they can’t get a good strike on you.

One other tip that’s worth noting is that the damage reduction bonus from Bone Mass’ altar will heavily reduce the incoming damage from a Golem, so you’ll give yourself a decent advantage if you can remember to activate it before going on the hunt.

That’s everything there is to know about where to find Stone Golems and how to beat them in Valheim. If you’re after more useful tips and information on the game, check out our Valheim guide wiki. You can find specific guides by using the search engine from the main page.