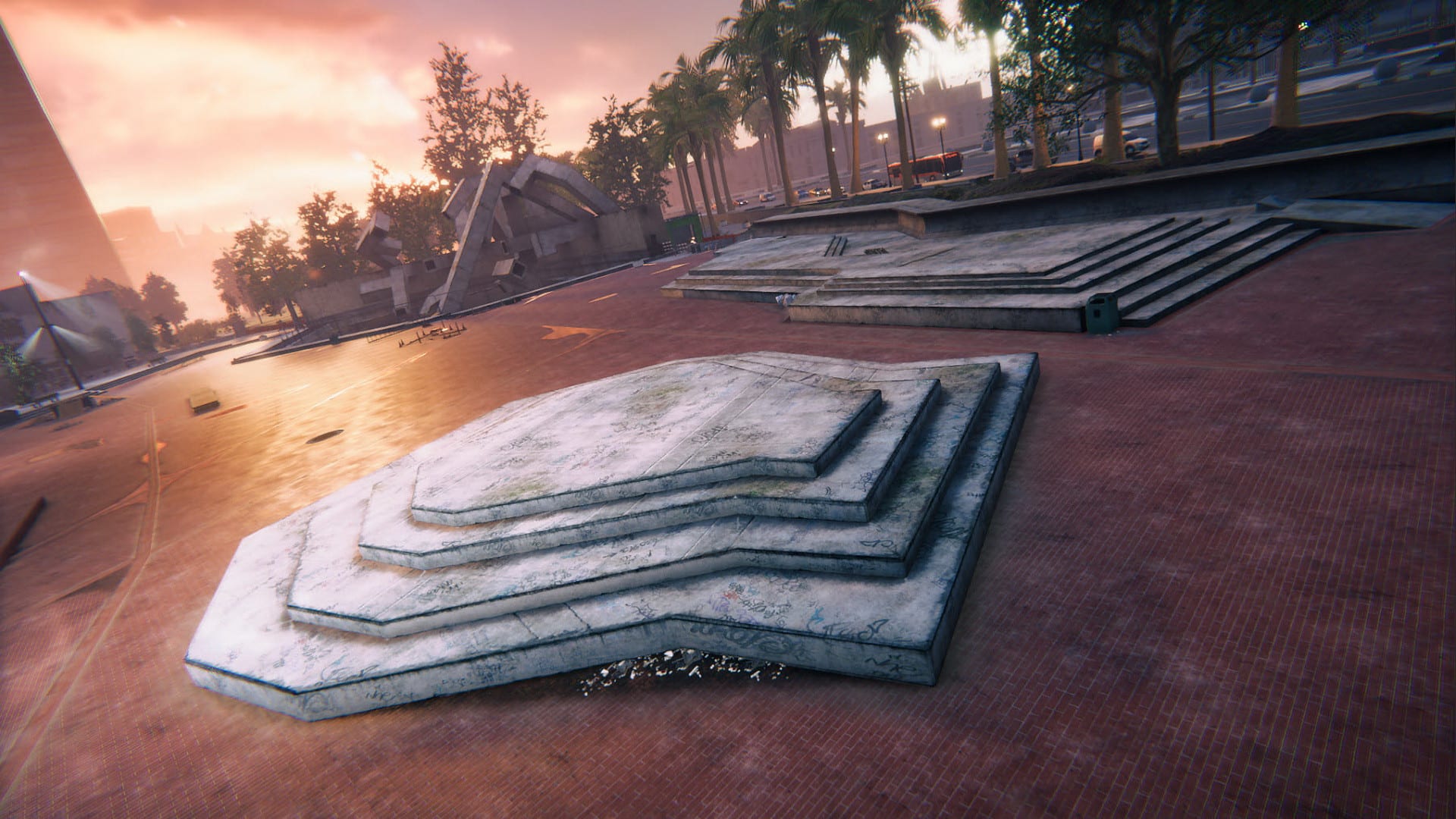 A level based on the Embarcadero Plaza location in San Francisco, California is now available in Skater XL.

For those maybe unaware of its skateboarding affiliation, according to Wikipedia “during the early 1990’s, the plaza was better known as EMB, one of the world’s premier street skateboarding sites.”

The post on the PlayStation Blog has their own tidbit to say about this location:

When it comes to landmarks in skateboard history, you’d be hard pressed to find more hallowed ground than San Francisco’s Embarcadero Plaza during the 1990’s era. Everyday, SF locals and skaters from across the globe would come to EMB to write new pages in the book of skate history daily on the red bricks, stairs, blocks, ledges to the infamous ‘Gonz’ Gap.

The level includes and highlights all the unique features Embarcadero Plaza has to offer such as:

Ollied for the first time and made famous by skateboard legend Mark ‘Gonz’ Gonzales in 1986, the ‘Gonz’ Gap became the proving ground for early ‘90s skateboarding. From 1990 through 1996 there was almost no surer way of gaining legitimacy in skateboarding than to successfully land a trick over ‘The Gonz.’ Find the ‘Gonz’ Gap above the “wave” wall, and put your name into the digital skate history books.

Easily one of the most recognizable features of the Embarcadero Plaza, the Vaillancourt Fountain is appealing both for its aesthetics and its skateability. Grind the surrounding ledges, or skate them as manual pads. We have also added a skateable brick bank and a little surprise coming out of the pond.

That’s not all, but you are welcome to explore the map yourself and live out any new experience (or nostalgia).

The blog has this last bit to share, including how to get your hands on the level:

We are very excited to put this piece of skateboarding history in the hands of PlayStation players and explore your creativity. Whether it’s technical ledge lines or Gonz Gap glory you’re after, Embarcadero Plaza for Skater XL is a blend of nostalgia and newness with endless possibilities. Download the Embarcadero map now in the ‘Maps’ section of the Mod Browser on PS4.

Skater XL is available for PS4, Xbox One, PC, and Switch.

If you want insight into other great levels of Skater XL besides Embarcadero Plaza, check out our picks for best mods.