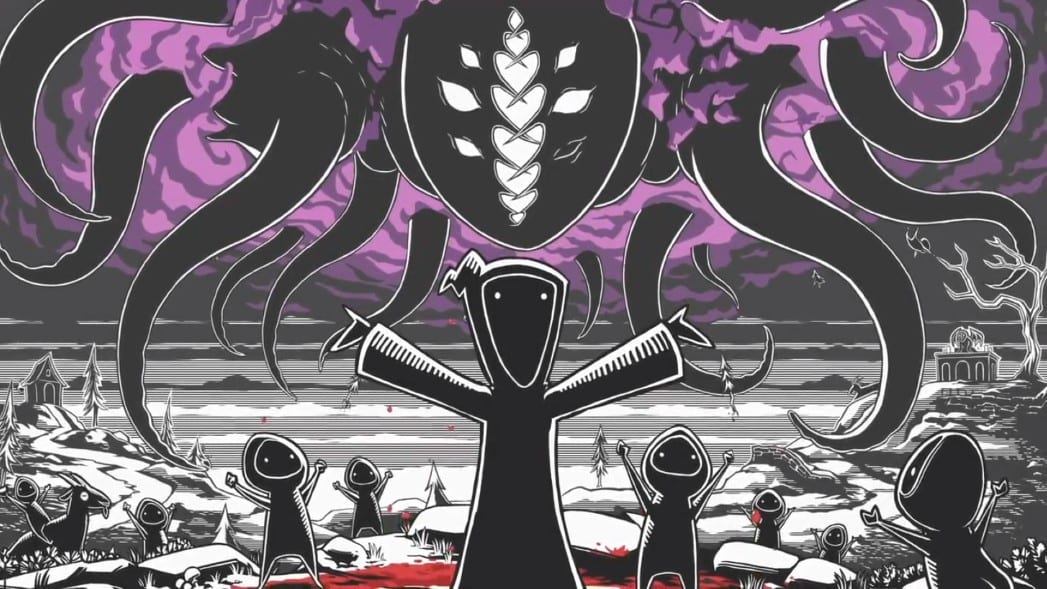 To make those sacrifices, you’ll solve a number of puzzles that involve drawing patterns in blood, while also fending off threats from rival cults via the game’s competitive multiplayer format. Each team has the goal of summoning their god, with the winners getting the glory of being responsible for ending the world.

The cultish cherry on top is that Worship will support 4-player co-op. That means that you and you’re friends will be able to worship your nightmarish gods together in both online and local multiplayer.

Currently, Worship is already well on its way to attaining its required pledge amount, with only about $5,000 left till it passes the $52,000 goal. Considering the game is only on its second day of funding, hopefully that Chasing Rats Games will have more than enough capital to get the game out by its estimated Dec. 2022 release goal for PC and consoles.

A limited physical edition of Worship is also available for pre-order on the site, going for a price point of $49.99. If you’re interested in pledging yourself, or just want to check out the game and the different tier’s the Kickstarter offers, head on over to its crowdfunding page here.