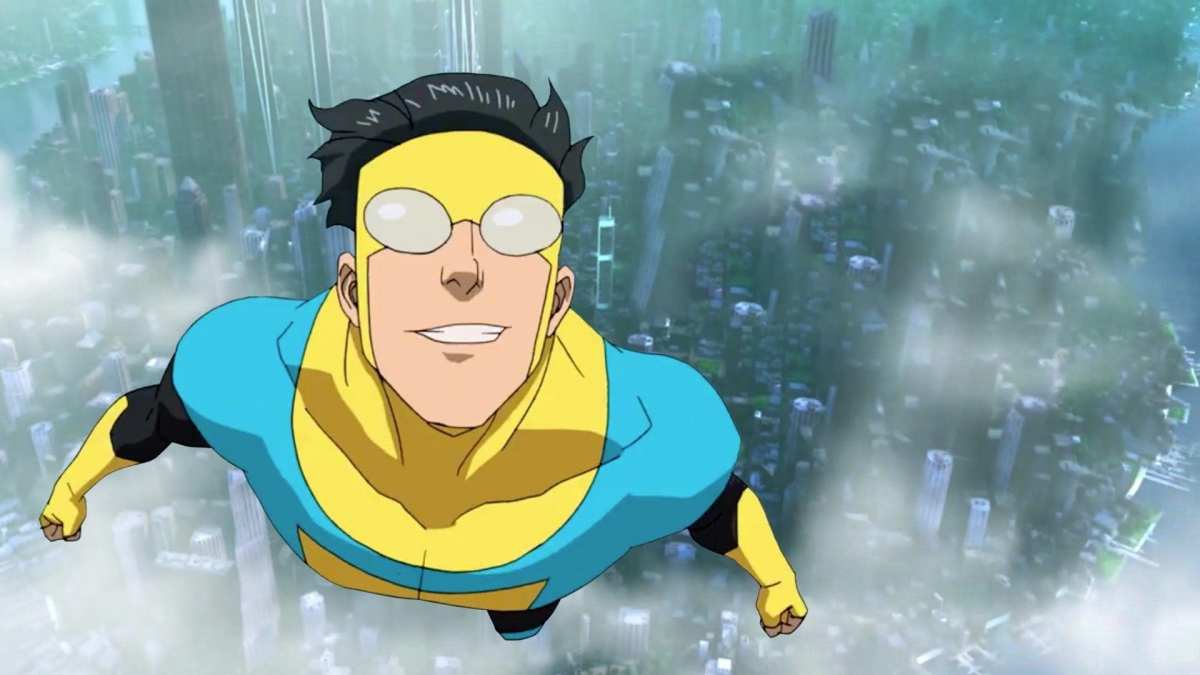 At first glance, Amazon’s newest show, Invincible, seems to be just like any other Saturday morning superhero cartoon. The show follows Mark Grayson, a 17-year old that is finally gaining superpowers just like his father, Omni-Man.

*Warning: Spoilers for Invincible Episode 1-3 Ahead*

Throughout the first episode, Invincible hits on many of the cliches home to the genre, as Mark gets his own super-suit, attempts to blend in during high school, and trains tirelessly to be the best superhero possible.

The show even opens with an entire cast of characters that are based on the Justice League, called the Guardians of the Globe, defending the White House from villain-of-the-week characters. Overall, we are immediately given a tone that mirrors old-school cartoons like Batman The Animated Series, Justice League, and Teen Titans.

Just like these shows, Invincible features conversations that are generally polite, fights that don’t kill everyone in sight, and even innocent hints of romance and flirtation. Mark even seems to embody all of these features, as he is simultaneously kind, brave, and innocent, despite the constant danger he finds himself in.

So does that means Invincible will just be another attempt to create a marketable superhero franchise that’ll rival Marvel and DC? Anyone familiar with the show’s creator, Robert Kirkman, won’t be surprised at all to find out that it is actually the complete opposite.

At the end of the very first episode, Invincible takes a massive left turn, as the heroic, Superman-like Omni-Man lures all of the Guardians of the Globe to their headquarters with a false summons. He then proceeds to brutally murder every single one of them, breaking their necks, crushing their skulls, and ripping them in half.

From this point on, Invincible’s true nature is on full display, as everything evolves to be far more gritty. Dialogue is more profane, romance is more sultry, and fights are far more violent.

The best example of how adult the show becomes after the first episode can be seen in the fight with the Flaxan. These extradimensional aliens invade the city, bringing tanks, guns, and plenty of soldiers with them in an attempt to overthrow it.

Mark and the superhero team known as the Teen Team are tasked with stopping them and saving all of the civilians. In most superhero shows, this is the part where they band together to defeat or push back the aliens, knocking out hundreds of them at once while all of the civilians escape unharmed.

Instead, over 300 people are killed during the fight, as they’re shown being crushed, shot, and vaporized by the invading aliens. Mark is also terrified throughout the entire battle and is only able to try and save one old woman who eventually dies.

While Mark does get over his fears soon after, the fight and its realistic depiction of what might actually happen in that chaotic situation further set the tone for the rest of the series. We are only three episodes in, but you can be sure that this cartoon isn’t going to be just like the ones you watched when you were a kid.

Instead, it’s going to be a dark and somewhat satirical look at the superhero genre. This unique approach is sure to be appealing to fans who want an alternative to the superhero status-quo television shows and movies currently on the market.

With that said, Invincible also needs to make sure they don’t lean too hard on the satire and gore, as it’ll be refreshing at first but will eventually become stale and one-dimensional after a while.

To be successful, the show will need to establish itself and set itself apart with good storytelling, writing, and character development. If it doesn’t manage to do any of that, it’s simply going to end up a one-hit wonder, especially compared to the longevity that DC and Marvel have already built up.