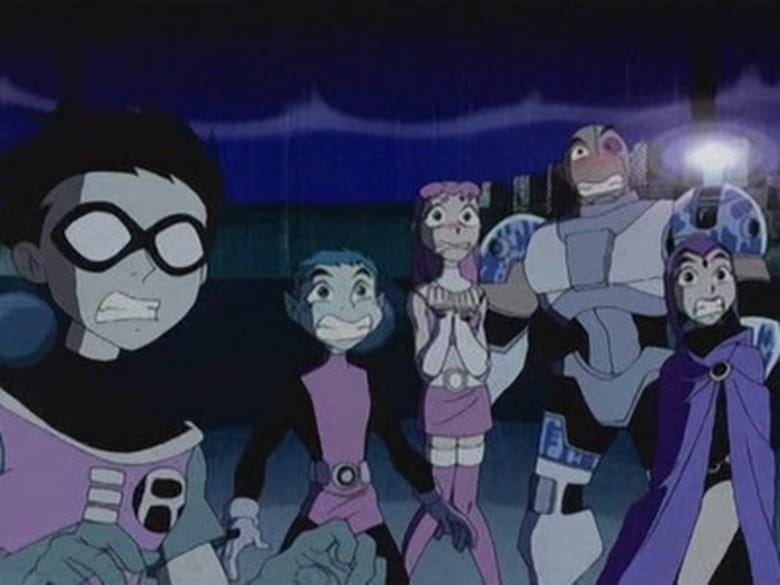 We all had our doubts about the live-action Teen Titans show when it was announced, especially having caught a glimpse of the characters. But as bad as it seemed back then, things have only gotten worse. Oh boy have they ever gotten worse.

IGN recently released a trailer for the live-action Teen Titans show, giving audiences a good look at the characters in action. The comments are almost universally negative, and I’m jumping on the bandwagon too. The tone of the trailer is excessively moody and dark, almost identical to the maligned Suicide Squad movie, and the characterizations of all the Titans save one or two are some of the worst I’ve ever seen. Now, I am by no means a Teen Titans expert, but I have read enough of their comics (and watched the entirety of the DC Animated Universe, including the Teen Titans cartoon) to get a good beat on their intended personalities. And let me tell you that whoever was in the trailer, they are not the Teen Titans.

Let’s start with the robin-colored elephant in the room: Dick Grayson, aka. Robin. Sure, he’s got some issues when it comes to Batman (what member of the Bat-family doesn’t), but I’m positive you noticed a particular problem around the fifty-second mark when he confronts some street-level thugs. Now, normally anyone trained by Batman (a man as staunchly anti-killing/gun as he is skilled in deductive reasoning and every form of martial-arts) would just knock out the thugs. But instead, this Robin drives his R-shaped shuriken into the neck of one thug, snaps the neck of another, and shoots the rest with a gun. Were he Jason Todd —an ex-Robin who was killed by the Joker, resurrected by a magical pool known as a Lazarus Pit (long story), and then started wielding guns as the vigilante Red Hood— I might not have batted an eye. But no, this is Robin. The Robin. The first Robin in the Batman mythos. He should know better than to kill.

I’m sure you all came into this article expecting me to rip into the trailer’s portrayal of Starfire. Gone is the bubbly, energetic, orange-skinned alien, and in her place is…a human woman. We were all expecting Starfire’s skin to be altered post-production to resemble her original, extra-terrestrial Oompa-Loompa self, but nope, she’s just a human woman with red, curly hair. While the trailer doesn’t show off Starfire’s personality or let the viewers know if she’s actually a metahuman or an alien who just happens to look like a human, it does completely misrepresent her powers, which is never a good sign. Instead of shooting energy blasts, this version of Starfire literally personifies her name, and she shoots fire out of her hands. That’s not Starfire; that’s Firestorm. Now historically, Starfire’s energy blasts have changed from comic to comic, show to show. Sometimes they’re red beams of energy, other times they’re green concussive spheres. They’re a far cry from a Hadouken or a Kamehameha, but they’re always made out of energy, not fire. I hope this is the only aspect of Starfire the show gets wrong.

Now, we should probably talk about the most egregiously changed character, the one who could easily serve as the final nail in the coffin for the show: Dove. Dove is supposed to be a novel superhero who fights crime without actually fighting. Just as the dove is the symbol of peace, Dove is a pacifist. Sort of. Instead of punching or kicking criminals, Dove uses aikido and judo to knock them out without any excessive violence. Or violence period. But the Dove in this live-action show is not only more violent than any previous portrayals of the character, she is more violent than all previous portrayals of Hawk, Dove’s partner in (stopping) crime known for his/her tendency to be violent. This Dove smashes in noses and uses her cape to slice open knees. To say this version of Dove is a betrayal of Steve Ditko and Steve Skeates’ original idea would be an understatement.

It seems like the only two characters who haven’t been completely botched are Beast Boy and Raven, but we see so little of Beast Boy I’m not sure how he will be portrayed. As for Raven, I honestly don’t know what to think her. Now, Raven’s always been presented as a goth character but less of a “let me tell you how bleak and pointless life is” goth and more of a “I’m trying to show less emotion than Spock” goth. This version of Raven is a little mopier and scared of her powers, but then again, she gets them from her father Trigon, the DC equivalent of Satan — even though the Judeo-Christian version of Satan also exists in the DC universe. On the bright side, the Raven in the trailer exhibits the empathic superpowers writers tend to forget she possesses, but she doesn’t fly or use telekinesis like other versions. Her only other power is the manifestation of her demonic half, which is not going to win points with any Raven fans since it’s just Raven with black, shadowed eyes and varicose veins, not the red-skinned, four-eyed look she’s supposed to have. Yet despite all the problems, this portrayal actually has the fewest number of issues. It isn’t exactly the Raven we all know, but it’s a far cry from the psychotic portrayals of Robin and Dove.

Judging by the trailer, most of the live-action Teen Titans show’s focus will be on Raven, so I hope the writers have spent time developing her in the show. But, even if that’s the case, given Robin and Dove’s penchant for excessive and uncharacteristic violence, Raven probably won’t redeem the show. I’m not one to judge a book by its cover, but I grew up with the Teen Titans and Justice League cartoons. Those shows got dark sometimes, but they were all sunshine, rainbows, and lollipops compared to this. I had low expectations for the live-action Teen Titans show, but the trailer drove them so far into the ground they are currently burning in the Earth’s core. I’d honestly rather watch every episode of My Little Pony: Friendship is Magic than any episode of the live-action Teen Titans.