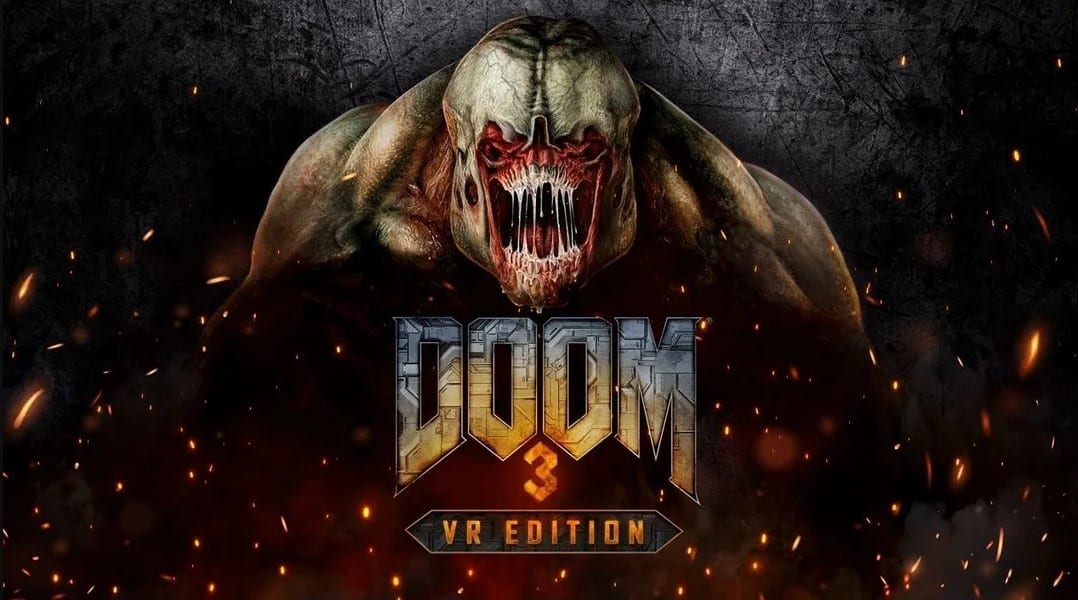 Seemingly out of nowhere this morning, a new article dropped on the PlayStation Blog revealing a brand-new(ish) game for PSVR. The VR version of the 2004 horror first-person shooter, Doom 3, will be playable in its entirety on March 29.

That means this package will also include the Resurrection of Evil and The Lost Missions expansions in full VR.

Associate Content Manager at Bethesda Softworks, Parker Wilhelm, went into more detail on what will be included in this VR version of Doom 3.

Uncover the secrets of the UAC’s unholy experiments, encounter uncanny monstrosities in claustrophobic environments, and wield an arsenal of iconic (and even otherworldly) weaponry with new textures, shaders and sound effects as you survive against the forces of Hell across over 15 hours of heart-stopping action.

So far, it seems like the only visual upgrades will be to the weapon textures. And that makes sense since your guns will be the closest objects to your eyes throughout the game.

Wilhelm also went into detail on how VR will change Doom 3.

Feel even closer to the terror with all-new VR enhancements that allow you to peer around corners, angling your shots with flashlight-mounted weapons using motion controls, 180-degree quick-turn functionality to catch demons sneaking up from behind and an immersive wrist-mounted display to track your health, armor and ammo.

He also briefly mentions that you can use the aim controller to play Doom 3 VR, but there’s no indication if that’s the only option you have.

It’s also worth noting that this announcement came right after the recent announcement that Sony is working on the next generation of PlayStation VR.

Doom 3 VR launches for PlayStation VR on March 29, but you can get a glimpse of gameplay in the official PlayStation trailer below.