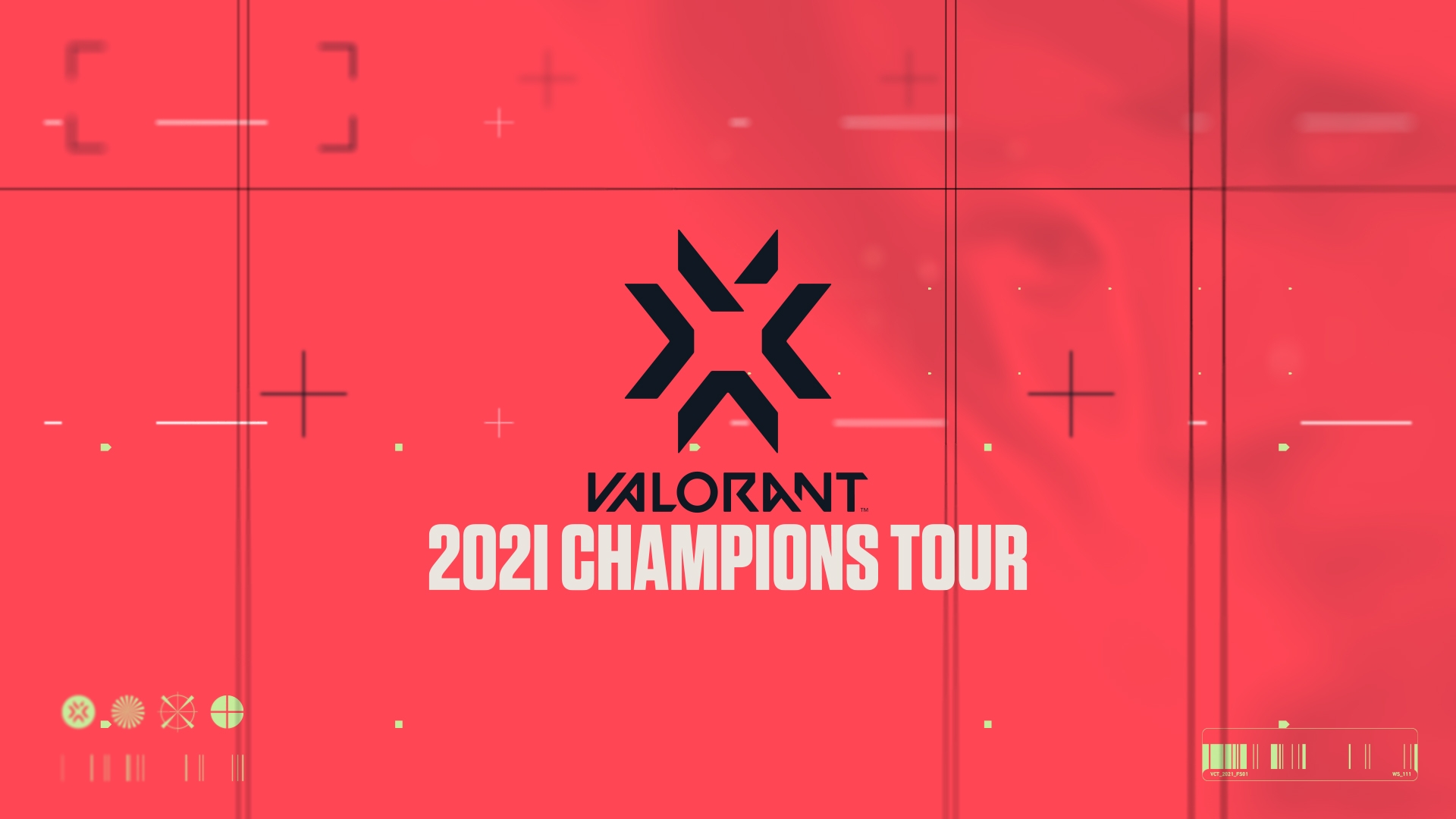 Called Masters Stage 1, it pitted the eight best teams from eight different regions against each other in a battle not only for the largest prize pools yet seen in Valorant esports but also precious “circuit points” necessary to qualify for the end-of-year Champions event.

Although it’s true that we’ve seen the premier teams from each of these regions doing battle online in Challengers since early January, this time the stakes were much higher.

Masters was the prize everyone had been fighting for an opportunity to take part in, and it was a chance for us as spectators to see how the apex of the scene is shaping up when the heat is really on.

In brief, it was a massive success and a hugely positive sign for Valorant esports moving forward. But there are so many interesting talking points that I wanted to parse them into five key takeaways to consider as the scene takes a brief pause before saddling up for its next phase.

Viewership Is Growing, But Influencers are Key

For as grand and ambitious as VCT is, there’s no getting away from the fact that Valorant esports is a fledgling scene, and one that faces an uphill battle trying to muscle its way into a space dominated by major titles like CS: GO, Overwatch, PUBG, and a long list of other popular competitive FPS titles.

It should, then, be a cause for celebration that Masters North America hit a peak viewership number of over 360,000, according to Escharts. It’s a figure that presumably spans both Twitch and YouTube, but more importantly in the case of NA, included influencer “watch party” streams from the likes of Shroud, Myth, and Ninja.

The value of these influencer streams cannot be overstated; at one point, Shroud had over 150,000 people watching his stream alone — numbers that dwarfed the peaks of Valorant’s official channels.

EU and other regions, meanwhile, aren’t allowed to benefit from the same practice, which is forbidden due to legality issues. I’m sure it isn’t the only reason that EU Masters viewership was roughly half that of NA, but it’s surely not helping.

I’m blown away by the fact that all VAL NA qualifiers allow watch party co-streams but every EU qualifier has a 100% ban on them. Do you not understand how big it is for the game’s popularity if we allow this? We aren’t stealing viewers, we are adding viewers… @ValorantEsports

The situation has been a talking point since Challengers, and I really hope there’s some sort of solution because it would help give other regions a boost they sorely need.

The fairly impressive EU and Turkey region viewership numbers aside, the likes of Korea, Japan, and Brazil were much lower than I’m sure Riot was hoping for. Perhaps the one big positive is that, across the board, they were seemingly all up from the numbers seen during Challengers. Let’s hope the trend continues.

The EU Valorant scene has been forced to endure something of a rough beginning. From bad seeding and dicey tournament structures to a lack of competitions in general and substantially lesser prize pools, the region just hasn’t been given the same opportunity to grow as has NA.

Yet, despite all that, EU Valorant is absolutely thriving, and after Masters I think it’s safe to say it’s easily on a par with NA in terms of talent. In fact, it might even be more competitive, with unusual team compositions and strikingly different tactics suggesting a greater nuance in the degree of strategies utilized by EU teams at the very top level.

I’ve recently written about this particular topic in more detail after Challengers 3 saw major esports orgs like G2, Fnatic, and Team Liquid knocked out by up-and-coming teams, but Masters has once again highlighted just how deep the talent pool in EU is and how criminally underrated it has been up until recently.

In particular, the EU final between Team Heretics and Acend Club, which was a David versus Goliath tale for the ages. Heretics, a team unbeaten in major competitions, were bested by Acend, formerly Raze Your Edge, a team that wasn’t considered anywhere near one of the region’s best when it was formed only two months ago.

Acend is so new it isn’t even listed in Liquipedia’s Valorant Ranking, and yet they just beat the very cream of the European crop in a thrilling 3-2 series. Along the path to that victory, they also beat Ninjas in Pyjamas and FunPlusPhoenix, the region’s two other best teams. Their rise to prominence is astonishing.

There is so much more to come from the region, I’m certain, and Riot needs to stop roadblocking the scene if it wants Valorant to truly establish itself as one of the biggest esports in the world.

By comparison to Europe, NA Masters Stage 1 was actually somewhat disappointing in terms of closely contested series. There really weren’t any to speak of, with both Sentinels and Faze more or less crushing the competition until facing off against each other — at which point Faze was totally dominated, both in the upper finals and grand finals.

Don’t get me wrong, there was great Valorant being played throughout, with plenty of close rounds punctuated by memorable plays. But there was a distanct lack of the competitive, back-and-forth series that were a takeaway during the Challengers leading up to the competition.

That’s just the way it goes sometimes, of course; not every series is going to prove a nail-biter. It’s just a shame that just when, for example, Team Envy seemed as though they were on the cusp of rising to the very top of the pile, they failed to put a decent fight versus Faze.

100 Thieves, too, seemed destined for a comeback after a great showing in Challengers 3 but couldn’t win a single map against Sentinels or Gen.G when it came to Masters.

Part of the “problem” with NA Masters’ lack of competitive series was that its very best team, Sentinels, were absolutely unstoppable. It’s hard to recall a single moment when they looked even slightly uncomfortable as they crushed all before them in perfect 2-0 fashion before a dominant 3-0 grand final win over Faze.

Sentinels have, of course, long been in the conversation as the region’s best team, but it was in Masters they proved they were beyond any shadow of a doubt. And yet, this was all despite the loss of one of their best players in Jay “sinatraa” Won after he was suspended by both Riot and Sentinels following allegations of sexual assault by his ex-girlfriend.

In stepped Tyson “Tenz” Ngo, the former Cloud9 professional-turned-content creator who was only too happy to come to the rescue, and boy did he perform.

Any questions of Tenz having lost sharpness from months away from professional play were quickly put to bed as he turned in one MVP performance after another. The man is a machine.

The only question now is where he goes from here, and if his future lies with Sentinels moving forward. It’s a fascinating situation, and one that feels as though it has the entire NA Valorant scene gripped.

Whether Tenz ends up staying with Sentinels or not, though, one thing is certain: Valorant needs its poster boy back in competitive play.

As incredible as it is that Riot and tournament organizer Nerd Street Gamers have been able to pivot to an online tournament structure in the face of COVID-19, international LAN competitions just can’t come soon enough.

Not only is it likely to deliver the most competitive games we’ve yet seen, in which clashes in playstyles and tactics result in thrilling contests, but also because Valorant desperately needs the excitement and spectacle of LAN competition to legitimize itself as a major esport.

The good news is that Riot already has Masters 2 booked as a LAN event taking place in Reykjavík, Iceland. It’s a reduced scale from the original vision outlined when VCT was first announced last year, with just 10 teams instead of 16 and no spectators, but it’s an important first step.

Funnily enough, COVID-19’s impact on VCT in 2021 has almost unintentionally created a ladder of ever-ascending stakes that might actually help Valorant esports scale-up sensibly; Masters 1 was online, Masters 2 will be a small LAN event ahead of what we assume is a full-scale LAN event in Masters 3 before finally leading up to the end-of-year Champions.

Here’s hoping that with every new competition the intrigue in Valorant esports continues to scale as the game’s playerbase steadily grows.

Valorant Challengers Stage 2, the first of three qualifiers ahead of Masters Stage 2 in May, will begin in roughly two weeks across all regions.