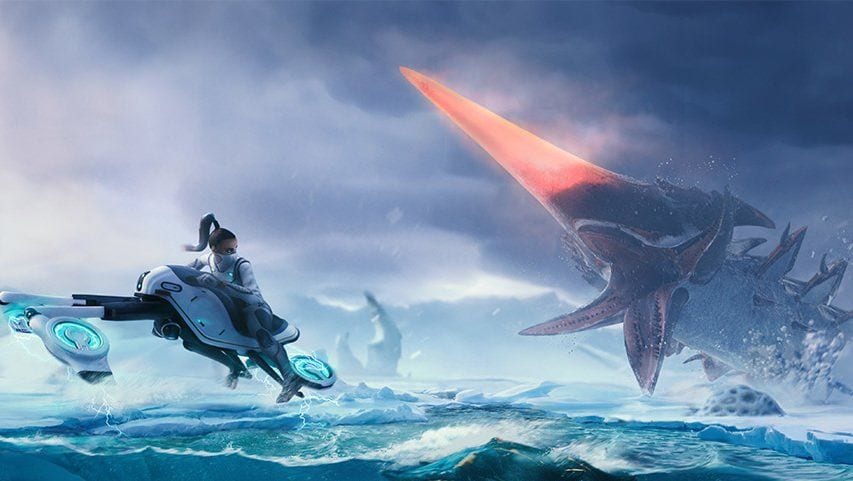 Subnautica: Below Zero is the sequel to 2018’s successful exploration-survival game, Subnautica. You play as Robin, a xenobiologist in search of information regarding her dead sister and the mysterious circumstances under which her death occurred, Sam.

While the sequel is set in the same oceanic world as its predecessor, Planet 4546B, the biomes present are completely different. Players will find familiar creatures and gameplay elements as well as unfamiliar ones, making for a comfortable yet new experience.

Independent game developer Unknown Worlds worked to make this sequel more story-forward, with vocal narration and interaction. Robin’s character feels more relatable and tangible in Below Zero than Ryley’s did in the original game, as she speaks throughout gameplay and shows emotive responses.

Players will be able to select what kind of game mode they wish to experience, so options like Freedom mode are there if you’d prefer to focus more on plot and less on survival or a mode where you can just build and relax.

Upon starting the game, Robin soon encounters an ancient alien presence known as Al-An, “downloading” him into her counsciousness and communicating with him.

This alone creates a more lively experience as the first game was marked for how lonely it could feel. The mix of a speaking protagonist and interaction between characters brings the story to life and helps pull players into Robin’s experiences while exploring.

The length of the story itself is entirely up to players. While it can be “finished” within a couple of hours, you likely wouldn’t as you’d be too busy exploring and building up your base.

This freedom grants players the true open-world experience as they get to decide how to allot their time. It feels short at first, but once you play you realize that the option to spend so much time exploring only adds to the immersion rather than taking from it.

The new arctic environment puts a great focus on temperature, something that players need to worry about in Below Zero. There are different risks to being underwater and above-ground, with storms and changes in weather being the greatest threat on land.

You can swim to escape the cold or hang out around heat-producing foliage, but the temperature will be something new to take into account. Thankfully, there are tools and consumables to bring along that will help mitigate cold damage.

As for the water, oxygen is always something to worry about and there are new Leviathan creatures such as the Squidshark to look out for (and avoid). You can also ride Glow Whales– it’s not a big feature, but a fun one for sure.

Other new additions that affect gameplay include vehicles such as ones allowing for deeper exploration or the Snowfox bike and tools like the community-contributed Spy pengwing.

There are new biomes to explore underwater, such as the Thermal Spires and Deep Twisty Bridges areas. Some of the newly added creatures have interesting mechanics, like the notoriously cheeky Seamonkey– watch out or they’ll steal your gear.

Some of the new biome areas have been taken from concept art for the original game. For example, the floating lily pads were used in art that the team did not have time to implement into Subnautica’s first finished game.

While there are entirely new tools, the team behind Subnautica: Below Zero has also worked to improve older tools. For instance, the Air Bladder tool that allows players to float to the surface of the water more quickly has been improved for the sequel.

A big change in Subnautica: Below Zero is the freedom players have when building their bases.

There are new features such as the control room, the ability to divide rooms into smaller areas, and new props like the jukebox that can play music (an interesting thing to note here is that discs are scattered throughout the world to unlock new tracks, many of which are fan-based songs taken from the community).

Accessibility has also been improved in Below Zero, with highlightable objects, UI scaling, and the ability to pause by pulling up your PDA. This is a great feature– no need to worry about oxygen or Leviathan creatures while looking through your things when you’re in the middle of the sea.

As a sequel, Below Zero seems like it is delivering and will deliver (even more) immersive story, enticing exploration, and new features that improve gameplay experiences.

It feels like a familiar but refreshing Subnautica title, with a known world but an unknown environment. With upgraded tools, creature variety, story, and even added voice acting, it’s worth a playthrough for any fans of the original game.

While there is no accurate predicition of how long Subnautica: Below Zero will remain in Early Access, updates will continue to be released until the full version comes out.

New biomes and new stories are planned, as well as continuous bug fixes. There is no concrete plan on DLC or expansions in the future, but the team plans on continuing work on the game long after release.

This could be the final Subnautica title for a while once fully released as Unknown Worlds is quietly working on another game (no information there yet) but have said that they will more than likely return to Subnautica at some point.

This is looking way ahead, though, as Below Zero is still in Early Access. You can still jump in now of course on Steam for $29.99, which will be the price of the game at release.