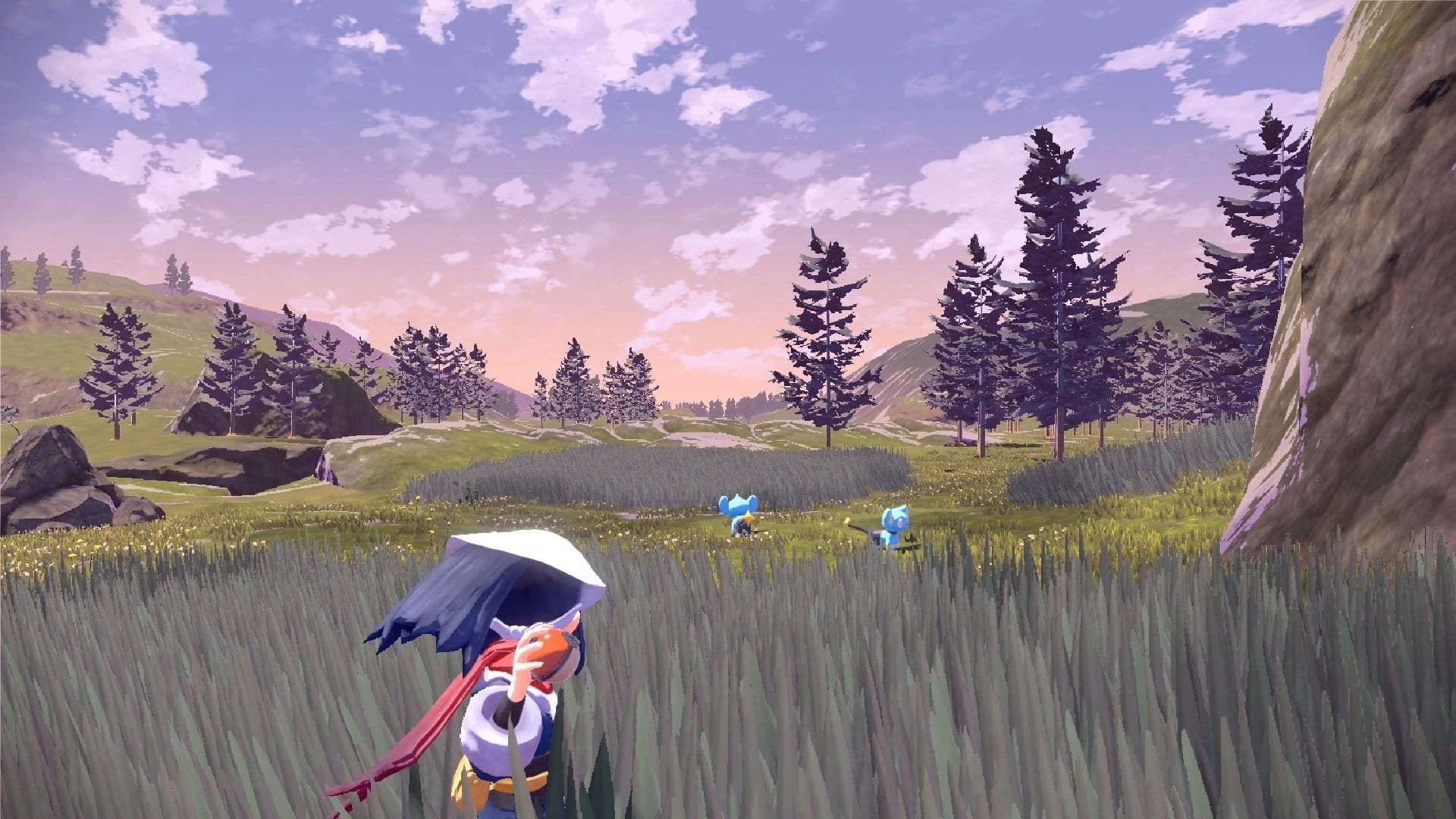 Since the early days of the franchise, fans wondered what it would be like to play an open-world Pokemon game in which you could explore the land and sneak up on Pokemon to catch them in a realistic fashion. After today’s Pokemon Presents, it seems we’re finally closer to this becoming a reality with Pokemon Legends: Arceus.

The game’s very first trailer showcased what appears to be a mashup of the familiar, core gameplay of Pokemon while adding new action and RPG elements within a large sandbox design.

This time, however, it doesn’t look like it will be the typical Pokemon story about a child who sets off on their very own journey to battle gyms and become the region’s champion.

Instead, players will be tasked with catching, surveying, and researching wild Pokemon in the ancient Sinnoh region to create the region’s first-ever Pokedex.

To do this, players will spend time learning about a Pokemon’s behavior patterns through observations in order to sneak up on them and catch them with a Pokeball. This is all done through free overworld movement as you’d find in other games like Breath of the Wild.

It looks like the next evolution of the wild areas we saw in Pokemon’s last outing, Sword and Shield. Where before they were sectioned off as different regions, here we’ll seemingly be able to traverse them freely, and it honestly looks spectacular.

It’s an iteration in game design that suggests Game Freak is conscious of taking the franchise in a direction many fans have been hoping they would for a long time. We’re getting a more realistic, less linear Pokemon experience that promises to stand apart from anything we’ve seen before.

Indeed, even the short glimpse that we saw today appears so much more immersive than any Pokemon game before. We can see a variety of Pokemon in different areas, and the emphasis here is on exploration and collecting rather than battling other trainers for gym badges.

Though there appear to have been some tweaks to the typical Pokemon-catching formula, battling isn’t completely gone in Pokemon Legends: Arceus. In fact, it actually looks more seamless this time around. Instead of bringing up a battle screen, all of the fighting takes place right in the open environments of the region, which makes it look so natural and realistic without unnecessary interruptions.

Ever since Breath of the Wild released, fans have dreamed about what a Pokemon game in that type of world could be like. This is unquestionably the closest thing yet to that dream.

In fact, some fans have already drawn similarities between Pokemon Legends: Arceus and the Legend of Zelda: Breath of the Wild. For example, the player character even looks over the edge of a cliff at a mountain range, the same way Link does in the Breath of the Wild intro.

We also see the character sneaking through the tall grass the same way Link does to stealthily approach an enemy, most likely to prevent them from becoming scared and running off.

Finally, it looks like we’ll be getting a rich and meaningful story. Since we’re in the region of Sinnoh in ancient times, there is a lot that is undiscovered in the Pokemon world. Just how primitive is it, though?

It is our job to actually create the Pokedex this time around. We’re not just filling it in as an amateur trainer; we’re the ones who are actually discovering these Pokemon and catching them for the first time ever.

There is a story centering around Arceus, the title legendary Pokemon who is said to have created all things in Sinnoh and possible the entire universe. This is truly an origin story we are talking about here. We’re not sure how deep it goes, but it seems promising compared to stories in the mainline games.

For the very first time in a Pokemon game, Game Freak has a mix of starters from multiple regions to choose from. Trainers pick from Rowlet, Cyndaquil, and Oshawott as their starter Pokemon; these three were brought to Sinnoh from your professor who caught them while journeying in other regions.

These seem to be picks from three of the most popular Pokemon generations. It’ll be interesting to see what is significant about the starters in this game since it appears you do not need to actually battle with wild Pokemon to catch them. What will their role play?

For fans who want something a little bit different than what the main series Pokemon games have offered in the past few generations, Pokemon Legends: Arceus looks like a game to keep an eye on.

Game Freak is taking a risk by trying something new based on fan feedback, but it could be an important a step in the right direction if they hope to merge this type of gameplay with the next generation of games.