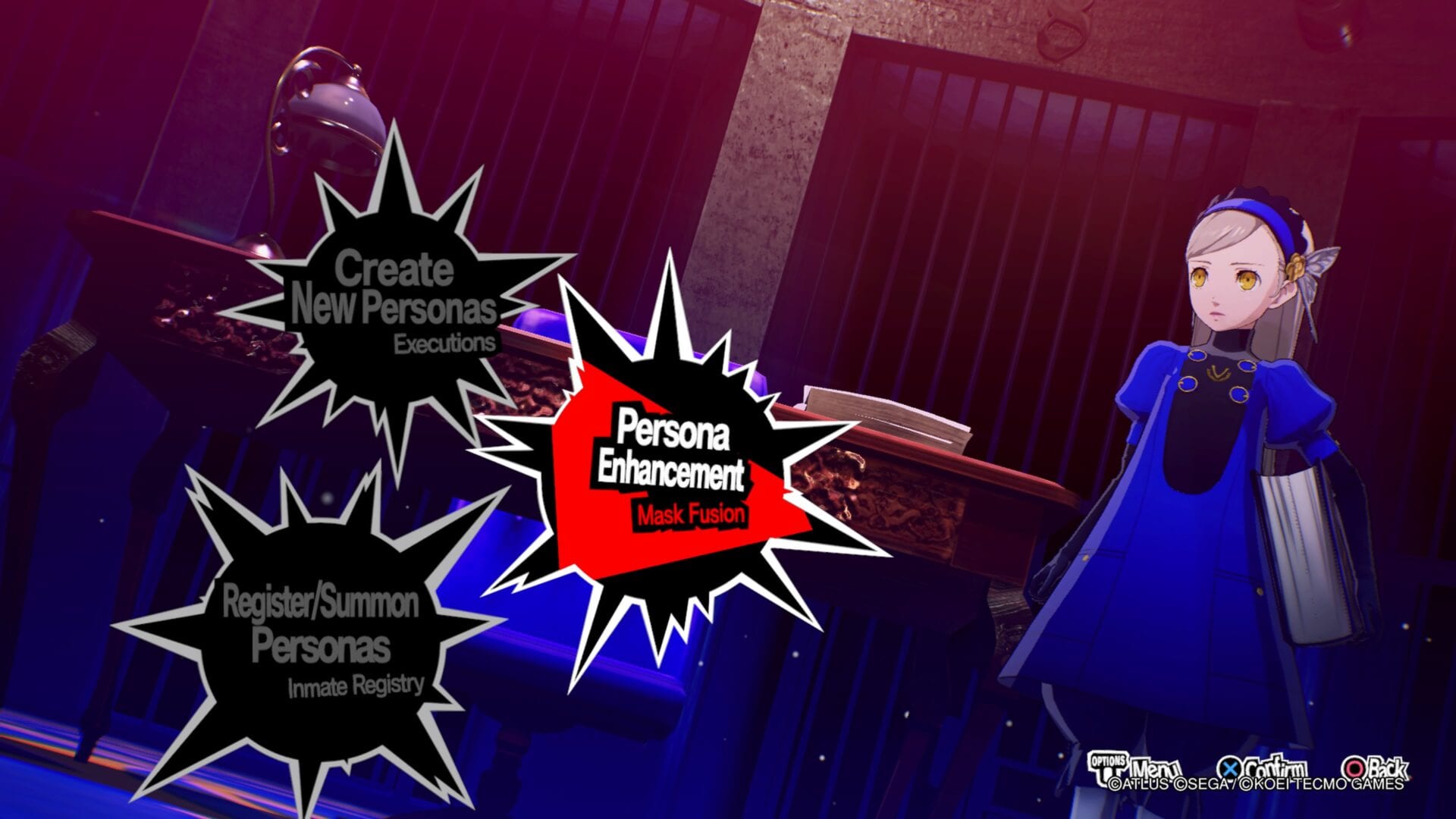 Persona 5 Strikers may be a Musou title, but it still brings plenty of RPG elements to the table. Case in point: The Enhancement system, a new feature that allows you to power up a specific Persona using a new form of experience introduced to the game. Of course, this won’t be worth much if you don’t know how to use it, which is why we’ve constructed this guide on what the Enhancement system is and how to use it in Persona 5 Strikers.

To put it as plainly as possible, Persona 5 Strikers’ Enhancement system is a way of leveling up your Personas of choice without grinding through battles for experience.

This is done using Persona Points, which are earned by obtaining duplicates of a Persona’s mask during battle. The higher the level of the Persona you wish to level up, the more points you’ll need, with rarer Personas costing an especially high amount of Points to upgrade.

It’s fairly easy to use too. After Lavenza notifies you that it has been unlocked by progressing the story far enough, you can access it at any time by going to the Velvet Room, scrolling down to and selecting the Persona Enhancement option, and then selecting the Persona you wish to power up.

How to Increase a Persona’s Stats Through Enhancement

Raising your Personas’ base levels isn’t the only thing you can do with Persona 5 Strikers’ Enhancement system though.

After progressing far enough into the story, you’ll also be able to raise specific stats through the mechanic. While several times pricier than raising a Persona’s base level, this can ensure they’re maxed out in a specific area as soon as possible. Not only that, but the raised stat will carry over during fusions, making the Personas you create all the more powerful.

It’s just as easy to do as normal Enhancement too: Simply go to the Enhancement menu, and then instead of selecting the Level Up option for a Persona, scroll further down and select the attribute you wish to increase. ST Up will increase strength, AG Up will increase agility, and so on.

When You Should Use Enhancement in Persona 5 Strikers

As for when the best times are to enhance your Personas in Persona 5 Strikers, it’s typically best to save your Persona Points and enhance the game’s late-stage Personas.

While it’s entirely possible to beat the game using whichever Personas you wish, the late-stage creatures come packed with far better skills and stats than their early-game counterparts. As such, even if you enhance a starter Persona like Arsene to the max, it won’t match up to late-game Personas that are already powerful before enhancing them.

To that end, save your Persona Points to enhance the late game Personas. Doing so will ensure you have the strongest team possible and that your Point investments aren’t going to waste further down the line.

Hopefully this gave you a better idea of what the enhancement system is and how to use it in Persona 5 Strikers. For more on the game, check out our guide wiki.