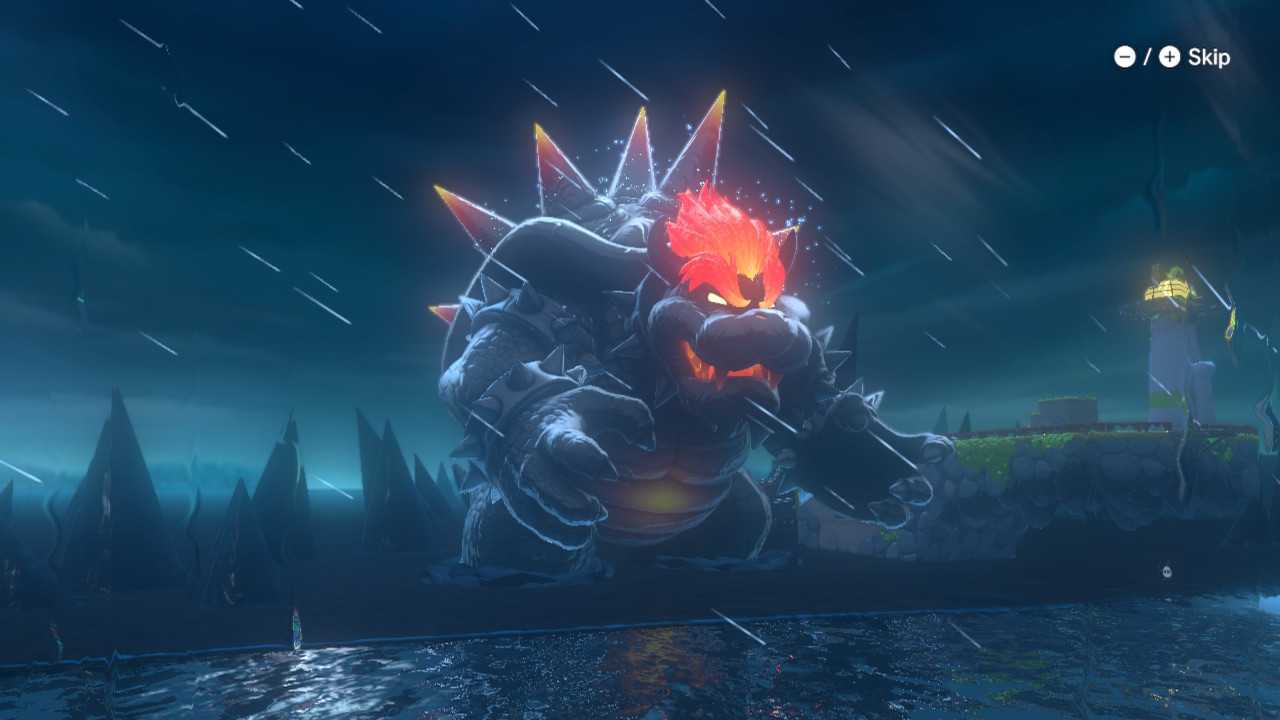 Mount Magmeow is the last island in Bowser’s Fury and is titled as such because you have to climb a mountain while obtaining Cat Shines. We recommend using the Tanooki Suit or Cat Suit power-up, as the platforming on this island is tricky. In this guide, we’ll show you how to get all the Cat Shines in Mount Magmeow in Bowser’s Fury.

Back Off, Cat Prince Bully!

This will be the first Cat Shine that you get on Mount Magmeow, and it’s straightforward. Make your way up the mountain, using the switchboards to move along. Once you get to the cliff alongside the mountain, you can use the Cat Suit to jump over the flaming obstacles quickly.

Once you get past those, jump onto the next switchboard and watch out for the spinning flames around the corner.

Get to the end of that track and jump onto the next switchboard and ride it until you reach the bright room with clear pipes in it. Jump into the room to initiate the boss fight.

The Cat Prince Bully is an easy fight. Swipe him with your cat claw/fireballs/boomerang until he gets suctioned to a transparent pipe. You’ll know when this happens because he gets a worried look on his face.

When this happens, hit him once again, and he will get pushed into the pipe and come back out looking smooshed. Hit him a third time to do damage and repeat this cycle two more times until he is defeated.

As the name suggests, you have to get to the top of the mountain for this Cat Shine. Take the same way up the mountain as you did for the previous Shine.

You’ll notice that there are red and blue blocks everywhere now. These are for the switchboards and will change their path depending on the color you hit. Just make sure you hit the right color and make your way up the mountain.

You’ll eventually come to the underside of a cliff where a clear pipe is sticking out. Jump in, and it will shoot you to the top of the mountain where the Cat Shine is.

Just hit the purple switch in front of the Mount Magmeow cat gate, and many switchboards will appear. Ride them while dodging the enemies and obstacles, and you’ll get an easy Cat Shine.

In front of the Mount Magmeow cat gate are some Fury Blocks in the side of the mountain. Wait for Bowser to enter his fury mode and use his flamethrower attack. This will destroy the blocks, and you’ll be able to get the Cat Shine inside.

As soon as the sky gets dark and rainy, head to this spot and wait for Bowser to come out, and you’ll be able to grab the cat shine.

2. Continue going up the mountain, and once you get to the section where small paths are carved into the side of the mountain, you’ll see another shard. It’s between two walls, so slide down the wall, grab the shard, and wall-jump back up to safety.

3. The third shard is tucked away quite sneakily at the foot of the mountain. When you jump onto the first few platforms, right where the questions blocks with flames attached to them, there is a switchboard down below.

Just jump down and ride it around until you go under the hill. The Cat Shine Shard is right there.

4. Halfway up the mountain, right before you jump onto the third switchboard, some POW blocks are surrounded by some regular blocks on the side of the mountain. Hit the POW blocks to reveal the shard.

5. Right before you jump onto the third switchboard, continue riding the second switchboard even though it looks like you’re going to run into a wall.

Press the left trigger, and Mario will duck, allowing you to pass under this wall. Wall jump over the little cliff and grab the last shard.

That’s everything you need to know on how to get all Mount Megmeow Cat Shines in Bowser’s Fury. Head over to our wiki for more tips and tricks, or check out our coverage on the game below.