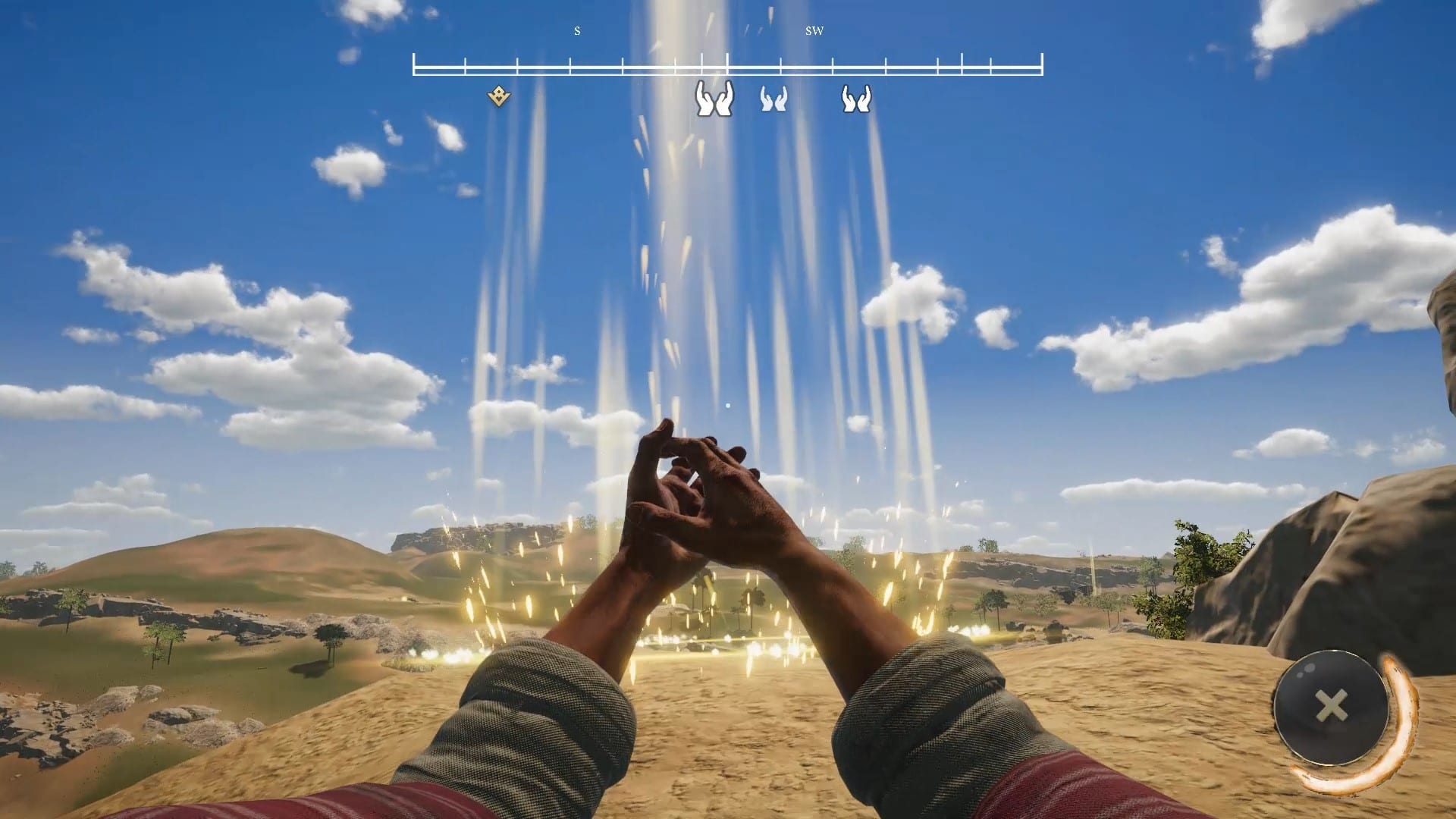 SimulaM’s upcoming game “I Am Jesus Christ” is continuing to progress toward its Kikstarter campaign. Today, the developer revealed a new video.

The video showcases several aspects of the game, including tutorials that will let you learn to use your divine powers.

We also get to see the map, including markers that will let you see your objectives and red circles indicating “corrupted areas” that you’ll need to clean up by performing miracles.

Incidentally, the developer mentions that a version of the map with a sort of “fog of war” is being considered.

Last, but not least, the video showcases a refined version of the fight to cast out a demon showcased in January, this time rewarding the player with an animation playing when the demon is defeated.

We already know that the Kickstarter campaign is coming in May.

If you’re unfamiliar with the game, which will come to PC via Steam, you can read an official description below. You can also take a look at an earlier video and at the recent Christmas trailer.

“Go back in time over 2,000 years and follow the same path as Jesus Christ, from his baptism to the resurrection. Inspired by the New Testament stories, ‘I Am Jesus Christ’ is a simulation like no other.

Are you prepared to fight with Satan in the desert, cure the sick and help the needy? Perform over 30 iconic miracles from the feeding of the 5,000 and healing lepers to the calming of the sea and giving sight to the blind.

Recharge the Holy Spirit’s power through prayer as brand new concepts work in conjunction with timeless tales. ‘I Am Jesus Christ’ is inspired by the New Testament and hopes to spread the Gospel uniquely and engagingly.

Journey through over 10 hours of gameplay across the desert, water and mountains. All culminating in the famous story of Christ’s crucifixion and resurrection.”