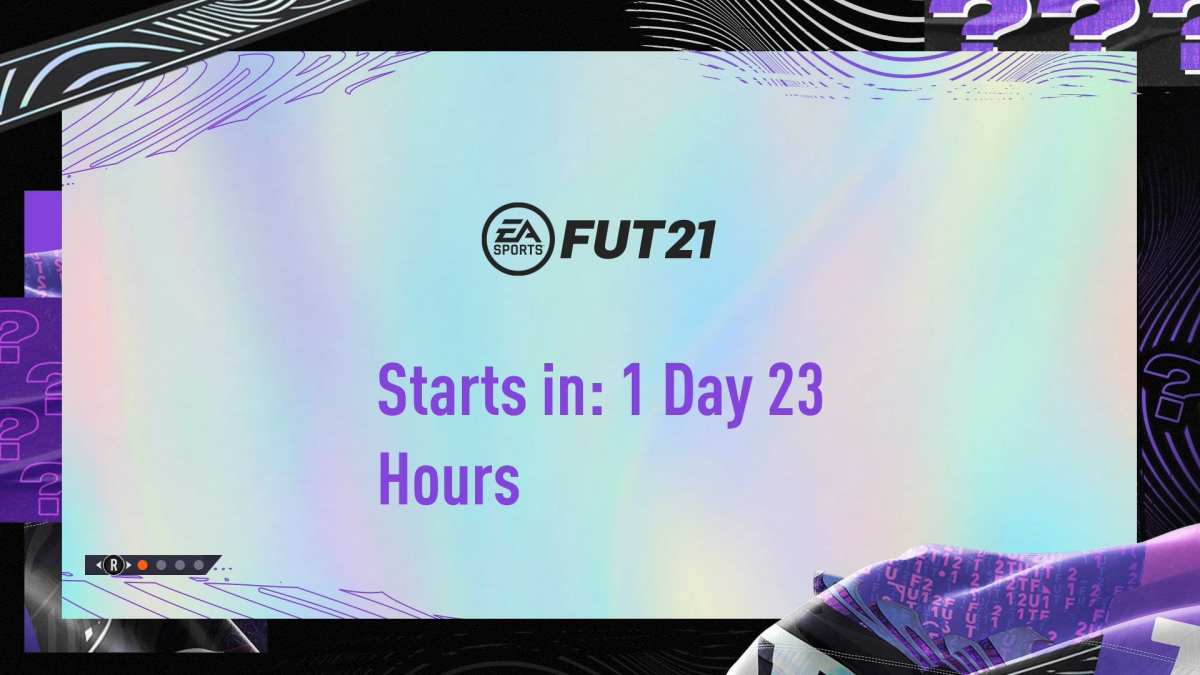 Following rumors circling this week, EA Sports has confirmed that a never before seen FIFA promo, What If, will arrive in FIFA 21 at the end of this week.

While unsubstantiated rumors have flown around all week, it was leaked via the Xbox Store as part of an advertisement earlier today, and now the game’s creators have revealed that a new promo is starting on Friday.

You can see the color scheme via the FIFA 21 Ultimate Team loading screen, which matches the card design in the Xbox leak. While EA Sports has not officially confirmed that the promo will be called What If, the rumors, Xbox leak, and matching loading screen reveal make it 99% certain.

Since it is a promo that’s new to the series, no-one knows exactly what it will entail.

It’ll likely be a flashback based promo of sorts, looking back on current players and how their career might have panned out if things had been a bit different. Players often start their soccer careers in positions that are different to those they end up in, so What If could follow that kind of theme in FIFA 21.

Think something like a LB Gareth Bale (which EA would love), a Manuel Neuer midfield card, or something silly like a CB at ST, each with their stats changed to fit their new position.

The new promo will start at 1pm ET on Friday, Feb. 26, as revealed in the loading screen, and the team that’ll inevitably come to packs will be announced at the same time.

Also, it’s likely that further teases come from the loading screen in FIFA 21 between now and Friday, so keep an eye on it. We’ll have all the information you need on What If here at Twinfinite once it begins.