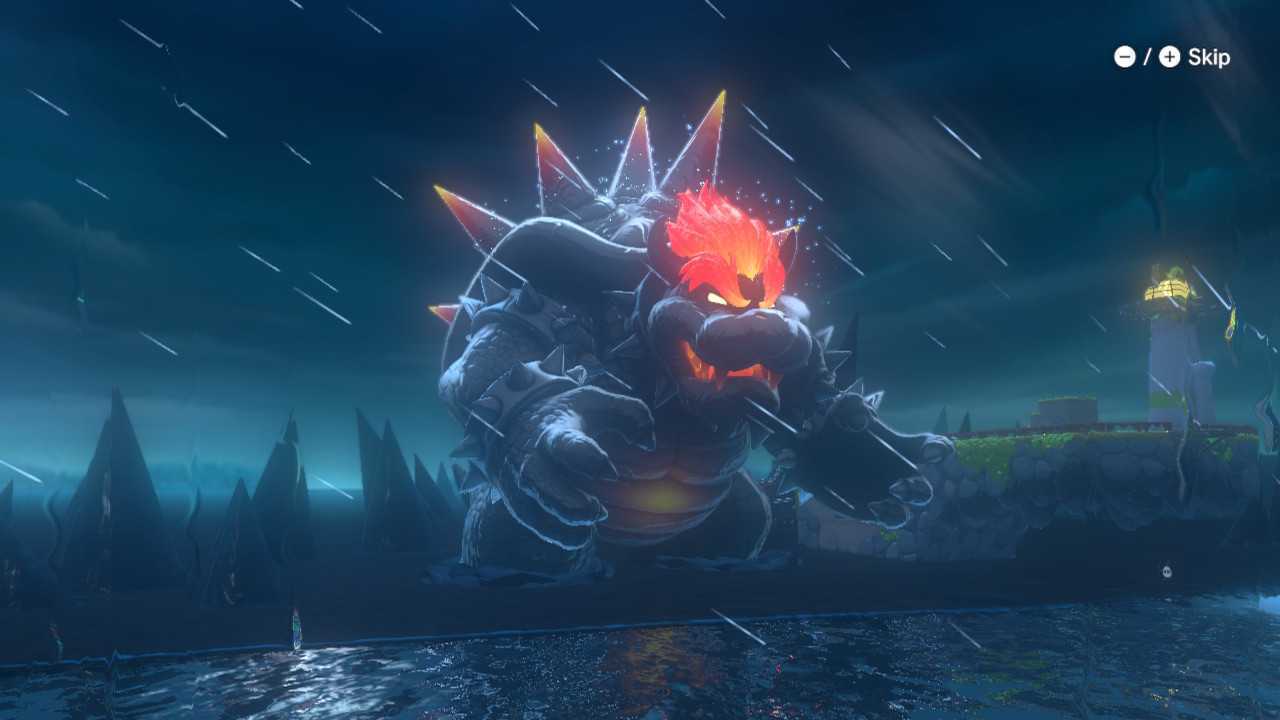 In order to access Trickity Tower you’ll need to collect five Cat Shines and fight off Fury Bowser using the Lakeside Giga Bell. The island has five new shines that can be completed immediately upon arrival. In this guide, we’ll show you how to get all of the Cat Shines in Trickity Tower in Bowser’s Fury.

Getting All Trickity Tower Cat Shines in Bowser’s Fury

So Close Yet So Far

Once you reach the island you’ll see the first shine standing directly in front of you. Problem is, there’s an invisible wall you’ll have to get passed before you can grab it.

First, head past the three wooden crates to find a spike throwing spikey traps down a ramp. Carefully head up the ramp and to the left you’ll find another Spike, continue that way.

You’ll find a large stack of wooden crates, ground pound to the bottom of them and continue along the path making your way around the tower.

Head up the stairs to find another ramp with two spikes throwing logs at you. On the opposite side of the bottom of the ramp, you can grab a star power-up in an invisible block to make the trip up a little easier.

Once you get past that, you’ll be at the top of the tower where you’ll find multiple spikey logs spinning around. Move past them into a whole in the center of the tower, falling down to the shine.

The first coins are in a straight line; just walk forward, around the tower, and forward again. The next set appear in a zigzag along the ramp.

At the top, turn left and run forward, grabbing the coins in a line and up the stairs. Turn left and grab the last few on the stairs and drop down

The next set is pretty straight forward, just use a fire-flower to reveal your path. Make your way around to the right side of the tower to get to the next set which is also straightforward until the end.

You’ll need to jump over to the last 6 coins, so be careful not to fall off or you’ll have to start over.

The shine will spawn next to the blue button at the start.

Leave and return once more to find a purple button in place of the blue button from earlier. Ground pound it and a series of white and yellow blocks will spawn. Using the cat suit will make this a cake walk.

Climb the blocks to the right, then take the invisible platform forward to the blocks on the other side.

Climb the next set of blocks and follow another invisible platform to the last section.

There will be one final invisible platform next to the white block with the cat shine on it.

2. The second shard can be found on the first ramp, right above the Spike enemy.

3. Shard three can be found on an individual invisible platform near the tower’s second level, right before you reach the double Spike throwers.

4. Behind the double Spikes, you’ll find an invisible platform with a staircase leading down, follow it to reach the fourth shard.

5. The final shard can be found on a separate platform once you reach the tower’s top layer. You’ll need to make a bit of a lengthy jump to reach it, so a power-up like the Tanooki suit can definitely come in handy here.

The fury blocks can be found on an invisible platform behind the island’s Lighthouse. Walk up the invisible ramp to reach it and get Fury Bowser to destroy the blocks with his fire breath to retrieve the shine.