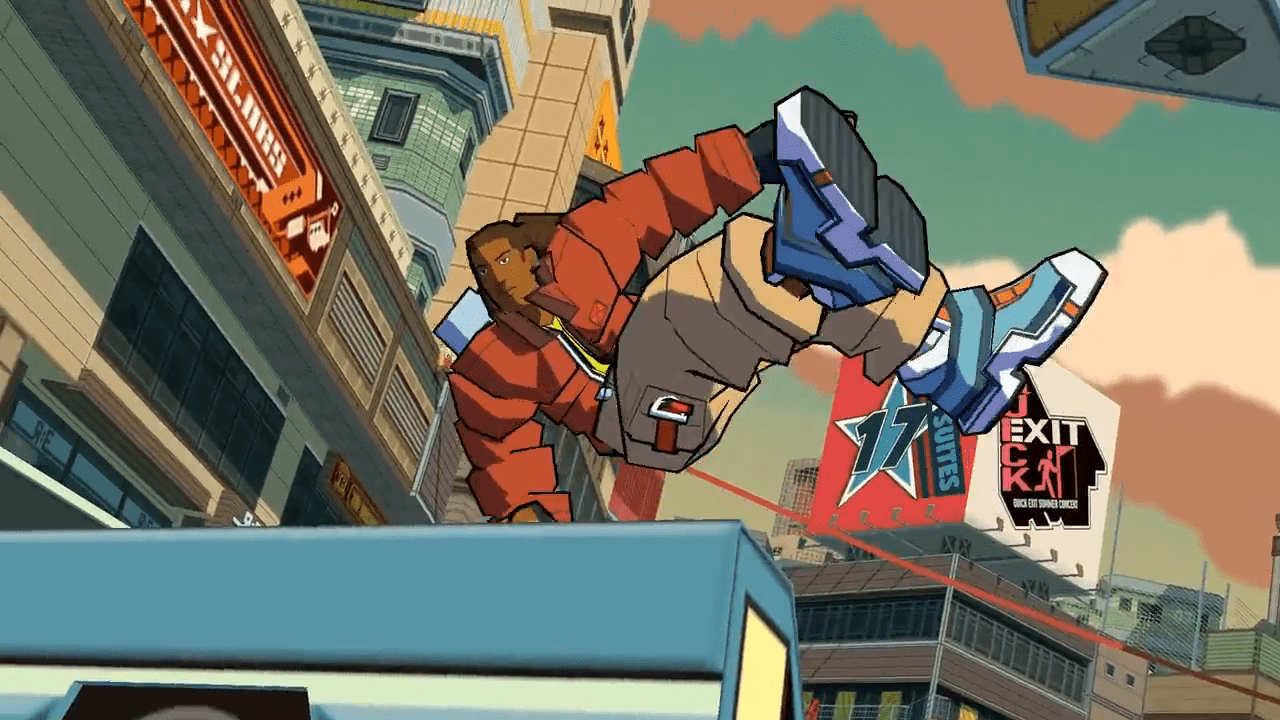 Players take control of Dion Koster, a streetwise graffiti artist donning a personal boost pack that helps him reach dizzying heights to paint his artistry. Players are tasked with starting their own gang as they dance, paint graffiti, perform tricks, and face-off with police to stake their territory across a sprawling futuristic metropolis.

As you’ll hear in today’s trailer, the action takes place to the awesome beats of Hideki Naganuma.

Other notable key features Team Reptile thought worth listing include is the fact that players will apparently “encounter a lot of weirdos.” Sounds interesting…

Take a first glimpse at the upcoming action below.

There’s no release date for Bomb Rush Cyberfunk quite yet, though Team Reptile has suggested that it will launch across all major platforms. For now, you can check out the game’s Steam page for more information.