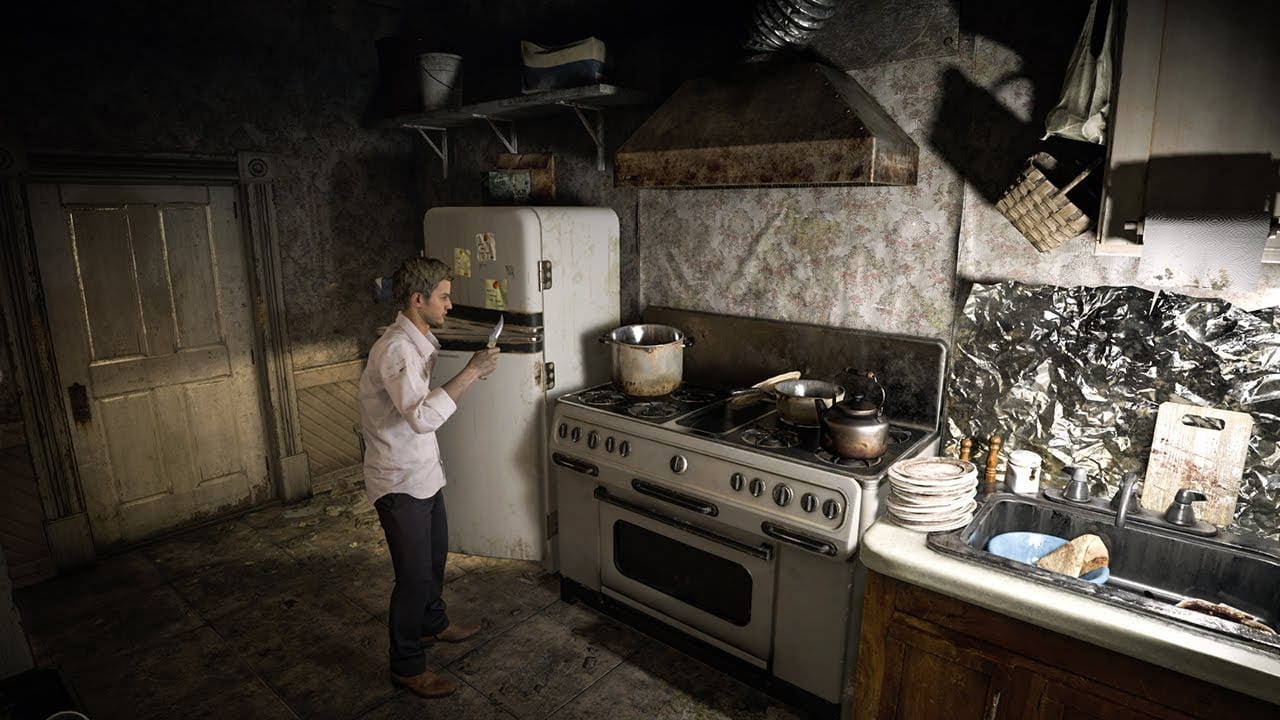 Resident Evil 7’s first-person perspective marked a major shift in design philosophy from Capcom when it launched in 2017, abandoning the over-the-shoulder third-person view from previous games which was itself an evolution of the classic 90’s games with their fixed camera angles.

Moving forward, it seems to be the perspective around which all future Resident Evil games will be built outside of remakes. This has, for the most part, been received as an exciting new chapter for the franchise as a whole, but understandably not everyone is on board.

So, for those craving a nostalgia trip, there’s a fan-made RE7 mod project that showcases what might have been had Capcom stuck to its roots you really have to check out.

As you’ll see in the video, it’s more of a tech showcase than a functioning version of the game. The effect is achieved by combining a free camera script (buried within this third-person mod) with another that adds a head to protagonist Ethan Withers (necessary for third-person play unless you want to really terrify yourself).

For now, it’s just a demonstration of Ethan moving around the Baker’s mansion, but Enveloping Sounds has promised a second part coming soon that hopefully includes a bit of action.

Make sure you have a good look through Enveloping Sounds’ other videos because there are a bunch of other fixed angle showcases for RE2 and RE3 Remake.