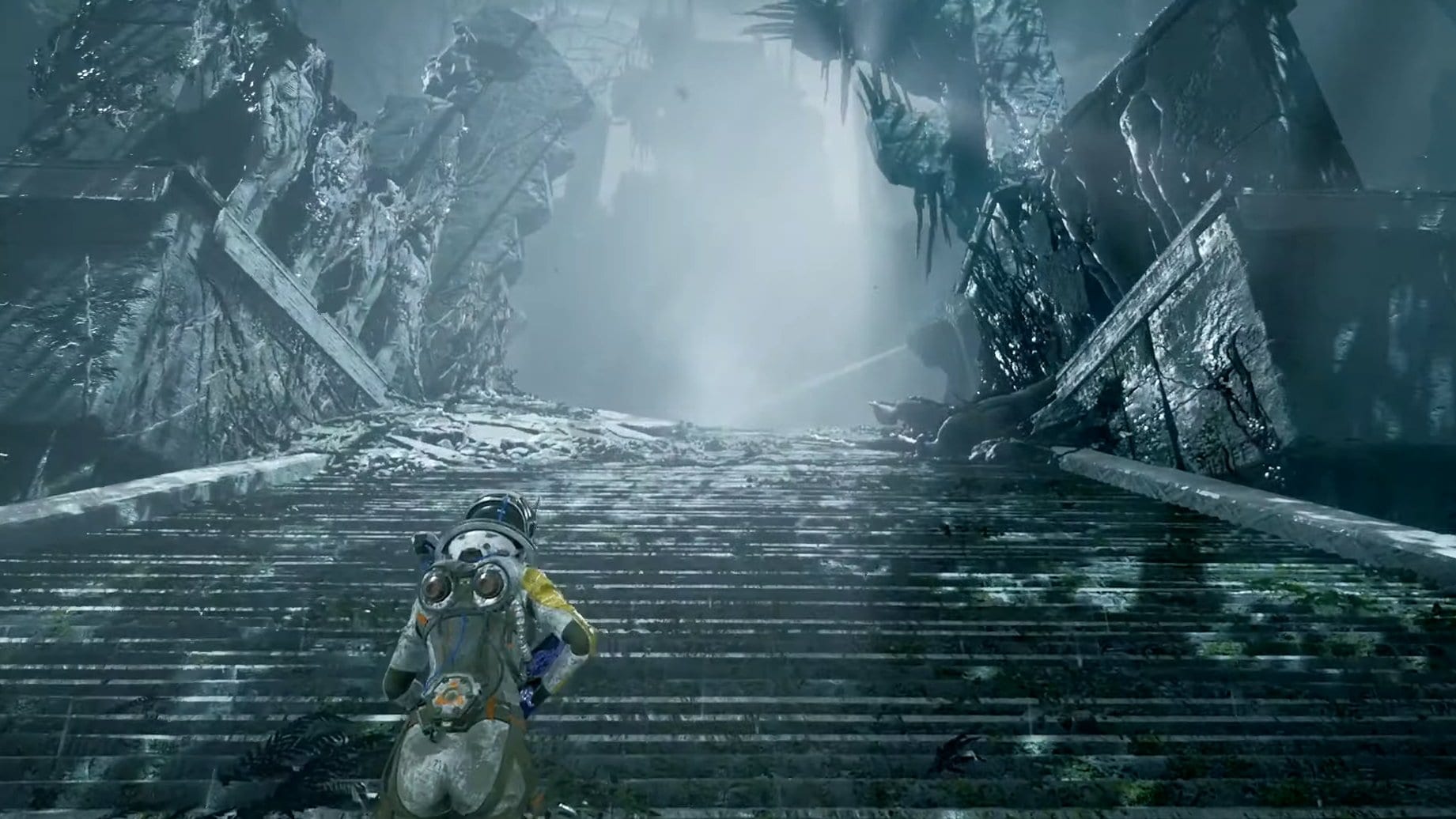 Krueger describes Returnal as a “bold” project that champions Housemarque’s core –and familiar– gameplay philosophies but with “a new dimension of ambition and complexity added to the mix.”

As the two discuss the studio’s vision for Returnal as a montage of new footage illustrates their points, and it really does look like a high-budget, third-person Nex Machina. You’ll notice the character dash through waves of bullets in intense gunfights that playout just like a bullet-hell experience.

Unlike its previous 2D games, though, Returnal’s level design is built around incorporating lots of verticality, while the tempo and focus on momentum is all about encouraging players to experiment with traversal. In addition to jumping and dashing there’s also a grappling hook to really boost across areas at pace.

The discussion also highlights Housemarque’s commitment to creating a tactile gameplay experience that really feels fun to play. And yes, that includes using PS5’s adaptive triggers and haptic feedback to enhance immersion. Notably, the game features a fully customizable control layout so players are able to tailor the experience to their preference.

The discussion concludes with Krueger giving his take on the challenges of replicating the intense 2D avoidance-style gameplay of traditional arcade games, and how the studio has translated that to Returnal. In particular, features such as different enemy types, weapons, on-screen indicators, and audio design in order to help it feel as intuitive as Housemarque’s previous titles.

Returnal is a PS5 exclusive coming later this year, March 19. You can check out the cinematic that first the game during PS5’s Future of Gaming event last year here. For previous episodes of Housecast, see the studio’s YouTube channel.